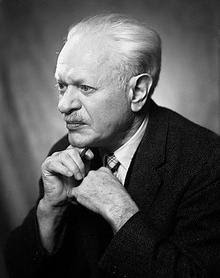 Lengthy sleeplessness in the wee hours, whatever the overworked clerks of sentience use for pincers (or forceps) roving the void (or surge) without purchase. Or gripping some solitary thing, some small outcrop (or plum) of the sheer blankness (or welter), and putting it to the scale. Niggling it, worrying it endlessly the way the blunt tongue returns to rout about in a cavity, its rough expository surface become a seeming continent. Kenneth Burke, in “The Status of Art” (out of the 1931 Counter-Statement), talking of Kant’s proposed “‘purposiveness without purpose’ (Zweckmässigkeit ohne Zweck) as a formula for the aesthetic” and how the formula marks “the emergence of a ‘use’ criterion” for art. Burke points to Remy de Gourmont’s “complete reversal of standards” against “use”: “ridiculing the ‘serious’ as a democratic preference, and insisting that the things of essential human value were gratuitous, hardly more than unforeseen mutations, qualities obtained in spite of society, and worthy of cultivation even though they might be found, not merely useless, but positively subversive to social ends.” Solitary ludic outlawry against earnest societal toil. Though Burke points out, too, how such “ironic detachment is a difficult position to uphold when men are being copiously slaughtered”:

Disciples of Art for Art’s Sake might advocate art as a refuge, a solace for the grimness about them but the spirit of social mockery could no longer fit the scene. One can mock death, but one cannot mock men in danger of death . . .

Earlier, though, in “Three Adepts of ‘Pure’ Literature,” Burke had quoted de Gourmont (who, he writes—in a lovely line—“never forgot that a man is of no more important in relation to the stars than a grasshopper”) saying “Man is not at the pinnacle of nature; he is in nature, one of the units of life, and nothing more” and noted de Gourmont’s declaring the sufficiency of the theorem: “What is useful to the bee is useful to the hive.” Ambivalence of the removed, the un-ironically detached, the hardly wholly removed. See, too, Thoreau (A Week on the Concord and Merrimack Rivers):

Let not the poet shed tears only for the public weal. He should be as vigorous as a sugar-maple, with sap enough to maintain his own verdure, beside what runs into the troughs, and not like a vine, which being cut in the spring bears no fruit, but bleeds to death in the endeavor to heal its wounds. The poet is he that hath fat enough, like bears and marmots, to suck his claws all winter. He hibernates in this world, and feeds on his own marrow. We love to think in winter, as we walk over the snowy pastures, of those happy dreamers that lie under the sod, of dormice and all that race of dormant creatures, which have such a superfluity of life enveloped in thick folds of fur, impervious to cold. Alas, the poet too is, in one sense, a sort of dormouse gone into winter quarters of deep and serene thoughts, insensible to surrounding circumstances; his words are the relation of his oldest and finest memory, a wisdom drawn from the remotest experience. Other men lead a starved existence, meanwhile, like hawks, that would fain keep on the wing, and trust to pick up a sparrow now and then.

The enclosing white burr of fatigue is the hibernaculum wherein I suck, and claw . . .