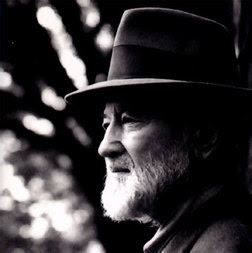 
Thinking of Charles Ives’s splendid contempt for the institutional trappings* of art, how he muttered that “prizes are the badges of mediocrity” and gave away the five hundred dollar Pulitzer Prize in Music (awarded twenty or so years after he’d quit writing music): “Prizes are for boys. I’m grown up.” How Ives put together a volume called 114 Songs (1922), “privately printed and distributed without copyright and free of charge,” thinking maybe “the average person able to tinker a little at the keyboard” would play the songs. “No one was expected or allowed to pay for them. They were sent to libraries, music critics and musicians, and to anybody else who asked for them.” Out of the terrific postscript to 114 Songs:

A housecleaning then. Or is it the work of a pragmatist? (Ives earlier suggests how he’d assumed the printing of the book “primarily in order to have a few clear copies that could be sent to friends who from time to time have been interested enough to ask for copies of some of the songs,” admitting, though: “the job has grown to something different; it contains plenty of songs which have not been and will not be asked for.”) Or is it something somewhat feistier, a challenge and a defiance?

For some such or different reasons, through some such or different process, this volume, this package of paper, uncollectable notes, marks of respect and expression, is now thrown, so to speak, at the music fraternity, who for this reason will feel free to dodge it on its way—perhaps to the paper basket . . .

Ives’s final harangue is a marvel, the song itself declaring its sovereignty, its refusal “to swallow ‘hook and bait’”—rejoice for all the demands licit and illicit of any art that girds up in its own duds and attempts to climb up in the American tree (a “lieu” routinely guarded by even the meagrest of its habitués, call it the American coop) . . .

Some of the songs in this book, particularly among the latter ones, cannot be sung, and if they could, perhaps might prefer, if they had a say, to remain as they are; that is, “in the leaf”—and that they will remain in this peaceful state is more than presumable. An excuse (if none of the above are good enough) for their existence which suggests itself at this point is that a song has a few rights, the same as other ordinary citizens. If it feels like walking along the left-hand side of the street, passing the door of physiology or sitting on the curb, why not let it? If it feels like kicking over an ash can, a poet’s castle, or the prosodic law, will you stop it? Must it always be a polite triad, a “breve gaudium,” a ribbon to match the voice? Should it not be free at times from the dominion of the thorax, the diaphragm, the ear, and other points of interest? If it wants to beat around in the park, should it not have immunity from a Nemesis, a Ramses, or a policeman? Should it not have a chance to sing to itself, if it can sing?—to enjoy itself without making a bow, if it can’t make a bow?—to swim around in any ocean, if it can swim, without having to swallow “hook and bait,” or being sunk by an operatic greyhound? If it happens to feel like trying to fly where humans cannot fly, to sing what cannot be sung, to walk in a cave on all fours, or to tighten up its girth in blind hope and faith and try to scale mountains that are not, who shall stop it?

—In short, must a song
always be a song!

*Ives: “If for every thousand dollar prize a potato field be substituted, so that these candidates of Clio can dig a little in real life, perchance dig up a natural inspiration, art’s air might be a little clearer—a little freer from certain traditional delusions: for instance . . . that atmosphere and diligence are synonymous. To quote Thoreau incorrectly: ‘When half-Gods talk, the Gods walk!’”