Cold. Bicycling through the streets, skittish, odd phrases keep appending, like caudal fins: “chiliastic mastodon,” “contumely of a mesmerist,” “the mannerist mindfield.” Thus the ponderable words of Lord Bacon append’d to a story attach’d to an anonymous piece call’d “Hints to Authors” in the initial issue of that sterling rag, John-Donkey (1848):

“Oysters are quiescent, bibulatory of seawater and bearded. The human mind luxuriates in the vague and mysteresque as a pike in a fish-pond. Hence springs that longing after the immortal which pervades the universe. Hence lovers engrave the names of their heart’s idols upon gate-posts, with their jack-knives.”

The piece itself: snotty and unjust. “Preface your production by a number of quotations, from as many languages as possible. It is not necessary that these should have any reference to the subject, indeed, that they should have any meaning. Your purpose will be sufficiently answered, if you impress your reader with a belief that you are a profound linguist and an untiring reader.” Add’d, amongst numerous, exemplary:

“But to my story.” Isn’t it of consequence—and “normally” pooh-pooh’d royally all up and down the continent—that such unwill’d effusions (fleet magnanimous soundings in the dark) be the entablature of one’s own particular column of truth, the soi-disant froth of its days (l’écume des jours)? Think of Henry Miller’s sentence in Tropic of Cancer: “Last night Boris discovered that he was lousy.” How it is only explain’d by its subsequent: “I had to shave his armpits and even then the itching did not stop.” Miller’s book arrives with a tidbit of Emerson append’d in the way of pleading sophistick: “These novels will give way, by and by, to diaries or autobiographies—captivating books, if only a man knew how to choose among what he calls his experiences that which is really his experience, and how to record truth truly.” Big if. (Mid-romp one jostles up against some Miller lines to Anaïs Nin (dated 21 February 1939), pertinent to the raffish and unrefined hellboundedness of the “occasion”:

The most solid materials perish, as do the mightiest thoughts. And the greatest book ever written can convey only a tiny fragment of the artist’s real emotion. No, we are only building tombs for posterity to admire with our words. We are trying to record the changing ego, but the Self will not be revealed thus. We are only throwing off sparks. . . .
While one sits in the body of the Whale recording the changing temperature, mapping and charting the inner dynamism, the great whale itself is plowing through the deep. We must drop the pen, the pencil, the brush and become the whale itself. The real experience lies yonder, in the deep waters through which the whale is swimming. You think you are nourishing the world—but you are only nourishing the whale . . .

Limits of the Jonah perch.) Truth is, I batter about consumingly, pulling krill and copepodal swarms up out of the constant watery broth: it is one manner of attending, will’d. Honoring the idiocies of the rapture, its origin in the unprompt’d accidental. Giorgio Agamben notes (in “Poiesis and Praxis”) how the Greeks, making poiesis and praxis distinct, claim’d “the essence of poiesis has nothing to do with the expression of a will.” The “poor dumb slob who can’t help writing” perch. I swim with that.

196. Pure autobiographies are written either by neurotics who are enthralled by their own egos, a class that includes Rousseau; or out of robust artistic or adventurous self-love, like that of Benvenuto Cellini; or by born historians who consider themselves nothing more than the raw materials for historical art; or by women who are playing the coquette with posterity as well as with their contemporaries; or by worrisome people who want to clear up the least little speck of dust before they die and who can’t bear letting themselves depart this world without explanations. Or else they are to be viewed as nothing more than plaidoyers before the public. A sizable proportion of autobiographers are actually autopseudists.

Lovely. Mocker of the categorical though one be, oughtn’t “we” be assigning Schlegel’s here to the numerous vain plaidoyers of The Grand Piano, now, apparently, “finish’d”? On verra. (The subsequent remark found in the “Athenaeum Fragments”: “Hardly any literature other than ours can exhibit so many monstrosities born of a mania for originality. Here too are we proved Hyperboreans. For among the Hyperboreans asses were sacrificed to Apollo who would then take delight in their marvelous leaps.” Mysteresque.) 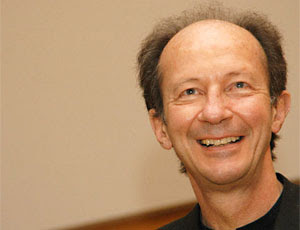