Marianne Moore quoting William James: “Man’s chief difference from the brutes lies in the exuberant excess of his subjective propensities. Prune his extravagance, sober him, and you undo him.” And Charles Olson, quoting Herman Melville in Constantinople (where “He ranges the polyglot city wildly, writes about it extravagantly”): “You loose yourself & are bewildered & confounded with the labyrinth, the din, the barbaric confusion of the whole.” (Kit Robinson, in a piece call’d “Live Air” in the new Gerry Mulligan, says “But literature is only that which isn’t, cut into / strips and wrapped around that which is”—papier-mâché swelling the complacent present armature—and, later: “Spontaneous reboot.”)

Lacking all spontaneity, I used to try to run a botch’d red Toro around the yard (mostly gone to crab—some locals say “quack”—grass and weeds, sorrels and plantains and mosses) that required exhausting and strenuous yankings to catch—choke in, choke out, done flood’d the fucker—wore my arm out. One thinks of that, trying to ignite thinking—or its mossy “manse”—with little piles of borrow’d language, feeding it continuously in lieu of . . . what? Seeing what the sluggard self’s drug up out of its leafless pantomime of sleep, tree’d by the hounds of desire? Suffering under the williwaw of a cold, its conjunct and vise-grip, forceps against the temples. That explain anything? Damn mower.

Walter Benjamin begins one early piece with the sentence: “Sheet of paper has gone missing; must look for it at home.” With a summary of purport’d content, inadequate (“1. The discussion of the concept of ‘system’ and the doctrine of the extinguishing of intention in the truth, explained in terms of the veiled image of Sais. 2. Discussion of the concept of ‘essence’ as the mark of truth.”) Is it a joke? (A footnote refers one to a parallel remark: “Truth is the death of intention. This, indeed, is just what could be meant by the story of the veiled image of Sais, the unveiling of which was fatal for anyone who thought to learn the truth thereby. It is not some enigmatic cruelty in actual meaning that brings this about, but the very nature of truth, in the face of which even the purest fire of the spirit of inquiry is quenched.”) And shouldn’t every writing begin so? Saying “I left it at home”—one way of accounting for the way intent’s burn’d off (that is to say, “fuel’d”) by writing.

Lisa Robertson, in R’s Boat: “I look up from my style.” Truth’s antiquarian ring. How little occupy’d the American writer is with the thus and such of “truth.” “Spontaneous reboot.”

Out of Robert Duncan’s The H. D. Book (University of California Press, 2011):

Something of what we are is up in the air, beyond our grasp, and wherever we are not sure of what is going on—as in the heavens then—a phantasy of our selves appeared.

Otherwise, other ways (as Charles Olson gave me the lead in his “Against Wisdom As Such” that our wise is not more or less than our ways), if there are not these roots in the sky, this place that is also a time of what must be—otherwise poetry is a litter. “Litterature,” Lewis Carroll called his collection of bits and starts out of which he put together Sylvie and Bruno. “The reader will overlook my spell,” he added.

In our time, Joyce, gathering up his mountain of litter, sorting and re-sorting, accruing scraps upon scraps, took a patron in that “Dodge-son.” He too made out of the mound of twenty-five years’ labor a pun upon literature and wrote a crawling language that must enter here, if only to play the adversary, for I have taken thought in this ground too. Like Milton, Joyce was blind. Finnegans Wake has its roots among letters and in the body, as if it were not moved by the stars. The work has intestinal fortitude, true to an internal chemistry. Its seasons are rounds of digestion. He had lost sight of the heavens.

The body’s shill demands. The body’s litter. The body as litter. Incidents drawn out of the story of the body as litter. (Lewis Carroll: “And thus it came to pass that I found myself at last in possession of a huge unwieldy mass of litterature—if the reader will kindly excuse the spelling—which only needed stringing together, upon the thread of a consecutive story, to constitute the book I hoped to write. Only! The task, at first, seemed absolutely hopeless, and gave me a far clearer idea, than I ever had before, of the meaning of the word ‘chaos’: and I think it must have been ten years, or more, before I had succeeded in classifying these odds-and-ends sufficiently to see what sort of a story they indicated: for the story had to grow out of the incidents, not the incidents out of the story . . .”) Olson, writing to Williams (“These Days”):

“He had lost sight of the heavens.” Looking for “the heavens”—the hid, the beyond, the “up in the air.” How little occupy’d the American writer is with the heavenly thus and such, the hid. Georges Perec’s two ways—“nostalgic (and false)” (Olson and Duncan):

To put down roots, to rediscover or fashion your roots, to carve the place that will be yours out of space, and build, plant, appropriate, millimetre by millimetre, your ‘home’: to belong completely in your village, knowing you’re a true inhabitant of the Cévennes, or of Poitou.

Or else to own only the clothes you stand up in, to keep nothing, to live in hotels and change them frequently, and change towns, and change countries; to speak and read any one of four or five languages; to feel at home nowhere, but at ease almost everywhere.

Nonce magisterial veering, and for naught, here umbrella’d by the botch of un-recuperant return. How one’s (subsequent, numerable) returns (to a writing) mar its sheen (making depths illisible?) That or the (diminishing, thanks) respiratory rout of phlegm, that etymon: how it allows my thus and such to ape my wildness so imperturbably, yea, self-possessedly. What begins by opening the throttle (upping the din), ends by damping it wholly down. Wittgenstein (Zettel): “Attention is dynamic, not static—one would like to say. I begin by comparing attention to gazing but that is not what I call attention; and now I want to say that I find it is impossible that one should attend statically.” Bah. 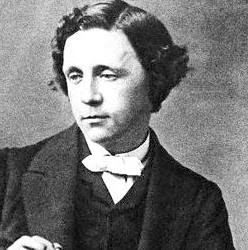 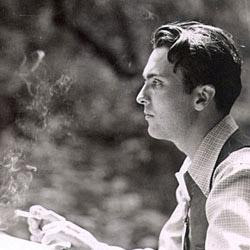