Kafka’s lines to Max Brod: “My whole body puts me on guard against each word; each word, even before letting itself be put down, has to look round on every side; the phrases positively fall apart in my hands, I see what they are like inside, and then I have to stop quickly.” And that sequence in Wittgenstein’s On Certainty:

617. Certain events would put me into a position in which I could not go on with the old language-game any further. In which I was torn away from the sureness of the game.

Indeed, doesn’t it seem obvious that the possibility of a language-game is conditioned by certain facts?

618. In that case it would seem as if the language-game must ‘show’ the facts that make it possible. (But that’s not how it is.)

Or Laura (Riding) Jackson’s plaintively cognizant shrug of unknowability, banging up against the limits of language, in The Telling (1972): “We know we are explainable, and not explained. Many of the lesser things concerning us have been told, but the greater things have not been told; and nothing can fill their place. Whatever we learn of what is not ourselves, but ours to know, being of our universal world, will likewise leave the emptiness an emptiness. Until the missing story of ourselves is told, nothing besides told can suffice us. We shall go on quietly craving it.” Snow moving Brownian bumper-car style in the cellophane-color’d cones the streetlights toss down, stochastic battlefields of brunt cold zigzagging. What some weather front drug down out of Canada unseen. Morose crows. One clamors with the ready explicables, tidy mercenary substitutes, what outs of a Wednesday. Of course it says nothing, mere marginal creep attempting to enter the text. In the red maple, skinny’d down by incremental dying, a swart candelabrum: three waxwings, taper-smooth. (I made that “up.”) Barberry hedges the color of battery acid. (And that.) The event of the writing calls out against hesitancy (and directs itself astray).

Or it stops. Ruptured, débile. In agony with its utterances. Self-jitter’d, a jitney. (A conveyance and a coin.) Is it a failure to attend (to the corpuscular demands of the moment—its seizures, its resistances, its sudden distendings)—or is it some Heckle and Jeckle insobriety of attending, a gazetteering magpie’s constant wayward gleaning of facts and foibles? Truth is, there’s too much of it. If—a phrase I cotton’d to in my janitoring days—“dirt breeds dirt” the way money makes money—one might note a kind of usury of the word. Rampant excess. Ineffectual rehash. Briefs without portfolio. (Pound’s late “Tempus loquendi, tempus tacendi”—quoting, Guy Davenport says, “Ecclesiastes, Malatesta, and Thomas Jefferson simultaneously”—is travail’d acknowledgement of such.) And so one turns to books, preying / praying, as to a voluptuary, or a curve. Out of Stevens’s odd “Arcades of Philadelphia the Past”:

. . . A man must be very poor
With a single sense, though he smells clouds,
Or to see the sea on Sunday, or
To touch a woman cadaverous,
Of poorness as an earth, to taste
Dry seconds and insipid thirds,
To hear himself and not to speak.

The strawberries once in the Apennines . . .
They seem a little painted, now.
The mountains are scratched and used, clear fakes.

Recalling somewhat Stevens’s “The poem reveals itself only to the ignorant man.” (Cf. Ammons’s remark that “A poet ought to keep himself just a little stupid.”) Too, and pertinent to the writer’s dawn-rosy nigh-excretory need irredeemable (versus the public-burdening burgeoning of writing’s innumerable “traps”), there’s Steven’s reply to a Partisan Review questionnaire call’d “The Situation in American Writing” (1939): “I do not visualize any audience. To me poetry is one of the sanctions of life and I write it because it helps me to accept and validate my experience. Writing poetry is one thing; publishing it is another. Often I wish that I did not publish it, because the act of publishing it invokes a seriousness different from the seriousness of writing it.” (Imagine, for a moment, Wallace Stevens parading “hit”-numbers à la Ron Silliman . . .) 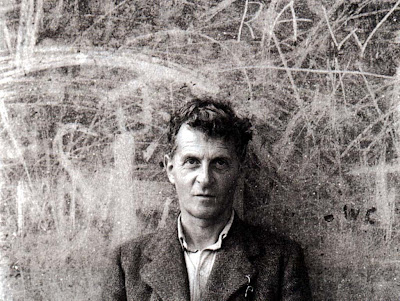