Thus no mention of: 1) big going away (to Japan) party for PW, inc. Dylan, Baez, poets, Hell’s Angels at (whose?) house in the Mission; 2) Berkeley Poetry Conference; 3) Kennedy assassination.

These are excerpts. Elision marks and anything between [   ] brackets are the editor’s.

C’est tout. Sauf obligatory thanks to the Whalen archives (Berkeley), Norman Fischer (“permission”), and Clark Coolidge (“technical help”). And a pertinent editorial nudge to the “community”:

Impossible to guess, exactly, what percentage of the whole the twenty or so pages assembled here represent: it is, though, a terrific snapshot, guerilla Polaroid. Some pieces—here, out of the initial entry dated (with that impeccable completeness that suggests a new page) “Sunday 4 August 1957 / Gray’s Meadows Camp / Inyo Nat’l Forest / near Independence, California”:

Here, like the summers I worked on the Skagit, I am conscious of little more than the absolute present. I feel free of the past & from myself. There is a continuous roar of water & a slight breeze, & I breathe & digest food noisily but “I” has temporarily stopped his usual noisy clamor, feelings of irritation, frustration, ambition, remorse, &c. The view of mountains, the immediate trees & water, & at night the stars—all can be looked at for any length of time & enjoyed as themselves. They require nothing—& I feel that I require nothing either. . . .
The question is, who’s writing this now, having these feelings, notions? Naturally, the same collection of habits & History that exists wherever this person happens to be.

Habits and history: what one senses, permeating the pieces: getting-by-with-handouts-and-rage poverty (“6/VII:65   In rage & panic, hungry, I sold half a dozen books for $2. I’m eaten almost all of it: The Iliad, a contemporary verse translation with Wedgwood illustrations, THE DESERT MUSIC, JOURNEY TO LOVE, THE 100,000 SONGS (xlations from Milarepa), and a Dante illustrated by George Grosz . . .”), nigh constant tumults of moving (“June 12, 1959—at a picnic table in Laurel Dell camp . . . I can’t stay here. I’m due to return this evening to the Zendo—where L. & I don’t have permission to stay, & where there must be some sort of explanation scene with Sandy, a pure drag, & will result in our going to gaol or worse, no doubt. Where will I be this time tomorrow?”), dogged by inability to write (peut-être, though, that’s precisely when one dashes to the notebook). (Against the writer’s block, one reads, too: “4:V:64   Yesterday & today I burned about four reams of paper—journals, short stories, uncompleted novels—junk that I’ve been carting about with me for 20 years.”) The Notebooks a miniature portrait of the writer’s perennial lot in these States, the first compromised irreconcilable of “How To Live, What To Do.” One answer: the “turn to prose” (by even the notational, the unfit). Whalen:

24:VII:58
. . . I write this in bed at 3:40 A.M. after a day of reading, almost continuous reading—(re-reading Tristram Shandy)—during which I kept promising myself “I will stop at the end of this chapter & try to begin writing again.” I didn’t actually stop until a few minutes ago.
I got into this pickle by starting a couple weeks ago with the notion that I must mend my prose style by perusing again the sedate pages of Johnson, the ironic epithets of Smollett, & the lively grace of Sterne. All that has resulted is an echoing of their sounds in my empty skull & bent reflections of their kinds of phraseology in current letters to my friends & in this place—a dismal conclusion to my original plan. In addition (or in diminution, rather) I feel a great lapse of my inventive & authorial powers. Although I have managed a page or two of prose (incredibly bad stuff) I have made no poem for several weeks. There were a few days during which I was able for hours at a time without any reading—a program of deliberate avoidance—& wrote some of the feeblest prose since the time I was writing college essays. I flattered myself that as expository writing—passages of utilitarian description—they would serve as a part of the latest “novel” project—but those pages, & the “project” itself are far from what it is I yet must begin & finally complete. The idea of a long book in the manner of the Prose Take I’m printing in Chicago Review is nauseating to contemplate. A page or two of it makes a sort of prose poem—but even that is annoying, tiring to read. And it was written under a drug & drugs are impossible to come by, & I wouldn’t risk my health by using a drug for long enough time to write a complete book in that same style. I prefer, I suppose, THIS—which is equally nervous & nowhere.

until all I can hear is birdsound in the greypurple a.m. nowhere. Saturday morning goodbye green dictionary blue & white striped tobacco-can Nirvana hello. This is the report of the committee against whatever and so forth screaming white laundry over the side fence behind the kitty wants in window geranium all night feather-trill MORNING. Pointless pipes birdfeet around the black wires (beware the imprisoned pound von Ezra parked singing in Saint Elizabeth Dogpatch Loonybin Washington quarter to ten). More of us will perish, M—, poor grass widow of the millionaire selling dresses from artificial hoked-up Parises in Tashkent afternoon brightlights, voluptuous M— turned vendeuse with sidewound hair while her exhusband exhausted (millionaire) peddles Earthworm Tractors to the lost black arab farmers in Angola. (He never learned Portuguese but sends handmade Vedanta Christmas-cards to all his friends.)
The pressure on or in my skull, the roar of the gas (the room is full of carbon dioxide . . . breathing kills us) it is the end of a long romance between what and whom i.e. me, which I like to claim is sick and tired of nothing at all and so. . . . SOMETHING, namely this:

Etc. There’s more’n a modicum of truth to Whalen’s sleek assessment of: “annoying, tiring to read.”

Historical notes: names and factoids mostly skin by with little or no analysis, leading to odd conjuncts: “11:XI:60 . . . Tibetan section in Museum of Natural History! & met Larry Rivers & Brendan Behan & John Hollander & saw Ashley Montagu at Grove press offices. Blah.” Though some tiny glimpses into literary politics—here suggesting The New American Poetry probably shouldn’t be consider’d in the revisionist “one big happy” tent of outlaws way it seems to be by some of its partisans. Whalen:

30:VIII:64 . . . Duerden was here all evening to discuss the literary scene, putting me down for contributing to the Don Allen / Robert Creeley anthology—I told Duerden that I knew Creeley & D. Allen think of me as 2nd rate, lightweight, &c. Duerden says I should write novels . . . drunk or sober he enjoys railing at Creeley / Olson, 1/2 admiringly against Duncan & Co., 1/2 pro-Spicer, etc.—he seems to believe that all these plus Donald Allen really DO “control American literature” * What if Duerden is correct? If he is, why does he bother to write—why should I bother, &c &c &c? * Brautigan came back from Pt. Richmond: we all talked about poverty & how to raise money & what weird kind of books we might write in order to sell. But we are penniless & we are worried in spite of our hilarity.

(Too, a few lines about the Vancouver Poetry Conference: “26:VII:63 . . . an excitement & a warring & a love-feast . . . I fell as if I’d alienated all the other poets—Olson already 1/2 mad at me—Creeley newly angered?—Duncan pretending I don’t exist, along with Denise Levertov & Margaret Avison, who are of the same persuasion . . . AG alternately attacking & praising me.”) 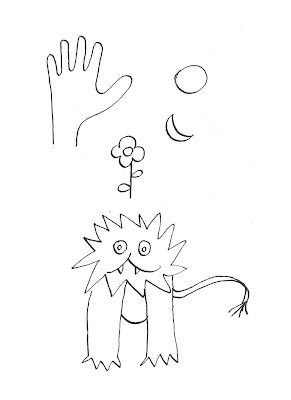 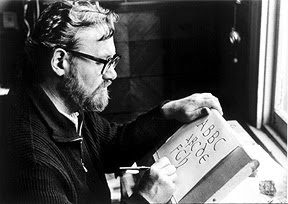