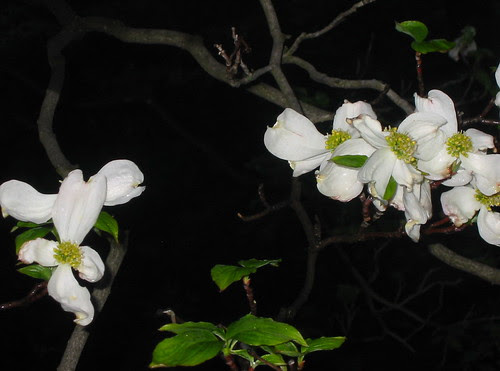 What to make of a piece titled “Crows in a Hundred Postures”:

Along the snowy paddy ridge
crows shuffle on in a row

On the snow in the snowy paddy
a crow waddles, waddles

His beak in the paddy snow
a crow keeps himself still

Written circa 1926 by Miyazawa Kenji, three years after Wallace Stevens self-publish’d Harmonium with its “Thirteen Ways of Looking at a Blackbird.” (Not a result, rather, a near simultaneity, something “in the air.” Who—Ronald Sukenick or Steve Katz—suggest’d that the turn to a high degree of self-reflexity and hijinx in postmodern fictions occur’d exactly so: “as if all of us were waiting for a light to change, it did, and we all crossed together.”) And: it’s unlike Stevens’s poem in a number of ways, exhibiting both a diminish’d variety of poses—no “bawds of euphony” here—and a narrative gist—of emptying out, of shifting scale—that is seemingly not a “poem of the mind in the act of finding / What will suffice.” Rather (a poem of) a rice paddy with crows in the observable (exterior) world.

The poem’s out of the fifth volume in the Pierre Joris and Jerome Rothenberg edited series “Poets for the Millennium,” a book titled simply Miyazawa Kenji: Selections, edited and with an introduction by Hiroaki Sato (University of California Press, 2007). Sato is, too, the translator for the majority of the pieces. Geoffrey O’Brien provides a foreword (“A Modernist in the Mountains”) and there is a short final section “On Miyazawa Kenji,” with critical pieces by Tanikawa Shuntarō, Yoshimasu Gōzō, and Michael O’Brien. Glossary and bibliography. A tidy pack of essentials.

Kenji, born in 1896 to a somewhat affluent family, as a young man apparently reject’d a mercantile career and turn’d to a decidedly radical (and nationalistic) school of Buddhism, the Nichiren-shū, and began identifying himself as an ashura, one of the “unenlightened beings” of this world, above beasts in the “six realms,” though below humans. Such ashura (or asura in Sanskrit) are, as Sato notes, quoting one glossary to the Lotus Sutra, “fond of fighting and quarrels . . . constantly at war with various heavenly beings,” though, too, quoting Burton Watson’s translation of The Lotus Sutra they “constitute one of the eight kinds of nonhuman beings who protect Buddhism.” (Poet as ashura, quarreling, “protecting” the language.) Kenji’s only book—self-publish’d in 1924—is titled Spring & Asura. In a letter to a friend in early 1920, Kenji worries about ending up in a position where he “wouldn’t be able to read a single page of a book,” and talks of working for ’s pawnbroker and used clothing shopkeeper father amidst “old cotton for futon, grimy cold children’s clothing, blackish pawned goods, a frozen store curtain, blue envy, dessicated calculation . . .” And writes:

Anger flares up and my body feels as though it has entered alcohol. Sitting at a desk and remembering someone saying something, I suddenly feel like smashing the desk with my whole body. Anger looks red. When it’s too strong the light of anger becomes so luxuriant it rather feels like water.

Truncating a truncated life (Kenji died of tuberculosis in 1933 at the age of thirty-seven): he left shopkeeping, he taught, he determined to become a “real peasant”:

Next spring I will quit teaching and become a real peasant and work   Out of various bitter hardships I foresee things like burrs of blue vegetables and flashes of poplars   I have changed quite a bit from what I was in the Morioka days   In those days I was only thinking of a flow of water like transparent cold water nymphs now I pray for rice seedling beds and faintly muddy warm water by a grass-growing dam in which many microorganisms pleasantly flow my feet dunked in it my arm dunked in it myself repairing the water outlet.

Wherein is hinted the kind of language Kenji’s poems come to inhabit—an odd combination of direct, colloquial speech and the languages of agriculture, science, “technical” matters. (The section in Sato’s introduction on the Japanese “movement called genbun-itchi, meaning “unity in speech and writing”—a decided shift from bungo, “literary language,” to kōgo, “colloquial or spoken language,” one of the outstanding moves of Japanese modernism (and one seminally attach’d to nationalism, too, largely in its relation to a movement to abolish the use of Chinese characters in written Japanese), is excellent.

Remind’d again of Stevens’s “poem of the mind in the act of finding” in reading of Kenshi’s idea of the mental sketch, (Kenshi’s English) or shinshō sketch, what he claim’d to be doing in writing, insisting that all ’s pieces were “no more than coarse and hard mental sketches I write down under various conditions while no legitimate study is allowed, as long as circumstances allow, every time I get a chance, in preparation for a certain psychological work.” Continuous furious scribbling in pocket notebooks.

In the twenty-two months, which I perceive
lie in the direction of the past
I have linked these pieces on paper with mineral ink
(they flicker with me,
everyone feels them simultaneously)
each a chain of shadow and light
mental sketches as they are,
which have been kept until now.

About these, the man, the Galaxy, Asura, or the sea urchin,
eating cosmic dust breathing air or saltwater,
may each think up a fresh ontology,
but any one of them too will be no more than a scene in the mind.
Yet certainly these landscapes recorded here
are as they are recorded;
if they represent nothing, that’s the way nothing is;
to some degree this holds true of everyone
(because just as everything is everyone in me,
so I am everything in everyone)

But while these words, supposed to have been copied correctly
in the accumulation of the vast bright times
of the Cenozoic era and alluvial epoch,
already change their structures and contents
in the light and shadow that’s equal to a dot
(or in Asura’s billion years)
the tendency could be there
that both the printer and I
perceive them as unchangeable. . . .

Truncated by half. Typing, I think of A. R. Ammons (“So I said I am Ezra” and the changeable self in the changeable landscape, that flux and suasion, and the technological claptrap of the age never avoid’d, see Garbage), I think of Whitman (Kenji apparently read the work of the “mystical socialist” Edward Carpenter, follower of Whitman), and I think, again, of Stevens (“no more than a scene in the mind”).