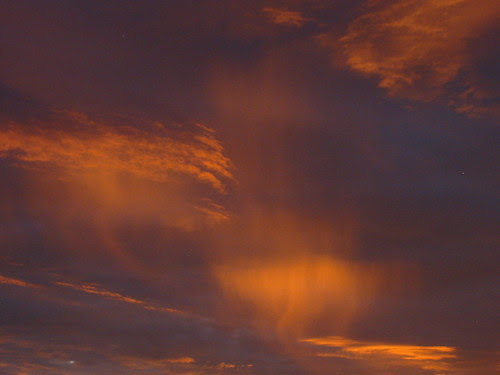 Boats against the current toujours, in a deplorably puppyish kind of way, muzzle-awkward, paddling mightily, here in the turbid waters just off East Egg. Nobody reads F. Scott Fitzgerald nowadays. I just snuck down into the cellar and fetch’d up—not Gatsby—a thirty-five cent paperback copy of This Side of Paradise with pearls-trailing-in-the-champagne-buckets flappers, a wide-open roadster in a hurry, and a brooding thin-lipped perfectly waspish specimen—“The Famous Novel of Flaming Youth.” Trying to retrieve some sense of it—what I recall of its fine restless bravado—what one’d “easily” label experimental harum-scarum nowadays. “Easily.” Nowadays. Here’s Amory Blaine, the Romantic Egotist, son of Beatrice O’Hara, in “dangerous” self-assessment:

Simple turgidity of contemporary versions of the self as over-inflect’d saloperie (and fire sale) of “selves” notwithstanding, the trajectory is sound enough, and the charting itself a prose elixir, no?

Periods when I’d announce to the surrounding upturn’d yellow welts that clack’d into place in slide-project’d rictus-grin order under the beer tents—they were faces, jovial littérateurs consumable, braid-wearing harpies comestible, gross-bunion’d porters of Yuengling and pretzels—I’d announce how the novels that I loved were all first novels, and the spittingest overlook’d first novel of all ’s This Side of Paradise. That uncanny bouffe of invention, delicatessen without impoverishment (nowhere in sight!), the fundamental F. hisself! Consider how that book rewritten for today, for “us”—who long to tap into a mere “formal” romp against the pitiable listing of story—what’s that?—a romp “clapped and stamped and tumped and da-da’d” against the thief-jockey’d nigh-total blitzkrieg of our sinking ship of state, why it’d be a “natural,” that book. Look (I love the tiny prose poems that tumble one after another like puppies):

The war began in the summer following his freshman year. Beyond a sporting interest in the German dash for Paris the whole affair failed either to thrill or interest him. With the attitude he might have held toward an amusing melodrama he hoped it would be long and bloody. If it had not continued he would have felt like an irate ticket-holder at a prize-fight where the principals refused to mix it up.
That was his total reaction.

Still—still I meet you here and there . . .
When Shakespeare’s played you hold a chair,
And some defunct, moth-eaten star
Enchants the mental prig you are . . .
A radical comes down and shocks
The atheistic orthodox?—
You’re representing Common Sense,
Mouth open, in the audience.

(For the update, the rewrite, one’d want something “uproariously” squid-kittenish here, no doubt.) A name-naming bout of slapping down the over-rated and -wrought contemporary “set” ’d “fit” precisely with the current temper. Scott Fitzgerald’s model in “Tom the Censor”:

. . . Tom, wreathed in smoke indulged in the slaughter of American literature. Words failed him. [A brilliant aside.]
“Fifty thousand dollars a year,” he would cry. “My God! Look at them, look at them—Edna Ferber, Gouverneur Morris, Fanny Hurst, Mary Roberts Rinehart—not producing among ’em one story or novel that will last ten years.

And et cetera, as they say. Harold Bell Wright, Zane Grey, Rupert Hughes (“barbarous”), Ernest Poole and Dorothy Canfield (“absolute lack of any sense of humor”), and—in “free verse”—the poets strung up for all to see:

If the gallant charm’d youth of the day (along with the happily “set” portion of the retiree “mob”—I see Charles Bernstein’s newest “project” is to collect oddities of Chinese English, wow . . .) [provide here some “mauve-color’d names”] think only to rut in the theoretical mirey of formal invention, or mock in low satirical review the plug-ugly, the great democratic unbound illiterate, the un-charm’d and unwash’d whilst state powers run roughshod and the clock winds down . . .

For years I confused “So we beat on, boats against the current, borne back ceaselessly into the past” with “The worlds revolve like ancient women / Gathering fuel in vacant lots” with “The Yachts / / contend in a sea which the land partly encloses . . .” Ends with beginnings, though not ends with means.