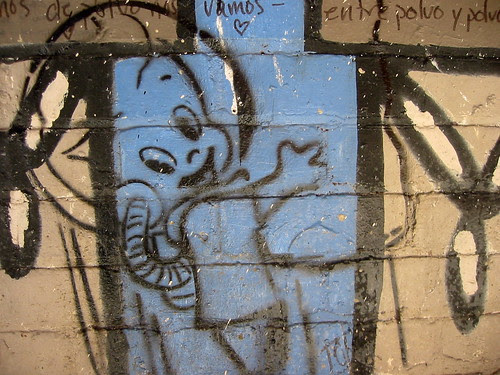 Sidelined by a bug. Fiery rhinopharynges and slump’d demeanor. Nap’d to no effect. Which may explain the colossal fits I had yesterday trying to construct a sentence, or limn a Miyazawa Kenji that’d seem capable of inventing new garb for agriculteurs (something he did). How’s the old slog go? “Writing knows before the writer’s nose?” (“Gepetto, I think something’s amiss here.”) Still, there’s that mirey unintelligibility for “proof.”

Today, home to Jennifer Moxley’s memoir, The Middle Room (Subpress, 2007), a book of the heft and demeanor of a safety deposit box. A gorgeous stirring thing. Something in excess of six hundred pages in pristine 11 pt. Bembo, covers severe (unillustrated), red and black type against a faintly “French” (think Gallimard) creaminess. Undoubtedly, I’ll need to allow it to expend its impenetrable (untouchable) aura before I approach it (think black stone of 2001: A Space Odyssey). My de rigueur fussiness under the lights of high expectations is evident, I suspect.

Wrong memory mystery. Found a copy of Lipstick Traces yesterday in the stacks and carry’d it off to paw at during lunch. My memory says I read the book in Baxter Hathaway’s cellar (where I lived in the early ’eighties, surround’d by disjecta of various kinds, a game of Go, a many-volumed Johnson’s Universal Encyclopaedia, a collection of Thomas Jefferson’s letters bound in blue, a hot plate, a selection of various homemade chutneys.) I “see” myself in my ’fifties comfy chair reading it. However: the book seems to’ve been publish’d (Harvard University Press) in 1989. In 1989 I am likely in Portugal (Cintra) or Virginia (Charlottesville), not reading Greil Marcus. The upshot is, I now got a kind of guarantee: a book I enjoy’d to look forward to reading.

Rewarding to find kinship for one’s perennial nay-saying at a point where one’s incapable (unwilling) of saying anything. (“The opposing nostril’s caught fire now, thanks all the same.”) In Enrique Vila-Matas’s Bartleby & Co., a history of “the No,” one reads of a fine Blanchot rebuttal:

“What we cannot speak about we must pass over in silence,” wrote Wittgenstein. Clearly this remark deserves a place of honour in the history of the No, but perhaps it is a place of ridicule. Because, as Maurice Blanchot says, “Wittgenstein’s far too famous and overused precept in effect indicates that, since in expressing it he has been able to impose silence on himself, to be silent we must speak. But with what kind of words?” To put it simply, he might have said that there was no need to make such a song and dance.