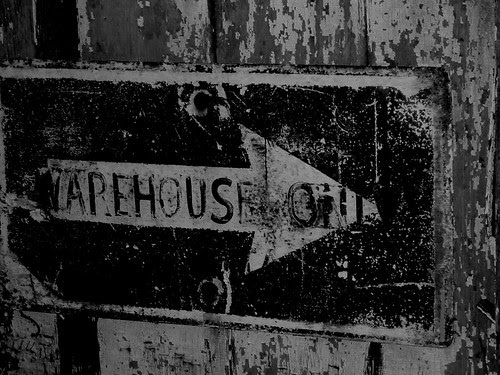 Jonathan Williams: “I’ve discovered most of the people I publish despise each other.”

That out of Against the Grain: Interviews with Maverick American Publishers (Iowa University Press, 1986), edited by Robert Dana, something Kyle Schlesinger [correctly, Ryan Murphy] noted somewhere with enough fervor to make me claw it out of the stacks. So that: pitch’d back in my hammock, doubting that I’ll survive my bacillary (sounds meaner than “viral”) onslaught, I laugh to read one Williams reply (to a query regarding the prevalence of preparatory schoolers become said mavericks—James Laughlin, Harry Duncan, David Godine, Jonathan Williams). The reply: “I wonder. I believe that’s what Ronald Firbank said about everything, “I wonder.”

And find out that Williams went to St. Albans in the District of Columbia, and continued, Episcopally, to Princeton (for three semesters), missing Delmore Schwartz and John Berryman by a few years, though “I think Galway Kinnell would have been an undergraduate about the same time.” (One fine autumnal day I spent a day interviewing at St. Albans for a kind of “honorary” position—some post-MFAer-fill’d writer-in-residency, with a room, a cafeteria punch-card, viddying rights to the National Cathedral, and something like $5000 thrown in for, oh, booze. I bought a pair of “slacks” and a plain herringbone number and, deck’d out like a prize hen, I rode up out of Charlottesville with my squad of Tennesseean drinking buddies. I made small noises at lunch. I attempt’d (successfully, mid-interview) to thwart my initial impulse to throttle the Nixonian headmaster, who need’d only to pull out an impossibly white and fold’d handkerchief to dab ineffectually at upper-lip sweat to complete the reenactment of Nixon announcing an “incursion” into Cambodia, in order to make my distrust complete. I did not “get” the “job.” On the way back to Charlottesville with my gang, a spit-shiny officer in blue stop’d us for speeding in Culpeper County and we’d sudden need to dribble the yellow contents of some open containers into the chicory’d verge.)

The extent of Williams study in the graphic arts, with Stanley William Hayter in New York, at the Institute of Design in Chicago (direct’d, then, by Moholy-Nagy), and going off to Black Mountain mostly to study photography with Harry Callahan. And why Jargon:

It was this guy, Paul Ellsworth, fellow student, painter, at the Institute of Design. He was barely articulate at all. He would throw words around, and he kept talking about jargon. “Life’s jargon. Jargon.” I said, “What do you mean?” and he’d say—he did have it right, in a way—he said, “I mean in my own speech. My language, as opposed to the tribe’s language.” Actually, that is one definition. But then I like the irony of the word. And then I happened to be checking in a big dictionary, and there was the word “jargonelle,” a kind of spring pear in France. And jargon in psychiatric jargon is the language of the infant before it learns social conventions. And, also, in French jargon means twittering of birds. So when you add all these things up, it seems just fine. But the twittering of birds is about the best definition. People who need to be put off, it does put them off—the Jargon Society.

Noting of the “Society” part: “It’s not a one-man band, it’s a backwoods symphony.”

Williams reporting an Olson line: “The artist is his own instrument.” And, of the Black Mountain period: “He was forty-one, in full vigor, writing The Maximus Poems like mad and cranking them out. Full of himself, as he always was. Full of himself, full of it, but great, you know. . . . Olson was not casual.” (The inkling that Olson tend’d toward the tendentiously dogmatic, the prepossessed, the authoritarian is unmistakable when measured against Williams’s larkingly omnivorous sensibility: “He didn’t stop me reading Ronald Firbank, or Stephen King, for that matter. I still read widely and stupidly. I like to read anything.” (Later Williams comments regarding the limits of Olson’s knowledge of natural history: “Olson knew there was something called “rhododendron” and something called “grass,” and he had trouble even telling those two things apart. One was bigger than the other, but that was about it.”

Story of getting, whilst in Stuttgart with the military, a couple thousand dollars after the death of a friend, and committing himself to printing books:

Maybe it was only fifteen hundred “Do with it what you like, but Charles liked the idea of your publishing.” So it was a choice of three things. Either buying a Porsche, which all the dudes in Germany were doing, two thousand in those days would nearly have bought a Porsche. I also had my eye on a Max Beckmann portrait that could have been had for two thousand dollars. Or starting to print some books. So, being a good Southern boy, I printed some books.

Another book to fetch. Louis Zukofsky’s Some Time (mark’d “Jargon 15” and “Jonathan Williams, Publisher, Stuttgart, 1956), an exceedingly lovely thing. With a note by Ezra Pound: “I now divide poetry into what I can read and what I cannot. I hv/ read thus far and expect to read to the end.” And a piece print’d with music (by Celia Thaew) for a cover:

Little wrists,
Is your content
My sight or hold,
Or your small air
That lights and trysts?

Red alder berry
Will singly break;
But you—how slight—do:
So that even
A lover exists.

First part of “So That Even a Lover.” How similarly sound some pieces of Williams in the splendid Jubilant Thicket. Here’s the second part of—referring to Mahler—“Symphony No. 2, In C Minor,” sub-titled “Moderately slow: ‘Schubertian’”:

Intimate bricks of sound to build a simple structure ringing.