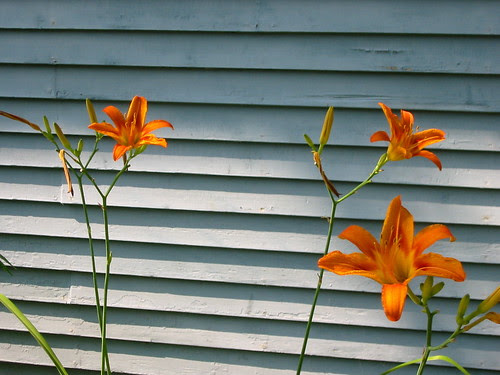 One’d think one’d scumbled the dusky patina of “days off” to a pale grey bashful hue beyond opportunity by now. Or importunity. Except, mucking with a salubrious (meaning, one “assumes,” “loose”) connection, and a doggy sort of in-between life: one decides to leave the days a prevalence, a worth exceeding worth, and call down the imp-dogs of the improvisatory rosters, and see if I cannot muster up an operable field with nothing “at hand.” Okay?

A lie right off the bat. There’s Bill Berkson’s terrifically handsome (cover a 1969 sketch by Philip Guston of an open book with emphatic marks marking its pages, a sketch titled “Matter,” perfect for a book) new book, Sudden Address: Selected Lectures 1981-2006 (Cuneiform Press, 2007). Berkson himself, in a prefatory note, says, “All of these texts were written to be talked, some with slide projections”—exact, gracious, with none of the cool get-up of over-nuance, or theory-derive. Or theory-drive. Precisely how the lectures proceed, with affable commonsense, a thrilling rare honesty, and plenty of room for maneuverability, whatever it is that allows things to grow unfussily in the interstices, to shoot up unbid and terribly welcome. Berkson on “method” immethodical (in “Travels with Guston”):

I always have Clark Coolidge to remind me that the best thing a writer can do in the way of criticism is “continue the dialogue.” The theory of the Parallel Text, where the truest response to a painting or poem is another poem and not an accumulation of idea and description. I subscribe to that theory. For one thing, it keeps you out of the pulpit where the morals of art seem more attractive than engaging it head-on or doing the job. For another thing, once you’ve honestly looked enough at something, you do sort of figure out everybody else has seen it that way too. I do. Everybody agrees on what it is, so the question becomes, what are you going to do about it?

How I love the matter-of-fact modesty: “I subscribe to that theory.” (Part of criticism, too, is the “portrait of the critic as a trustworthy dog,” or, even, “a lovable cur,” rather than “a greasy stopper at the bottom of a sink” or “a fishwife hurlante”—trusting the voice going a long mile toward trusting that voice’s choices.)

Add to Berkson’s critical persona the fact that—contre the claim that “everybody else has seen it that way too”—he regularly offers up stunning and inestimable aperçus. Here, just thumbing around. After noting of four painters (Piero della Francesca, Vermeer , Chardin, and Cézanne) how little biographical material for each exists, “and how little it seems to matter,” Berkson adds the afterthought: “The exception is Cézanne, maybe the first painter about whom an entire biographical drama develops almost exclusively from recounting his work habits and thoughts about painting!” Just what modernity is, it turns out, is the skank in the solitary brainpan (and how it makes the hands “perform”) rather than a goonily “interesting” life.

Everywhere Berkson refuses the sweepingly totale gesture, deferring to the work itself. In a piece titled “Frank O’Hara at 30,” he considers three extraordinary O’Hara poems written that year (1956), hinting that one impetus for what is the beginning of a prolific period culminating in the annus mirabilis of 1959 is, precisely, turning thirty, measuring achievement, age, and ambition, deciding it’s “time to get going.” He reads “Sleeping on the Wing,” begun, apparently, on O’Hara’s putative thirtieth birthday (June 27) and finish’d four days later. Here’s the poem with its thrilling velocity, because it is lovely and I long to linger with it:

SLEEPING ON THE WING


Perhaps it is to avoid some great sadness,
as in a Restoration tragedy the hero cries “Sleep!
O for a long sound sleep and so forget it!”
that one flies, soaring above the shoreless city,
veering upward from the pavement as a pigeon
does when a car honks or a door slams, the door
of dreams, life perpetuated in parti-colored loves
and beautiful lies all in different languages.

Fear drops away too, like the cement, and you
are over the Atlantic. Where is Spain? where is
who? The Civil War was fought to free the slaves,
was it? A sudden down-draught reminds you of gravity
and your position in respect to human love. But
here is where the gods are, speculating, bemused.
Once you are helpless, you are free, can you believe
that? Never to waken to the sad struggle of a face?
to travel always over some impersonal vastness,
to be out of, forever, neither in nor for!

The eyes roll asleep as if turned by the wind
and the lids flutter open slightly like a wing.
The world is an iceberg, so much is invisible!
and was and is, and yet the form, it may be sleeping
too. Those features etched in the ice of someone
loved who died, you are a sculptor dreaming of space
and speed, your hand alone could have done this.
Curiosity, the passionate hand of desire. Dead,
or sleeping? Is there speed enough? And, swooping,
you relinquish all that you have made your own,
the kingdom of your self sailing, for you must awake
and breathe your warmth in this beloved image
whether it’s dead or merely disappearing,
as space is disappearing and your singularity.

And some of Berkson’s remarks:

The last stanza is a sonnet, fourteen lines, and the lines throughout lean toward rough Alexandrines but they’re really just variables of anywhere from eleven to fourteen syllables. One could write a book on just that poem and how the terms of it—space, speed, “in,” “for,” sleeping and wakefulness, sculpture and personality, “and was and is”—carry into the textures of later works. I have a chart for just such a text, whereby some years ago I annotated every word—one page poem, nine pages of handwritten annotations, marvelously inconclusive.

Perhaps it is just to “get to” those final two words that I decided to write about Berkson. What better to aspire to than to be marvelous and inconclusive! And if, along the way, one learns that “At his birthday party the night of the same day the poem began . . . Frank wept wildly, considering the smallness of his achievement to date compared with those of Keats and Chatterton, both of whom had died well before reaching 30,” and that, by way of “contemporary reminders and goads” (of mortality, for “achievement”), there was the example of “Allen Ginsberg’s ‘Howl,’ in circulation in New York by spring ’56 by way of ditto copies typed in San Francisco by Robert Creeley,” and that Ted Berrigan, some years later, in a similar situation, wrote a poem titled “30” that reads (in its entirety), “The fucking enemy shows up.”—if one learns all that on the wing, in a gust of address, what’d possibly be better? and the lines and lineages sloop out unstopperable:

you will not die not knowing this is true this year

Perfectly alert and in a tangled heap of roaring voices, and unrecognizably one’s own . . . 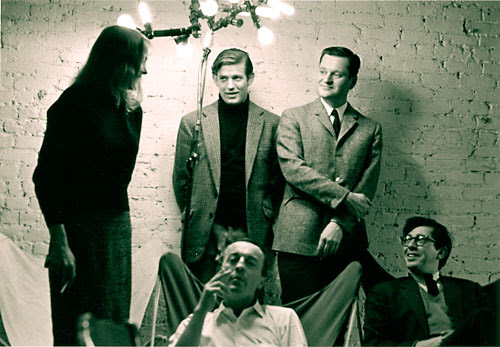