Isn’t all writing a furious rosy cathectic in pieces barely assembled? No. ‘Sleeping back to back like two sticks of bamboo.’ Aptly labeled polysemous jerkwater akin to ‘Goodness, it’s nearly midnight.’ At the continent’s peaks, the banal and the audacious bow one to the other. Pleas’d to meet Miss Beecher. See Mark Twain’s wily smutch: ‘Wagner’s music is better than it sounds.’ O conceit of the salient, pathos of the reify’d: a male condor of the Sisquoc wilderness flyway is up for grabs off eBay. Hostile, pent-up and unpredictable, though skill’d at fluid release mechanisms, dams, baffles, and the like. Like dying out at the final chord surrounded by an ocean of clarinets. I mock the horizon, its razor-edge of blue interrupt’d by galleons, buccaneers at the helm. I mock the worthy confect, its mincemeat, its adherence, its gloomy tenacity. The country is somewhere hereabouts, the country is, for love, starv’d.

To be with Basil Bunting who, in “The Use of Poetry”—copy of notes for a lecture Peter Quatermain xerox’d in Vancouver c. 1970 (Bunting, at P. Q.’s request: “Good heavens, man! What on earth for?”)—begins by refusing to cotton to the usual high-principled truck of Eliot and Pound who “used to maintain that poetry was a useful art, even a necessary one”:

The poet’s business was to purify the dialect of the tribe, or clarify it, or otherwise keep words clean and sharp, so that men, who mostly think in words, could have thoughts with sharp edges.

Bunting right off concludes “they were muddled” and counters by noting how “fruitful thought seems to be very rarely precise,” connecting such precision “with barren logic”—habitually the domain of “clerks and accountants.” (I think of Robert Morgan insisting that poetry is mathematic at its core: just a Poindexter’s way to beleaguer and limit the manifold usufructuary of the lingo, and all its perfervid rampancy, is what I retort’d, though probably in somewhat different words . . .) Bunting, bluntly: “Poetry is no use whatever. The whole notion of usefulness is irrelevant to what are called the fine arts, as it is to many other things, perhaps to most of the things that really matter.” And, dub-chorus-back’d by Jeremy Bentham and Benjamin Franklin:

Utilitarianism is the extreme case of humanism, for what they mean by “useful” is “what ministers to the material needs of man”—that’s Franklin—“of mankind in general”—that’s Bentham. If religion is what we are taught from our youth up, what is meant to influence all our behaviour and most of our thought, utilitarianism is the religion of the West in this century as it was through most of last century: a religion that has put an abstraction called Man in the place that used to be occupied by a foggy idea called God. The fellow who makes two blades of grass grow where one grew before is the greatest benefactor (therefore it was right for the Italians to conquer Libya, and it is right for the Jewish farmers and manufacturers to drive out nomad Arabs, and it was right for the settlers on this continent to starve or shoot the Indians). It is wrong to loaf and gawp about instead of working steadily at something useful, and of course it is wrong and foolish to write poetry unless it can be shown to purify the dialect of the tribe or keep the plebs in order or perform some other useful function.

And regarding any yeoman’s beck to an “investigatory” poetics: “when you look at what poets write, it is very hard to convince yourself that their art contributes anything to the process of thought. The things they say are sometimes silly, very often conventional, the commonplaces handed down from poet to poet; and even the few who do set out a system of thought worth considering, have usually taken it over wholesale from some prose writer.” And:

Many of the poems we all consider masterpieces seem to contain no thought at all. “Full fathom five” only says: “Your father is drowned”; and when Ariel says it he is telling a goddam lie anyway. “O fons Bandusiae” remarks that Horace will sacrifice a kid to the little stream tomorrow—or one of these days, if he remembers. “Über alle Gipfeln ist Ruh” comes up with the bright discovery that we will all die one of these days. Other celebrated poems notice that spring weather cheers you up, or being in love makes you restless. If these poets were providing the tools of thought, why didn’t they make some use of those tools themselves?

Recalling somewhat William Matthews’s smarmy list in “Dull Subjects” (originally present’d in a 1984 lecture)—Bunting’s essay apparently appear’d only in 1985, in Writing 12, out of Vancouver:

1. I went out into the woods today and it made me feel, you know, sort of religious.
2. We’re not getting any younger.
3. It sure is cold and lonely (a) without you, honey, or (b) with you, honey.
4. Sadness seems but the other side of the coin of happiness, and vice versa, and in any case the coin is too soon spent, and on we know not what.

Bunting finally connects poetry with music and dance (“Poetry . . . comes spontaneously to men, just as music does, and at the same time. I won’t try to trace the steps that turn a dancer’s grunts into verses.”) (One thinks of that barely temper’d desire to burst into grunt-verbiage beyond neology, that body-compel’d push to sheer un-word’d excess and bleat mid-song . . .) The “use”-sermon-making is hard to avoid. Williams (in a 1950 letter to Creeley): “If the language is distorted crime flourishes. . . . Bad art is then that which does not serve in the continual service of cleansing the language upon all fixations upon dead, stinking dead, usages of the past.” Williams, too—trammel’d by the “stinking dead”—turns to mathematics, measure, the “foot”—and is confront’d with the incoherency of arguing for a variable measurement in “On Measure—Statement for Cid Corman” (1953): “Relativity gives us the cue. So again, mathematics comes to the rescue of the arts. Measure, an ancient word in poetry, something we have almost forgotten in its literal significance as something measured, becomes related again to the poetic. We have today to do with the poetic, as always, but a relatively stable foot, not a rigid one. . . . Without measure we are lost.” A follow-up letter to Corman makes evident the preposterousness of Williams’s attempt to claim a poetics of use and expenditure:

What we want is a measurable unit which we don’t have to follow literally, but satisfies our minds that it is valid. A relative stability, something that can be variously counted even when it puzzles us to count it, even when it jumps out of the count, is what we must have. And that is what I mean by “consonant” with our age, because our age is governed by just such a measure—and must accommodate itself to it.

Not “ungoverned”—recall Williams’s “accountant’s” letter to Creeley: “To write badly is an offence to the state since the government can never be more than the government of the words”—but not refusing the “instinctive” either: “It merely means that we have not yet discovered a measure that governs it. We don’t need to refuse the instinctive, because on the contrary it is in the instinctive that we must look for an advancement of our knowledge.” (Akin to Buntings’s “fruitful thought seems to be very rarely precise.”) (Williams’s teetering between the instinctual and the govern’d: O’Hara’s “guarding it from mess and measure.”) 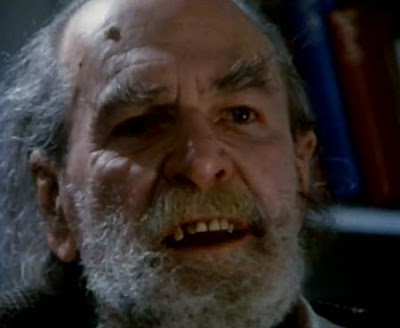