The cold-blooded ruses of the yelping sophists fill the crowds with contempt. Everywhere the unfocused hither-and-thither-y of some imaginary occasion missed. A faltering query posed in the form of a finger hoisted, limp with doubt, toward the unbridled gloaming, its yellow sky. A peculiar uneuphonious lurch of awkwardcy at dim day’s cease. ‘One books a hall to find a cohort to command, and for no other reason.’ Stretches of wheat the color of diarrhœa, the harvester’s blade swung down through decay amp’d up by microbial raids and visible slug-chew. So, I keep looking for the complete Petrarch, the one with the appendices of billiards table talk. So, my dog, every inch the pèse-nerf of a global critique, peed on my détournement homework. So, the subtle derisive home-boy look of the purely literary, its Homburg, its lack of efficacy, its tilt.

The breezily inchoate “format” nudges its way home (albeit sans pictorial “bent.”) Something about the morning “freshets” of late June, their preternatural boyish “vim” that douses “us” with “unending” delight. (The “high irony” mode is measured by the presence—or absence—of quotation marks: recall Umberto Eco’s “dictum”: “The postmodern reply to the modern consists of recognizing that the past, since it cannot really be destroyed, because its destruction leads to silence, must be revisited: but with irony, not innocently.” Enough of that.) Frank O’Hara got “there” in advance of the theorists (and shrugged):

what is good is always derogatory, namely: (I),
(selfish), (proud), (bitchy), (cold), (heedless), (sucky),
(witless), (overbearing), (cavalier), (infatuated)
whereas what is worthless is humble and darling, is
absent, goes straight up and seems "to make the flowers grow”

Out of “Muy Bien (F.Y.S.C.)” Or think how O’Hara shucks off the “humble and darling” pleasantries of Rilke’s “Aus einem April” (“Wieder duftet der Wald. / Es heben die schwebenden Lerchen / mit sich den Himmel empor, der unseren Schultern schwer war . . .”—roughly, “Again the forest is full of fragrance. / It lifts the soaring larks / up into the heavens, which lay so heavy upon our shoulders . . .”) into the oddly and rather—one gathers—rumbustiously sexual escapade of O’Hara’s own “Aus einem April”:

We dust the walls.
And of course we are weeping larks
falling all over the heavens with our shoulders clasped
in someone’s armpits, so tightly! and our throats are full.
Haven’t you ever fallen down at Christmas
and didn’t it move everyone who saw you?
isn’t that what the tree means? the pure pleasure
of making weep those whom you cannot move by your flights!
It’s enough to drive one to suicide.
And the rooftops are falling apart like the applause

of rough, long-nailed, intimate, roughened-by-kisses, hands.
Fingers more breathless than a tongue laid upon the lips
in the hour of sunlight, early morning, before the mist rolls
in from the sea; and out there everything is turbulent and green.

How quickly O’Hara rejects the merely programmatic amusements of homophonic translation—“Wieder duftet der Wald” become “We dust the walls,” a thing Albert Cook initially noted in a short piece in the O’Hara Audit. Seeing strictures and inadequacy even in the “play” of the earnest surrealists. (The glib facticity of “We dust the walls” coupled with the matter-of-fact “of course” following it suggests O’Hara’s ennui at the approach of the methodical, the onus of its didactic ease. Against the doggedness of the “project”—he’d rather “romp.”)

I keep thinking, too, about O’Hara’s remarks (to Edward Lucie-Smith, in 1965) about Creeley and control (versus “the sort of tumultuous outpouring of images which then get themselves together into being a poem, somehow” wherein “you do have the excitement of seeing whether you’re really going to get it to be a poem or not”). O’Hara complains how the minimalisms of Creeley (and Levertov) end up “making control practically the subject matter of the poem. That is your control of the language, your control of the experiences and your control of your thought.”: And: “the amazing thing is that where they’ve pared down the diction so the experience presumably will come through as strongly as possible, it’s the experience of their paring it down that comes through more strongly and not the experience that is the subject.” (Peut-être a Harvard contretemps.) Of O’Hara’s work, Creeley seemingly says little. In Berkson and LaSueur’s 1980 Homage to Frank O’Hara, Creeley is quoted (out of “On the Road: Notes on Artist an Poets 1950-1965”) quoting Duncan on O’Hara:

My arrival in Black Mountain the spring of 1954 was equally a coming to that viability in the language of an art without which it, of necessity, atrophies and becomes a literature merely. Robert Duncan, in recent conversation, recalls that that was then his own intent, “to transform American literature into a viable language—that’s what we were trying to do . . .” Speaking of Frank O’Hara, he noted that extraordinary poet’s attempt “to keep the demand on the language as operative, so that something was at issue all the time, and, at the same time, to make it almost like chatter on the telephone that nobody was going to pay attention to before . . . that the language gain what was assumed before to be its trivial uses. I’m sort of fascinated that trivial means the same thing as three (Hecate). Trivial’s the crisis, where it always blows. So I think that one can build a picture, that in all the arts, especially in America, they are operative. We think of art as doing something, taking hold of it as a process . . .”

Viability out of vie, life, a capacity for living, contra the mock-fastidiousnesses of control. 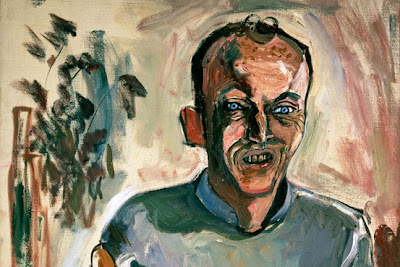