“Another Little Miasma of Cortical Plasticity”

Vagueness and dull sweats. Scent of split-pea soup garnishing the breeze, cafeteria-style. Aimless crows. Add’d snow clotting the streets, chunk’d, half-dirty. The up-launch’d flocculent sky. One revs up something—anything—against a song barrier. Some vagrant ceaseless ditty doing its sempiternal stomp in behind the septum pellucidum, between the laminae, oh! Ford Madox Ford about the job (1908–10) of editing the English Review (out of Return to Yesterday), after noting how Henry James “always rang up on the telephone before coming to see me so as to make sure of meeting no writers”:

I think that only one contributor to my first two numbers did not tell me that the Review was ruined by the inclusion of all the other contributors. James said: ‘Poor old Meredith, he writes these mysterious nonsenses and heaven alone knows what they all mean.’—Meredith had contributed merely a very short account of his dislike for Rossetti’s breakfast manners. It was as comprehensible as a seedsman’s catalogue.
Meredith said on looking at James’ ‘Jolly Corner,’ which led off the prose of the Review:
‘Poor old James. He sets down on paper these mysterious rumblings in his bowels—but who could be expected to understand them?’ So they went on.

So one continues. Is there any reason to ally Boris Pasternak’s note of love’s vivifying processual flux and debris—call it (out of Safe Conduct) with Walter Benjamin’s “angel of history”? The one:

Love rushed on more impetuously than all else. Sometimes appearing at the head of nature it raced the sun. But as this stood out in relief but seldom, it can be said that which had gilded one side of the house and had begun to bronze the other, that which washed weather away with weather and turned the heavy portals of the four seasons of the year, moved onwards with a constant supremacy which was nearly always contesting with love. And in the rear on the outskirts of various distances the remaining trends ambled along. I often heard the hiss of a depression which originated other than in myself. Overtaking me from behind it frightened and complained. It issued from a reft daily round and seemed either to threaten putting the brakes on reality, or to implore joining it to the living air, which meanwhile had had time to pass on far ahead. And it was in this gazing back that what is called inspiration consisted. The more turgid, uncreative portions of existence were realised with particular vividness, in view of the great distance of their ebb. Inanimate objects acted even more powerfully. These were the living models of still-life, a medium particularly endearing to artists. Piling up in the furthest reaches of the living universe and appearing in immobility, they gave a most complete understanding of its moving whole, like any boundary which strikes us as a contrast. Their position marked a frontier beyond which surprise and sympathy had nothing to do . . .

The other (out of “On the Concept of History”):

A Klee painting named ‘Angelus Novus’ shows an angel looking as though he is about to move away from something he is fixedly contemplating. His eyes are staring, his mouth is open, his wings are spread. This is how one pictures the angel of history. His face is turned toward the past. Where we perceive a chain of events, he sees one single catastrophe which keeps piling wreckage upon wreckage and hurls it in front of his feet. The angel would like to stay, awaken the dead, and make whole what has been smashed. But a storm is blowing from Paradise; it has got caught in his wings with such violence that the angel can no longer close them. This storm irresistibly propels him into the future to which his back is turned, while the pile of debris before him grows skyward. This storm is what we call progress.

Or writing. Is it the “reft daily round” or the note of “joining it to the living air” that recalls Pound’s Canto LXXXI epilogue?

To have gathered from the air a live tradition
or from a fine old eye the unconquered flame
This is not vanity.
Here error is all in the not done,
all in the diffidence that faltered . . .

So the manifold echoes goeth. Regarding the “reft daily round” one remarks with pleasure how Ford proposes to “launch a thunderbolt . . . at the head of Mr. Horace Gregory” (“Surely it is lèse majesté to mislead the thunderer!”)—Gregory being a chief “for hire” reviewer of the “era” (akin to, say, Dan Chiasson, or Stephen Burt)—one who’d claim’d Ford’d refer’d in print to “the subway system of Chicago.” (What Ford’d written, with decided ambiguity, in a piece call’d “Chicago”: “I dislike . . . being treated as a moron in subways if I do not know how many cents to put into coin boxes. It is for that reason that I have always feared the America that is not New York.”) Ford subsequently refer’d to the Hog Butcher for the World as “Porcopolis.” Dull sweats. 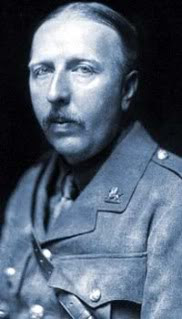