The late R. F. Langley, examining ivy (and its barnyard surround), its “umbels of pale green clubs,” in an entry dated 17 October 1970—out of Journals (Shearsman Books, 2006):

Slow wasps crawl there with folded wings. One falls backwards and drops onto a lower leaf, climbing up again, tired. Earlier in the track, it is so cold that dew is like seawater and there is the chilly smell of sweet rotting. Only one white gnat floats under that wall, but here, later, on the hedge, are the wasps and blue flies. Most wasps sit still, pumping the sections of their abdomens slightly in and out. They fall hard and fly little. The stream surface by the bridge is as difficult to make sense of as it always is, so I am content with this: the emerald weed is stroke out straight, and over it there are two patterns of ripples, a still one of broad troughs, blue and brown, conforming to basic features of the bottom below, maybe, then, passing over this, smaller busy ripples of the same colours, like wrinkled skin shifting along over a rib-cage. In an enclosed place in the bank, wire thin ripples fidget up and down over each other, twitching like the gnats. The bank, beyond the barbed wire which is slung across the water, is the finest autumn wreckage of all, poddled and stamped by cows, and then dusted with fallen willow leaves, each small, and curved like a paring. The whole is a garnished pudding, poddell, pudd. There is mist in spite of the pervasive sun, so that shadows don’t etch, but spottle, like drops with a blur round them, onto banks under trees and onto house walls and barn walls. Things, which are thus not clear-cut, seem free to tug contexts around themselves.

One notes how intensely Langley surveys, simply looking. Sense of something like Emerson’s “transparent eye-ball” ranging in and out, magnifying and distancing, acorporeal and undone (“I am nothing; I see all”). (Though, too, “spottle” and “poddell” and “pudd” betray a collateral urgency and energy: that of the lingo’s own specimen count. In a late (2010) piece call’d “At South Elmham Minister” Langley writes: “Speak in a natural / easy voice, cruising the words. Cirrus and / thistles. Thiskin. Largesse. Debonair. Then / oaks and hornbeams and forever. . .”) And the domestic veers indubitably in (“like a paring”; “a garnished pudding”) leading right undeniably to the lovely freedom of “Things . . . free to tug contexts around themselves.” The persistence of trying to say precisely how the “stream surface” is (“to make sense of”) recalls Father Hopkins’s hard-looking, trying to see green, or (entry out of the Journals for 11 July 1867) oats, or various trees:

Oats: hoary blue-green sheaths and stalks, prettily shadow-stroked spikes of pale green grain. Oaks: the organisation of this tree is difficult. Speaking generally no doubt the determining planes are concentric, a system of brief contiguous and continuous tangents, whereas those of the cedar wd. roughly be called horizontals and those of the beech radiating but modified by droop and by a screw-set towards jutting points. But beyond this since the normal growth of the boughs is radiating and the leaves grow some way in there is of course a system of spoke-wise clubs of green—sleeve-pieces. And since the end shoots curl and carry young and scanty leaf-stars these clubs are tapered, and I have seen also the pieces in profile with chiselled outlines, the blocks thus made detached and lessening towards the end. However the star knot is the chief thing: it is whorled, worked round, a little and this is what keeps up the illusion of the tree: the leaves are rounded inwards and figure out ball-knots.

Ferociously attending, trying to see: there’s something a little manic to the assault. (Hopkins pursues cloud-depictings with a similar fever, reporting a sunset that July “in a grey bank with moist gold dabs and racks, the whole round of skyline had level clouds naturally lead-colour but the upper parts ruddled, some more, some less, rosy. Spits or beams braided or built in with slanting pellet flakes made their way. Through such clouds anvil-shaped pink ones and up-blown fleece-of-wool flat-topped dangerous-looking pieces.”) Under such up-blowings of particulars one recalls Hopkins—in a letter to Robert Bridges defending lines writ in a sonnet address’d to St. Alphonsus Rodriguez (“. . . God (that hews mountain and continent, / Earth, all, out; who with trickling increment, / Veins violets and tall trees makes more and more). . .”)—making distinct the incremental and the decremental: “It is true continents are partly made by ‘trickling increment’; but what is on the whole truest and most strikes us about them and mountains is that they are made what now we see them by trickling decrements, by detritions, weathering and the like.” And one thinks how seeing itself is a largely decremental activity, sight tugging its own cloak of contexts to itself—in the form of names. Detrital writing. Collecting whatever particles one’s seeing dislodges off the ongoing body of the whole . . .) 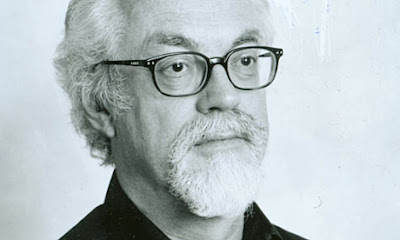