If Ted Pearson’s plaintive cry (in The Grand Piano booklet numéro ten) of quash’d desire “to author pleasures I once could barely imagine” (“Have I, then, abjured a ‘linkage most lyrical’ to become a historical footnote?”) is quickly and magisterially hush’d (“But no.”), Bob Perelman cuts loose with all the bathos of the “the body’s autobiography” (“obscene” is the judgment, “in the false-etymological sense of offstage, behind the screen”), and stages a writing occurring post-op (“ablation of the heart”) whilst he is required “to lie still for six hours, with a doctor and nurse pressing hard on the two incisions in my groin for the first ten minutes so the thinned blood would clot.” In doing so, he writes (dictates to Francie Shaw) a pleasingly minor and messy (possibly mineable) piece call’d “Good Time Charlie” (working off James Cotton’s version, Best of the Verve Years: Perelman, joshing a little, notes it, the song, “enunciated such an excited enactment and savage critique of the conditions of hetero mastery that I said to Francie, ‘Her orgasms are his portfolio.’ ‘What does that mean?’ she asked.”) and rather freely, soaringly, moves through a round of memory without fetish or sacrum or show, or plausible gain. Memory “for use”:

Mary Carruthers, in The Craft of Thought, writes that the single point of all monastic intellectual exhortation was the building of usable, portable stuff in your mind: a memory / invention machine made out of movable particulars and plaint technique, in the brain, the “wreathed trellis” as Keats so nicely called it. Memory meant a stockpile to build new things in the present. Not a memory theater, but a well-supplied workplace.

Memory without portfolio. The “writing” (again, mocking the nervous earnest of one’s own youth, weighing Silliman’s “This is a poem” insistence in The Chinese Notebook against Michael Gottlieb’s fatuous (Memoir and Essay) stipulatory jack that calling a thing poetry’d be “old school”—“Writing was the way to say it.”) is rather rambunctiously atroce:

Beat heavy like walking in sand
like u are a transformer-figure on sports ads.
u are so juiced (roids).
Trembling
Juicing it up 4 the consumers

That’s all poems r, itineraries of esophaguses in
distress.
You’re the pimp. (James Cotton)
We’re the scribe writing down everything & then
later we’ll weed it or not
trembling
So, he’s the pimp Put on your red dress baby. No
comment needed.
Come out and ball with me. . . .

And ending: “depending // to say that none of this works like we say.” What’s weed’d out of the mess: a sense of Perelman’s turn to (against the dismal severities of the technocrats of “form”) that “old shrine . . . unmentionable,” love. Perelman (prefacing the piece, addressing the grandees):

Remember the question I asked in Grand Piano 1? What is the relationship of love to writing? There’s “desire-writing” (unceasing revolution of form, say), but what about the other side? What about the words that have been written and now stay put, spanning different times? What about not the new but the old? The original vocabulary was quasi-impossible; I was nervous about it. Was “love . . . the oldest hat, important to keep in most secret closet?” Love, the old shrive, bathetic to the point of being unmentionable. Nevertheless, going on in the shadow of that encrusted word are the unspeakable activities that are the lifeblood of art.

Isn’t there a condemnatory hint (a scold) to the “Nevertheless”? Recall: Perelman’s initiatory gulp and plunge line in booklet uno: “I propose that we consider a basic issue facing writers: love.” And, post-Ted Berrigan riff (“Is this the oldest hat, important to keep in secretest closet?” nodding at Berrigan’s “Remembered Poem”: “It is important to keep old hat / in secret closet.”), the signal immediacy of doubt: “You can take it where you like, or veer from the word itself if it feels too old and inert. It was hard for me to write it there, above, posing it as a term in a discussion of writing.” Is there a sense of disappointment here, in one’s own cohort? Its failure to heed the need to move along? Most monumental fix only ever momentary. Perelman:

A certain baseline irony in such conditions that the sincerest doubt and most brightly annealed shame will never be able to wash away the sunny afternoon this was set down in the face of all the editorial entrances and exits to follow. The immanent ones especially. A word I never know, to hear it is to forget, at that very instant, what it means. Immanent = the opposite of imminent. But both imminent and immanent are right in the middle of the sentence being written, hence all the more annealed in the bright splash of appearing, and hence all the more just history dust, animated at best. . . . Old and New keep changing hats, like in Godot. Neither one fits. It’s a joke, the only one. The avant-garde is older than the wizened Sibyl in her cage. Tone rows like corn gods. . . .

“Tone rows” and “corn gods” echoing (down through the decades) “ant wort” and “brat guts.” Along the way Perelman recalls early music training (piano), “Classics, acid, not much” study at Michigan (“fellow Greek student Rick A for Acid to rewatch Valley of the Dolls just the lower righthand corner the fourth time because there was so much information there. My first inkling of information and of formal reading strategies”) and the recent Rethinking Poetics conference at Columbia (“I was hoping, I suppose, that the conference would summon what I remember as the open-ended immediacy of the Talks. That didn’t happen, to say the least.”) where he “wound up saying the avant-garde is a stale religious metaphor.” If Perelman dubs the piece “The Condition of Music” (tutelary god Walter Pater: “All art constantly aspires towards the condition of music”), its finer moments appear Kerouac’d. Here’s a phenomenal paragraph about listening to Beethoven’s Opus 127 and wanting “to hold to certain nontellable moments”:

. . . play the tracks again to hear the whole thing thanks to engineering beyond my wildest dreams power stations music schools distribution networks dogged profit taking at all points and libidos at least those can be understood. But play it again to finally hear it. Want to keep holding onto simply to remain in contact with keep hearing that modulation to C♭ major some vista one almost lives in. Is from, in the impossible sense of that phrase. And to think, one confesses just the thing no one has much language for; language bats its paws clumsily toward where it just doesn’t go in any graspable way. Bark into the gathering dusk, hapax legomenon. Externalize your whole language, all speaking and hearing, in a single sound. So that finally, at just that moment, time stops completely. Oops. The jury is hereby instructed to disregard everything they ever knew and bask, just bask, in the entirety of sound. Soon enough similar modulations will be deeply corny.

Time’s radical fungibility versus the stolid jurisprudence of the Now (a word Perelman calls “the only mot juste” and adds, “it seems to be in a language that has just become foreign.” 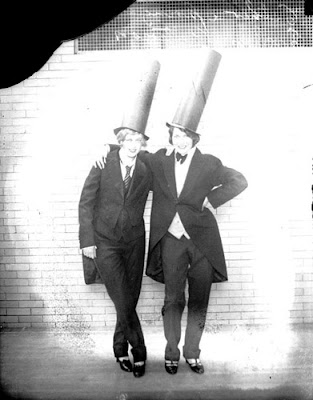