Orchestral miasma and funk. Sludge drag’d up out of the strings, a noxious strain. Marsh fever. Meaning, an unacquit’d evening swamping my tempo: nothing done. Left to mire about aimlessly in the sloughs of morning. Somewhere in the Journal de deuil Barthes says: “the world deafens me with its continuance.” Archaism: “sourd,” out of the French (deaf) < Latin, “surd.” Sir Thomas Browne (1682): “apprehend how all Words fall to the Ground, spent upon such a surd and Earless Generation of Men.” Reference in some polyglot lexicon (1659) to “a sourd, of deaf Emerald, which hath a deadish luster.” (Without the usual prompts, one begins to inhabit the din of a burgeoning frippery of words, wholly unleash’d, going slowly surd. One notes how “lexicon” descends out of the Greek λεξικόν and refers neither to the law (lex is Latin for “law”—see lex loci versus lex fori and other finicky disputatiousnesses) nor to the slippery dunnings of a barker (b. Alexander Crichlow Barker, Jr. in Rye, N.Y.) in a series of books by Edgar Rice Burroughs about a feral child grown to impeccably chivalrous and uncompromisingly ethical manhood . . .)

Clot’d ridiculousness setting in its rubber talons. I plough around in the new “uncollected Matthews,” New Hope for the Dead (Red Hen Press, 2010). The title out of Matthews’s dinky chapbook of one-liners call’d An Oar in the Old Water. About an inch and a half by four inches, one-stapled, print’d by Glad Day Press, in Ithaca, N.Y., the local anti-war leafleteers. I think it sold for a quarter. Matthews and jazz—quoting Zoot Sims’s line about Stan Getz: “He’s a nice bunch of guys.” Quoting John Coltrane saying, of Stan Getz: “We’d all play like that if we could.” Recalling Matthews’s enormous German shepherd call’d “Underdog.” Recalling how Mingus’s autobiography (Beneath the Underdog) begins, it, too, with the positing of a sprawling uncontainable number of selves:

“In other words I am three. One man stands forever in the middle, unconcerned, unmoved, watching, waiting to be allowed to express what he sees to the other two. The second man is like a frightened animal that attacks for fear of being attacked. Then there’s an over-loving gentle person who lets people into the uttermost sacred temple of his being and he’ll take insults and be trusting and sign contracts without reading them and get talked down to working cheap or for nothing, and when he realizes what’s been done to him he feels like killing and destroying everything around him including himself for being so stupid. But he can’t—he goes back inside himself.”

Accountancy of art or race? (Or that desire in white America to make the two inextricable? Patti Smith writing Easter’s liner notes to the song “Rock N Roll Nigger” with its hosanna and honorific: “any man who extends beyond the classic form is a nigger—one sans fear and despair—one who rises like rimbaud beating hard gold rythumn outta soft solid shit . . .”) The need to strip away precisely the frippery (“soft solid shit”) of a culture that bombards one continuously with trifling inessential data, “merch” of its lying tepid heart. A little Matthews statement, undated, without context, call’d “The Poetry I Want”:

Margaret Mead notes that “primitive” societies develop personalities the way some people do: by suppressing psychic white noise. That’s why such a life seems “simple.” But the cost isn’t invisible—it’s only hidden.
A heterodox (“advanced”) society tends not to suppress anything: quite literally it will blow your mind: good if your mind is a logjam or a penis, bad if it’s electronic equipment or brain cells. Also, all noises seem alike. “Home” sounds like “Dallas,” and “me” like “what is possible for me.”
The poetry I want was raised somewhere else, like a feral child. You can’t tell it how society works: it has no vocabulary. It has to develop, rather than to curse the inheritance of, self-consciousness. It can learn from anything because it belongs to nobody, nothing, no model of society. It will be forced to choose its allegiances: an act, finally, of imagination. Logic helps but you have to tell it what to do.
This poetry will ask, “Where am I going to ground all this energy?” In words, in the earth. I’ll try to write such poems, because I want to read them. But it doesn’t matter where they’re found.

A petering out (“In words, in the earth.”) The “primitivist” stance of “no vocabulary”—akin to Spicer’s “A really perfect poem (no one yet has written one) could be perfectly translated by a person who did not know one word of the language it was written in. A really perfect poem has an infinitely small vocabulary.” (“Home” sounds like “Dallas”—akin to “I yell ‘Shit’ down a cliff at the ocean. Even in my lifetime the immediacy of that word will fade. It will be dead as ‘Alas.’”) Matthews is finally too canny and accommodating (“choose its allegiances”) to toss it all off: too human, dignify’d, and stuck. 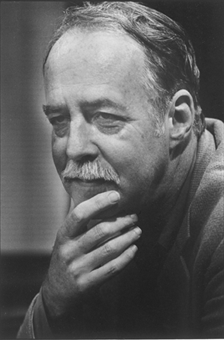 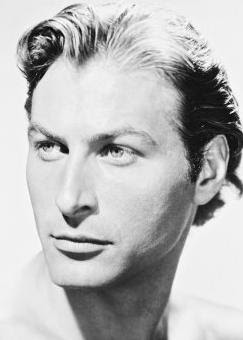