Another morning of reckless patter, unassign’d borrowings, ineffable sass, the usual duff and toss. My modus operandi of the moment. Minus six degrees F. in the breeze-alleys. Ready’d myself to stir, switch’d up the light, look’d at the clock: two a.m. That kind of thing’ll “throw” you “for a loop.” Reveries of inundating waters, waves slapping away the top of a hill, a hummocky green meadow suddenly blue’d out by flood. (Thomas Bernhard: “I was afraid of myself, and it was only in order no longer to frighten myself to death in this fatal way which was all my own that I sat down and wrote these few pages . . . And all the time as I wrote, I thought only that when I was finished, I would cook something for myself, eat something, I thought, at last eat something warm again, and because I had grown so cold while I was writing, I suddenly put the cap on. Everyone has such a cap on, I thought, everyone, as I wrote and wrote and wrote . . .”) Bernhard’s modus operandi is to relent completely to the malady: “skillfully, nevertheless dreadfully to my sickness and pathological nature.” Pasternak:

I am ashamed, and every day my shame increases,
That in an age that casts such shadows
A certain lofty malady
Still bears the name of song . . .

I keep aimlessly marauding Pasternak, trying to skim off what O’Hara found there. If I read Pasternak’s lines, “Poetry, on you I’ll stake my oath / And finally end up by gasping: / You’re not the pose of sugared kind; / You’re summer in a third-class carriage; / You’re suburbs rather than refrain . . .” ending: “. . . Poetry, when under a faucet’s stream / A truism gapes like a tinny pail, / Then, surely then, the steam can pour: / And with blank paper under—rush!”—I hear, in spite of the somewhat tinny rendering into English (by George Reavey), something of the rhetorical strategy of, say, O’Hara’s lines “For James Dean”:

Welcome me, if you will,
as the ambassador of a hatred
who knows its cause
and does not envy you your whim
of ending him.

(Too, there’s something like Pasternak’s breathless “My verses, hurry, hurry quick / I need you as I never have before . . .” recalling O’Hara’s (mockish, though incompletely “mock”) “Quick! a last poem before I go / off my rocker.”) En plus: there’s the shared shrugging off of Romantic “pose of sugared kind”—see O’Hara’s “can I borrow your forty-five / I only need one bullet preferably silver / if you can’t be interesting at least you can be a legend / (but I hate all that crap) . . .” O’Hara puts it down in “About Zhivago and His Poems.” Referring to Pasternak’s “stance” (express’d in the title My Sister, Life), he writes:

. . . the poet and life herself walk hand in hand. Life is not a landscape before which the poet postures, but the very condition of his inspiration in a deeply personal way: “My sister, life, is in flood today . . .” This is not the nineteenth-century Romantic identification, but a recognition.

And, of Mayakovsky—who “made a fatal error and became a tragic hero,” result of the way he’d “succumbed to a belief in the self-created rhetoric of his own dynamic function in society” (listen “up,” all you who’d make the poet’s “calling” anything beyond that of a self negligibly-harness’d to the inimical fraught world)—and “social demand,” O’Hara writes:

The chair of poetry must remain empty, for poetry does not collaborate with society, but with life. . . . society is not alone in seducing the poet to deliver temporary half-truths which will shortly be cast aside for the excitement of a new celebration of nonlife. The danger is that life does not allow any substitute for love.

O’Hara quotes a thickish tranche out of Safe Conduct:

A whole conception of life lay concealed under the Romantic manner. . . . This was the conception of life as the life of the poet. It had come to us from the Romantics, principally the Germans.
In the poet who imagines himself the measure of life and pays for this with his life, the Romantic conception manifests itself brilliantly and irrefutably . . . [That poet’s fate] defies all epithets, demanding self-destruction and passing into myth.
But outside the legend, the Romantic scheme is false. The poet who is its foundation, is inconceivable without the non-poets who must bring him into relief, because this poet is not a living personality absorbed in the study of moral knowledge, but a visual-biographical ‘emblem,’ demanding a background to make his contours visible. . . . Romanticism always needs philistinism and with the disappearance of the petty bourgeoisie loses half its poetical content.

Which probably ought to be assign’d reading for the new necrophiliacs and transgressors of Our Lady bunch, as much as for the necks above the dopey crowd Flarf regimentals. The other thing O’Hara demolishes (in a beginning bravado sketch) is the quaint distinction between “poetry” and “prose”:

We are used to the old saw that poets cannot write great novels or indeed any novels. The adherents of this cliché, hoping to perpetuate a mystery-distinction between two kinds of writing, are cheered on the novelists who hate “poetic” novels and the poets who hate “prosaic” poems. Virginia Woolf gets hers from one quarter and William Carlos Williams gets his from the other. The argument is usually bolstered by phrases like “Joyce turned to prose,” which would have been an amusing scene, but never occurred. For what poetry gave to Joyce, as to Pasternak, is what painting gave to Proust: the belief that high art has a communicability far superior in scope and strength to any other form of human endeavor.

Think of O’Hara’s possible fun with “the turn to language”—that bolster! 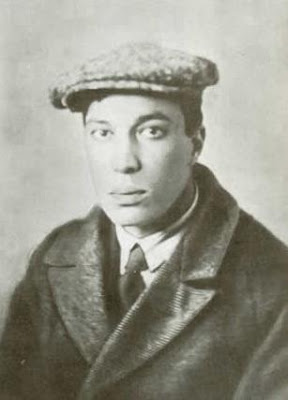