“Diddering and shivering his Chaps, as Apes use to do . . .”

Hours of frittering and subsequent bluster. (Cold days of dithering and unpreparedness.) Ford Madox Ford: “You should have eschewed as you would shrink from soiled underwear all personal publicity.” Buoyant unconcern and boyish insouciance coupled with a dead-eye demeanor. (Samuel Johnson “kept pieces of orange peel and patted corner posts when he walked down Fleet Street.”) Pasternak, after playing for Scriabin, marches up and down the room, talking of the “culpable complexity” of the banal:

I agreed that formlessness is more complex that form. That an unguarded volubility seems attainable because it is empty. That spoilt by the emptiness of trite patterns we take just that exceptional copiousness coming after long desuetude for the mannerisms of form.

Plug’d in lucidity of the undoctor’d quotable. Snapping off twigs to feed the divine fire of the jettison’d all. Momentary clarity, abrupt, amass’d and countering. (Pasternak says: “And so—stations, stations, stations. Stations flying away to the end of the train like stone butterflies.”) Mandelstam, writing of Darwin’s On the Origin of Species: “The energy of the argument is discharged in ‘quanta,’ in batches. Accumulation and release, inhalation and exhalation, ebb and flow . . .” Gone the precise taxonomic detailing of the Linnaean virtuosos writing out impeccable miniatures of design (or, in the case of the dogged: “the entire lengthy ‘police’ record of each animal or plant”): Darwin, with a “system of notecards, that enormous and ongoing card catalogue,” a plunder of facts, is seen “leafing through the book of nature—not as a Bible—what Bible—but as a businessman’s handbook, as a stockbroker’s guide, as an index of prices, signs, and functions.” Seeing beyond the individual niggling particulars, to make of the seemingly dissimilar ruts, a “truly heterogeneous series.” A condensery of larger motions. See how Lorine Niedecker’s “Linnaeus in Lapland” seizes the Linnaean notational exhort and quashes it, the “quadrangular shoots” becoming identify’d with “boots”:

Nothing worth noting
except an Andromeda
with quadrangular shoots—
the boots
of the people . . .

And, plus tard: “I see only / where I now walk. I carry / my clarity / with me.” (In “Darwin,” Niedecker sees the naturalist balancing a universe “designed by laws” against an inconstant and mutable plethora of “details left / to the working of chance . . .” So that: blue—by the transport of blue—makes a glacier minor conjunct with a sea: “Tierra del Fuego’s / shining glaciers translucent / blue clear down / (almost) to the indigo sea . . .”)

The blue that paint’d one into a corner, God-forsook. Hephzibah blue. Return to frittering. (Minor pursuance of the word “equisetum”: horsetail, the “scouring rush.” Niedecker again: “I rose from marsh mud, / algae, equisetum, willows, / sweet green, noisy / birds and frogs . . .” My confusing Equisetum with Lycopodium, the club moss, both spore-bearing plants.) Against the Darwinian index of conjuncts: the alphabet. Barthes (out of Roland Barthes):

Temptation of the alphabet: to adopt the succession of letters in order to link fragments is to fall back on what constitutes the glory of language (and what constituted Saussure’s despair): an unmotivated order (an order outside of any imitation), which is not arbitrary (since everyone knows it, recognizes it, and agrees on it). The alphabet is euphoric: no more anguish of “schema,” no more rhetoric of “development,” no more twisted logic, no more dissertations! an idea per fragment, a fragment per idea, and as for the succession of these atoms, nothing but the age-old and irrational order of the French letters (which are themselves meaningless objects—deprived of meaning).

Ford Madox Ford, hardly a systematist, notes (Return to Yesterday): “At the beginning of the century it would have taken you 247 years walking at four miles an hour to cover all the streets of London on foot.” Old reverie perks up: of my scuffling mock-rentier days in Paris, of walking every street in that city. A planar grid versus a linear alphabet. Euphoria residing in the ditheringly select’d route, the conjunct of streets elbowing one the other, “shoots” enjambing “boots” (in lieu of, oh, “coots”?) 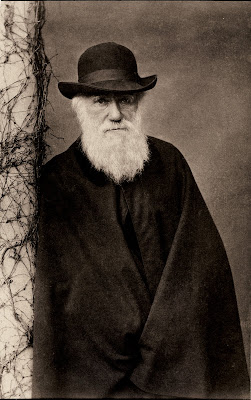