The Polymathy of the Doggedly Itinerant

CCXVIII
Adventitious aggregates and riders
of the imperium, je
m’appelle Toussaint Charbonneau. Tonight’s
menu: six-foot long
buffalo sausages, boudin blanc.
So go the draglines
trailing off the keelboat
unrudder’d, and we hallooing
out to the pirogues,
for fortitude and cheer!
In mid-Missouri I
find myself thinking of
Dante’s Beatrice with hair
the smudgy green of
tarnish’d copper, the color
of sea wrack, puttanesca.
“In a few minits
Cought three very large
Catfish one nearly white
a quart of Oile
Came out of Surpolous
fat of one fish.”
In the narrows of
my trajectory, che m’avea
di paura il cor
compunto my heart banging
disjoint and pointedly like
a bird, I rehearse
all the blues I
know: Prussian, royal, indigo,
teal. Azure, cerulean, cyan,
steel. Color of sky.

Yah, doldrums. Dog days. Nary a flivver careening the circuitry.

There’s an entire system of pronunciation shored up by the Latin names of plants and what they’re staked against. From a structure to the left and out of what might, in a moment of distraction, be called “its contents,” something emerges—an extension, which must stream clear without adding extra weight. The distinction between passive and active voices was instantly forbidden, and barely a glance toward the third, the letter f had already appeared; we pronounced it; the same thing happened to us.

We did everything we could to hold the overflow back, but we all knew that nothing could prevent the surge. In a season that takes note of the sectors turning green one after the other, everyone was handed a piece of light yellow paper on which the words Jardim botânico or Jardim tropical stood out; birds don’t read, its back door opening directly onto another botanical garden.

While each bird’s spiral or ascent is set, inalterable, and their instinctual flight patterns predeter-mined, plants, which can’t go anywhere alone, are allowed only oscillation; they constantly sway and fold.


Formed for life, the front edge is especially thick and full, sharpening toward the back, shaped like a blade. You’ll notice that the bottom is flat or sometimes slightly concave, becoming fuller again toward the top, to smooth the flow of air.

The initial blocks of Heliotrope, the voice intimate and precise, nigh-instantly compelling. Begun to think of each piece—carefully squared off into a sort of Joseph Cornell box of flora—akin to a tile, the Portuguese (“Jardim botânico” provides one entry) azulejo. Too, Sekiguchi writes in a note: “This project was born in 2001, in the tropical gardens of Portugal. . . . An ongoing correspondence with the sculptor Isamu Wakabayashi (1936-2003) was seminal to this project at every stage. Sometimes he sent drawings along with his letters, at other times, his texts on nature.” (One notes a prevalence of rectangular forms in Wakabayashi’s work, too: hints of textuality in the highly-work’d crosshatchings of some.) Sekiguchi: “Some of its phrases are altered version of lines taken from books of botany and ornithology, particularly from How Plants Get Their Names by Liberty Hyde Bailey.” (That remark follow’d by translator Sarah O’Brien’s note that Bailey’s book “was not consulted in the translating process”—“no phrases in this translation are taken from any other books.” So, two degrees of separation: Sekiguchi renders Bailey’s botanicisms into French, O’Brien reworks it into English.) Sekiguchi notes, too, that the book is a “response to the ‘Muwashshah,’ a poetic form that was popular in the Arabic Andalusia of the Middle Ages, and in particular, to its final line, which is called ‘kharja.’” (Which, investigating “muwashshah” and “kharja,” is intriguing and somewhat baffling. One learns that the “muwashshah” is a stanzaic form with refrains (the “kharja”) alternating, that the “kharja” seems “composed independently” of the “muwashshah” it’s found within (see the Bailey?), and that the “kharja” is generally present’d as a quotation of someone “introduced in the preceding stanza. I rather like the audacity of transforming such requirements into a series of variously sized prose blocks.) 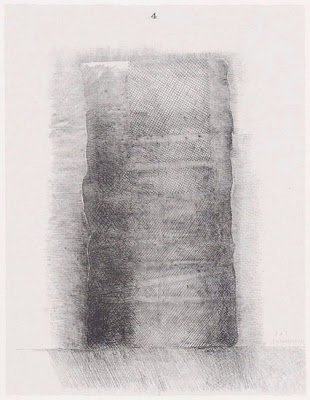 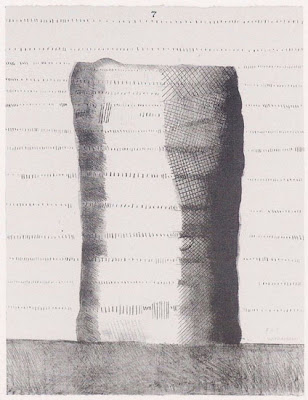 If I quote the opening four pieces in sequence, it’s to try to point to a refreshing air of narrative that, I’d argue, clings to Heliotropes. (I probably would not be able to provide a summary of it.) A tiny piece near the middle:

I am the one who anchors it for now.

And, at the end (that sense of a story told, even a primal story—one of naming, and an individual irrevocably changed by it):

Oscillation travels through air, acting on the consonants, a slight shudder reaching those with names. Names never spoken aloud are now passed on to the birds, who drag the entire system of pronunciation along with them, a system that never voiced them, but only talked around them. The birds guided them toward what had to be their last stop; seated on countless tree limbs, leaning forward, an opportunity to offer their beaks and to call the name appearing next,

This stoma takes a form we can no longer read,

About Ryoko Sekiguchi: Born in Tokyo, moved to Paris in 1997, study’d art history at the Sorbonne. Return’d to Tokyo to study comparative literature at the University of Tokyo, degree’d in 2000. Now in Paris. Seven books of poetry in Japanese, seven in French. Héliotropes was originally publish’d in 2005 by the redoubtable Paul Otchakovsky-Laurens of P.O.L. In English, Sekiguchi’s work is available in the 2006 Litmus / Belladonna collection call’d Four from Japan: Contemporary Poetry & Essays by Women (Kiriu Minashita, Kyong-Mi Park, Ryoko Sekiguchi & Takako Arai) and in the Sarah Riggs-translated Two Markets, Once Again (The Post-Apollo Press, 2008). 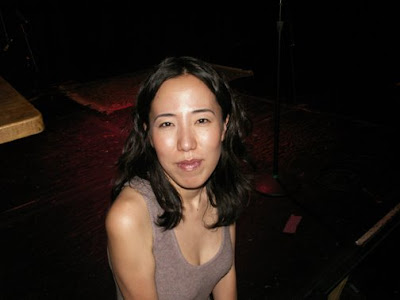