Frank and a Minim 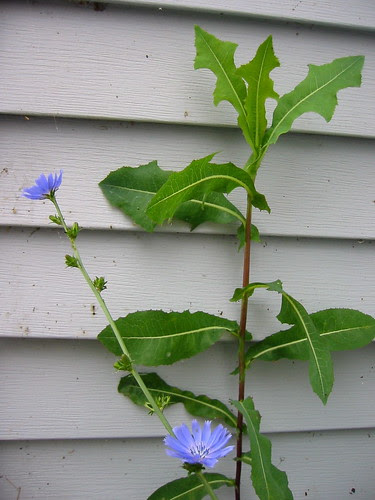 CCXXXVI
Morning finds a mouse ransacking a bag of sunflower seeds and turns
to the radio, Jack Teagarden blowing
Something call’d “Love Lies.” He want’d to fill Bixby Canyon
With one hundred trombonists, to make Beiderbecke’s “In a Mist”
ricochet and swing at midnight all
Up and down it like a bombastic black crow interminably
harass’d by a starling, or
Abhor’d Pluto wheedling Persephone with the red pulpy seeds of
the rind-cover’d Punica.
That is to say: morning needs its Ganesha, it eight-arm’d Remover
of Obstacles, and all that’s expect’d is high
Humidity and a fizzle of rain coming up off the lee
of Bill, a hurricane.

It’s architectural work that keeps out the turgid wind of pomp
and stridency, screws a swivel latch
To the banging hen-house door. Louis H. Sullivan, in limning out
with a pencil a florid door-
Ornament impromptu, made it upright enough to warrant a block-
print’d note
Regarding the stability of vertical forms and add’d, One is now
in the domain of Virtuosity, Romance
And the Symbolic, as if to hint that when, as it must, the big
River of forms (with apparatchik and analyst alike unditch’d)
washes itself wholly down into the emptying gulf
With its Aeolian airs and seizures, a muddy pine wood plank
stuck flat against the earth’s least likely to fly.

Friday jaunt to Chicago to, among other things, poke around in a couple of used book emporia, ah, whim and serendipity. The Kenner item (below) one result. Trajectory makes for a short weekend, and a somewhat squinty Monday morning viddy look at things. I like (of late) to think of myself kin to “Frank, the uninspired poet”—one of a motley outfit found in Charles Portis’s Gringos:

Frank didn’t write anything, or at least he didn’t publish anything. Beth claimed he burned with a nonluminous flame, and all the hotter for that. Perhaps. A nonflowering plant. He soon drifted away. The Olmecs didn’t like to show their art around either. They buried it twenty-five feet deep in the earth and came back with spades to check up on it every ten years or so, to make sure it was still there, unviolated. Then they covered it up again.

(Another Portis character, one “Minim” is “a retired bowler and sports poet”: “he maintained that bowling was held in even lower esteem than poetry, though it was a close call. He had made more money with his short sports poems, he said, than he had ever made on the bowling circuit, though not much more.”) So (“So”?), as Tennessee Williams says somewhere: “Intentions are sometimes delusions, but they are as necessary as breath. / So en avant, meaning right on.” I seem suddenly obsess’d with long-wind’d sonneteering of a sort, mid-hinged (or un-hinged). A fool’s errand all of it, is how I’m seeing it . . . 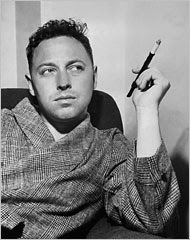 Out of Hugh Kenner’s textbook (“Note to the Teacher”: “The aim . . . is to get a useful terminology into circulation with the minimum of fuss. It contains a good many twentieth-century poems, mainly to postpone the complication presented by period styles” and “Much of the commentary has been kept sufficiently gnomic not to impede the teacher who wants to modify or dissent from it”) (“Note to the Student”: “A conscientious effort has been made to include in this book nothing that seems likely to waste your time. Nevertheless, you aren’t expected to admire everything you find here. The book contains numerous imperfect poems, some period pieces, and a few specimens with which something has gone badly wrong” and “The editor’s opinions are fallible. So are yours and so are your teacher’s”), The Art of Poetry (Holt, Rinehart & Winston, 1959), out of the chapter titled “The Image: What the Words Actually Name”:

The novelist who isn’t trying very hard will tell you that his hero is, for instance, “a gentleman of independent mind.” You register the fact that nothing has been said against the fellow, and pass on, hoping, perhaps, that the villain will be more interesting. Whole pages, even, filled with phrases of this kind are simply thrown away. As likely as not, the reader skips, and with reason. Nothing whatever lays hold of his mind to compensate for the fatigue of shuttling his eye across the page. But if he came upon these words of Confucius, they would perhaps bring him up short:

The proper man is not a dish.

This is a factual statement. It isn’t an “as if.”
But it is not the sort of factual statement on which the dictionary gives much help: “A vessel, as a platter, used for serving food at the table,” etc. Mediating on the two halves of the sentence, we think of the dish as an implement, something used (the “proper man” isn’t used by anybody); as an object into which you put things (the proper man doesn’t passively submit to being “filled up”), as distinguished from, say, a spring or a well; but an object into which you can’t put very much, as distinguished from a pot or a barrel (note the popular phrase about so-and-so being “deep”).
“Dish” in this sentence is an extremely rich term; richer that any of the usual attributes of propriety . . . It derives this richness of implication not from the dictionary but from being juxtaposed with “The proper man.”
When words are skillfully put together (juxtaposed, literally put together, placed in contact) they generate potentials of this kind; exactly as, when you touch electric terminals together, you get a spark.
“Dish,” in this example, may be called an image: a thing the writer names and introduces because its presence in the piece of writing will release and clarify meaning.
When it is placed in contact with “is not a dish,” the phrase “the proper man” is illuminated. It exhibits more meaning and more definite meaning, than it did before. This is the normal function of images.

(Quick graphing “at” the page without perusal, is it possible to mistake Confucius’s line momentarily for something out of Stein’s Tender Buttons?) Under “Useful Books” (neither “prescription nor an exhaustive catalogue”) Kenner lists Pound’s ABC of Reading (“Very high concentration of horse sense per page”); Richards’s Practical Criticism (“this analysis of the ways in which naïve but opinionated readers make fools of themselves has saved many students from the tempting supposition that poetry can be absorbed like Coca-cola”); Brooks’s The Well-Wrought Urn; Empson’s Seven Types of Ambiguity (“This extremely uneven book pursues with resolute informality the method of teasing out strands of meaning in deceptively simple passages. Dangerous for the suggestible”); Leavis’s Revaluation (“The genealogy of ‘wit’ . . . The discussion never wanders from the specific examples under scrutiny”); Kenner’s own Gnomon; Davie’s Purity of Diction in English Verse (“The first critic to do anything useful with the concept of ‘diction’”); Eliot’s Selected Essays; and WCW’s Selected Essays (“The three essays on Pound in this book, and the earlier of the two on Marianne Moore, illuminate far more than their ostensible subjects. So do the aphorisms that turn up on every page”).

And, final word, Kenner, just to keep a big rock or two holding down the lid on the pot of critical “import,” quotes Samuel Johnson on criticism:

The greater part of readers, instead of blaming us for passing trifles, will wonder that on trifles so much labour is expended, with such importance of debate, and such solemnity of diction. To these I answer with confidence, that they are judging of an art which they do not understand; yet cannot much reproach them with their ignorance, nor promise that they would become in general, by learning criticism , more useful, happier or wiser.

Ah, for a pedagogy that admits up front its subject is a fool’s errand . . . 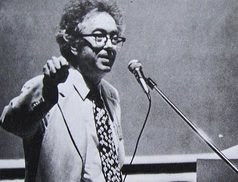