A Name for Everything

CCXVII
And in the middle
of things, the calculable
scoop of peach sherbet,
or the woodcock’s awkward
plunge up out of
sedge, an upland plover
still’d by field seemliness,
its dinge-normal drab
summery against the sanitarium
fence. Iron-black leaf-
tracery, Philadelphia red brick,
and the blue sloth
of the sky. I
veer and contend, content
with a plenum of
my own making, unaccompany’d,
like Pound departing Excideuil
‘to meet a rucksack’d
Eliot.’ If mannerism strikes
a note incomparably pure,
too, it is what
dogs and men disdain,
a conscientiousness that lavishes
its bounty and spunk
rigid against the natural.
It calls itself itself,
is unabashedly abrupt vis-
à-vis the common
vice of content, dismissing
it, totem, fetish, rut.

Yesterday: highway skimming the expanses of Ohio, its blistering flats, off to fetch a niece and “do” a couple of used book emporiums in Cleveland, and shoot back. I finish’d reading Charles Portis’s first novel, Norwood (1966). I long suffer’d under the delusion that one, Portis’s True Grit (1968) was written by the feller (Fred Gipson) who’d author’d Old Yeller (1956), and two, that that book was a book for fourteen-year-old tomboys (and nary nobody beyond). I find that Portis’s written a number of fine-honed novels, averaging one a decade or so, and—originally out of Arkansas (El Dorado, precisely)—low profiles it, often, apparently, in Mexico. I read him for the impeccable capture of speech:

“This stuff is cheap but it’s very nutritious.” He picked up the can and read from it. “Listen to this: ‘beef tripe, beef hearts, beef, pork, salt, vinegar, flavoring, sugar and sodium nitrite.’ Do you know what tripe is?”
“It’s the gut part.”
“That’s what I thought. I suspected it was something like that.”
“It’s all meat. Meat is meat. Have you ever eat any squirrel brains?”
“No, how are they?”
“About like calf brains. They’re not bad if you don’t think about it. The bad part is cracking them little skulls open. One thing I won’t eat is hog’s head cheese. My sister Vernell, you can turn her loose with a spoon and she’ll eat a pound of it before she gets up. Some people call it souse.”
“Why do they call it that?”
“I don’t know. You got to have a name for everything.”
“Yes, I hadn’t thought of that. Well, they’re both good names. Tripe. Souse.” 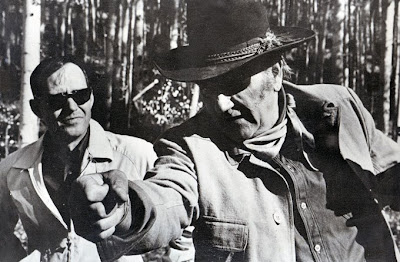 Out of Alda Merini’s I Am a Furious Little Bee (Hooke Press, 2008), translated by Carla Billitteri:

What drives
the phallus mad
is the fact
that it has always had
a clear purpose.

They forced me to eat
the placenta
of my books.

I waited for so long
all my books became exasperated.

Billitteri, writing in a short introduction, notes that Merini (“born in Milan in 1931”) publish’d her earliest (and highly-praised) books (“written in an Orphic mode, using rarified language; religion and carnality were their pervasive themes”) “between 1953 and 1961.” Then: “two decades of confinement in mental institutions brought Merini’s promising career to a halt.”

When she emerged again in her fifties, she was a very different writer: much more powerful, her language compressed, sometimes violent, her work marked by breaches of decorum not possible in the elevated style of her youth. Still obsessed with spirituality and the body, but embracing a bold confessionalism, Merini had acquired a witty, unadorned vernacular Italian. She swiftly became one of the most popular poetic voices in the country, her reception prepared by the earlier arrival of the Beats, who, like Merini, used themselves as object lessons in a artful combination of narcissism and self-exposure.

(To recognize the confessional core of the Beat’s “project” is stunningly apt, throws a monkey-wrench into the terminal belly-aching “at” the confessionalist mannerisms of Lowell and Cie. A not unreasonable “lateral move” ’d see the “narcissism and self-exposure” at the heart of the FlarfCo® follies.) Merini’s aphorisms in “I Am a Furious Little Bee” come out of “a series of limited edition chapbooks under the imprint Edizioni Pulcinoelefante (Chickelephant Editions)” publish’d in the mid-’nineties, and later collected in two books: Aforismi e magie (BUR, 1999)—“the first large commercial sampling of the work originally published by Pulcinoelefante”—and Fiori di poesia, 1951-1997 (Einaudi, 1998). Billitteri:

Merini’s delight in provocation often takes the form of a stripping of pretenses, and one of the pretenses she delights in exposing is the Orphism of her apprenticeship. “MY voice sounds distant,” she muses, “because I’m phoning from the sky.” Since her poetic intelligence is released from the “phoniness” of the epiphanic, Merini comes out as “furious little bee,” tired of the profundities of the poetic, fed up with the superficial “perbenismo” (code of proper conduct) of bourgeois culture. “My entire life / I have sought refuge / from sanctity,” she writes. And also: “SUPERFICIALITY / disturbs me / but profundity / murders me.” This disdain for sanctity, for profundity, is one of the sources of Merini’s popularity: her anger, so lively and palpable though the aphorisms, liberate her readers from the morally correct sense of poetry’s mission . . . and gives them in its place a creative lack of purpose.

In my home
I live with a certain Salieri.

Where’s a similar aphoristical bud so fiercely nipped off in letters norteamericano? Dull-headedly, I think of only one example, and that plus ou moins anomalous—though a re-examination of the The Really Short Poems Of A. R. Ammons may point to the contrary. Ammons’s “Coward” reads: “Bravery runs in my family.” 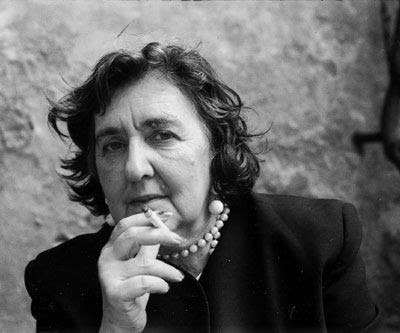