CCXXXIX
Radical unconnectedness in South Bend, delirium tremens in Port
Huron, a deluge of hymnody
Up and down the Susquehanna, rudimentary anger at Cape May Point.
Vigorous vying amongst the other delinquents to divvy up the dump’d horn
of cold remedy capsules and NoDoz
At the boy’s training school near Whitmore Lake. Inexorable sonority of
wild baying scorn unform’d by the usual
Terrestrial grunt work trials. Now visibility fogs the voice, that thousand-
foot lumberjack in the story’d distance
Is hunkering down into scruff conspiracy with all of nature, serenely
stuffing a cabbage with bacon.
Chiasmic double-blade ax slung up shoulder. Nobody’s cover’d that song.
Nobody knows that song.

Babylon in a syringe pitch’d out a speeding Mustang into the fug night’s
one effulgence, that plaza near Baltimore
With the one-arm’d pumps. Malaise in the bunker, tinned octopus and cream’d
Corn. Incipit vita nuova is what I carv’d in the bunk-
bed slat. Nobody believed it.
Nobody believed shit. A moon stray’d up into the sky, dirty paper plate.
Primordial limitlessness and satiety in Baton Rouge. Ennui and lamb chops
in Raleigh, police in Beaufort. Adherent scarcity
And recklessness in Chattanooga and Ooltewah. Doctrinal waverings
where the tarmac end’d. Penetralia
And crevice in the cedar swamp adjacent to Half Moon Lake. Unwork’d
and ungull’d piracies, remorseless pioneering eschewals.

Ah, fidgetings. Hearty clappings in the penitential fires whilst my arms burn up and drop off. Dog days? Insobriety? (No thanks.) No fire to that Pynchon book, I dog through it and my cache mounts. I see in the “Foreword” to Kenner’s Gnomon: “In a long historical perspective, the Vortex [Kenner’s name for the “seminal poetry and prose” of the first half of the twentieth century, what he later call’d “The Pound Era”] is the third of a series of concerted attempts to deal with certain problems of perception and action which were present by the Renaissance and which came to a focus in the early eighteenth century; my forthcoming book The Night World will elucidate this statement.” And, flailing about, long to see Box 18, Folder 15, “The Night World [unpublished]—holograph and typescript fragments, n.d.” stuck amidst Kenner’s papers in Austin, and know the story thereto.

Out of Hugh Kenner’s Gnomon: Essays on Contemporary Literature (McDowell, Obolensky, 1958)—the epigraph reads “. . . study with the mind of a grandson / and watch the time like a hawk” (out of Pound’s Canto LXXXV, chinoiserie soonest stir’d up in the batter with with techne, τέχνη):

Dr. Williams, infinitely sympathetic with the purposefulness of earnest coteries, is our champion contributor to the least-known magazines, into which he empties his mind of its current obsessions. Since he hasn’t been all these years painfully developing a system (which means trimming one’s later ideas to fit the earlier ones: “order that cuts off the crab’s feelers to make it fit into the box”): hasn’t feared to risk in his fifties and sixties the kinds of false starts that don’t matter in one’s twenties; and has kept his mind at the moment of writing fixed on some object or other that looms as oppressively as the cat’s head in the primitive painting (“a cat with a bird in his mouth—a cat with a terrifying enormous head, enough to frighten birds”)—for all these reasons random samples of his fugitive writings, gleaned from such copies of equally fugitive magazines as come one’s way, are apt to prove unfortunate. Hence the impression (on what has been to date necessarily imperfect acquaintance) of a bush-league avant-gardist, one foot still in the1920s, apt to be sent gaga by the latest surrealist. His tone isn't soothing; he is himself the archetypal six-foot cat’s head; even when he makes an appearance among the statuary of more securely capitalized publications, virtually put on his honor not to frighten the birds, commissioned for instance to review Shapiro’s Essay on Rime, he is apt to throw his overcoat onto the grand piano (“I hadn’t prepared a damn thing” [Kenner’s quoting out of WCW’s report, in the Autobiography, of a 1950 lecture at UCLA]) and begin—

Suppose all women were delightful, the ugly, the short, the fat, the intellectual, the stupid, the old—and making a virtue of their qualities . . . made themselves available to men, some man, any man, without greed! . . . Take for instance the fat: if she were not too self-conscious, did not regret that she were not lissome and quick afoot, but gave herself, full belly, to the sport! What a game it would make! . . .

The man who jammed a notion like that into the Kenyon Review can be credited with having extended our notions of the possible, but hardly with an Eliotic platform manner. It is no wonder that he isn’t known as a major critic, especially since he doesn’t specialize in putting into hierarchies an array of poems closed off forty years ago . . . but concentrates on the nature of writing, especially the writing that somebody ought to be doing right now. No critic senses more urgently the immediate relevance of his subject to this year’s necessary activities.

Admittedly, one is tempt’d—is it Williams’s coat toss’d so unseeingly, so negligently onto that grand piano as if it were an ordinary ottoman, or worse, a “dining room table” (try talking to one sometime)? or is it that lovely gruesomeness defining wrong-head’d categorical imperatives—“order that cuts off the crab’s feelers to make it fit into the box”?—the enticement is there, to make Kenner’s lines allegory to the current “era” with its one-foot-in-the-door systematizers and dogmatists and turf-defenders, its toy statisticians and rankers, its near-sight’d lumpers and splitters, its gainsayers for lineages freak, its taste-testers of some no-account imaginary sociological stew. For Williams, the critical “feat” is akin to the writerly one—gut intuiting, perfect timing, Zen suspension, a good eye and a twenty-two (none of that double-barrel’d shotgun haphazardry):

The trick is delay; to involve the mind in discussions likely to last a lifetime and so withdraw the active agent from performance. The answer is, an eye to judge.—When the deer is running between the birches one doesn’t get out a sextant but a gun—a flash of insight with proof by performance—and let discussion follow. If the result is a work of art the effect is permanent.

Kenner, who’s reviewing Williams’s Selected Essays (publish’d 1954) (WCW is a couple years beyond seventy at the point of the gathering) in a piece call’d “Dr. Williams Shaping His Axe” (originally print’d in the Hudson Review in 1955) identifies perfectly the temperament of the iconoclast:

Amid boulders his shots often ricochet; this wouldn’t happen if he were pelting his quarry with grapes, but it has condemned a good deal of his prose to mere eccentricity. In retrospect, fortunately, Williams can be trusted to identify his solid critical achievements, though unlike Pound and Eliot he hasn’t up to now troubled to keep them pruned and in circulation. His Selected Essays—a collection of pieces that should have been widely known years ago (the gist of the book lurks in passages written before 1939, and the contents date from 1920) ought to scatter a good many pigeons. Its advent is nicely timed to disturb the afternoon peace of a bureaucracy that has lately been supposing all the major criticism of the present time to be well known and sifted, the orthodoxies established, the hammocks slung, the returns in, and nothing to do but execute philosophical doodles . . .

Williams, so late to the hustings: no use preening and consolidating, too much work to do. How different the crafty sociologues of the current crop and consortium: they who routinely run “think pieces” that verify and provide summary disbursements of, mostly, their own already thought. 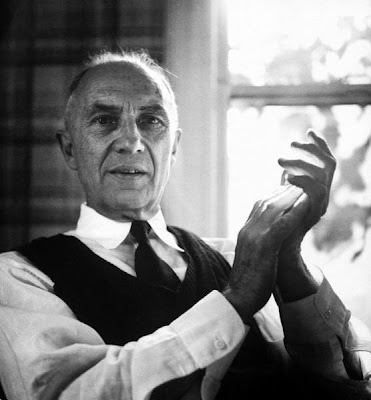