CXLII
Here (doubtless passéiste sloganeering)
is my bullying counter-
command apropos of loud-
speakers: that you refuse
to allow any (agreeable,
benign, simpatico, or just)
to speak for you.
Authority (and hierarchy) loves
a designee, a mouth-
piece, and a glare,
whereas ‘a smattering of
prebends rends Scripture itself.’
(In unlit medieval Paris
anybody out at night
had to identify himself
by carrying a light.)
Bachelard: ‘The lonely dreamer
who sees himself being
watch’d begins to watch
the watcher. Hiding one’s
own lantern exposes the
lantern of the other.’
Ah, the brute whelm
of dispersal, the hang-
dog intimacy of base
surveillance! (Melville instruct’d Hawthorne:
‘go to the Soup
Societies.’) What I mean
is, be one who
unendingly disembarks, one who
mans a spectre-boat
in a loudening gay
flotilla, keeping the security
apparatus and engine nervous
(with its uncanny representations
of men), ‘a process of counter-
surveillance trigger’d everywhere a
surveillance lantern is lit.’

Splay and angst (a general condition). I paw the pristine (invariably, it is a book), trying to consume it. The balance, the tidy of it, compels and mocks: how-lock’d down and impeccable it is! How nail-bit and distract’d am I! Counter-clock’d cart-wheeling eye activity unleash’d on cue. Wood rasp roughing up the oily brain-lobes. A palsy and wobble of thinking loos’d like the belt-slipping squeak-chatter of a chipmunk, who finally streaks off with its tail stuck straight up, a one-idea man, like a man with a sandwich-sign.

Reading (finally, cavalcade and uproar of fidgeting subsiding) a little of Phillip Lopate’s new Notes on Sontag (Princeton University Press, 2009), inaugural number of a series of “Writers on Writers.” The sufferance of the essayist in a (compensatory) world of novelists:

I, who revere the art of essay writing, and who can never regard literary nonfiction as even a fraction inferior to fiction, find puzzling Sontag’s need to be thought primarily a novelist. But not unusual: postwar American writing featured a number of writers arguably better at nonfiction who preferred to be thought of as novelists: James Baldwin, Mary McCarthy, Gore Vidal, Norman Mailer, Truman Capote. Novels were considered the Big Game, essays the minor pursuit.

(And poetry? Only the foolish hunt the “queenly” poem—its reward is cachet, that majestic seal, pizzazz, what, one supposes, we now call “cultural capital.” One suspects the poet who “turns” novelist of some baser grub-instinct.) What Lopate’s book allows (in its notational, digressive way): a way of looking at Sontag’s contradictory moves. In “Thirty Years Later . . .,” a piece reconsidering her own 1966 classic, Against Interpretation that she publish’d in The Threepenny Review in 1996, she says “My idea of a writer: someone who is interested in everything,” and (as Lopate notes) “rues what she sees as the present moment, as ‘age of nihilism.’” Lopate: “while loyal to the Sixties, her honesty forces her to consider that its irreverence may have planted the seeds for the undermining of seriousness, while ‘the more transgressive art I was enjoying would reinforce frivolous, merely consumerist transgressions.’” Not that Sontag is assuming blame. She says:

Writing about new work I admired, I took the canonical treasures of the past for granted. The transgressions I was applauding seemed altogether salutary, given what I took to be the unimpaired strength of the old taboos. The new work I praised (and used as a platform to relaunch my ideas about art-making and consciousness) didn’t detract from the glories of what I admired far more.

And, later: “To call for an ‘erotics of art’ did not mean to disparage the role of the critical intellect. To laud work condescended to, then, as ‘popular’ culture did not mean to conspire in the repudiation of high culture and its burden of seriousness, of depth.” Which sayings inevitably require that I thump a little at “the age” (as I am wont, for at heart, “at heart I am an American moralist and I have no guilt,” as Patti Smith nearly said . . .) in its shallower manifestations (see the maximum gagas of FlarfCo® and company), recalling how, even in the original pages of “Against Interpretation,” even with its puckish Wildean epigraph “It is only shallow people who do not judge by appearances,” Sontag is clear: art’s job is refusal, the refusal to be buffalo’d by sheer consumptive ardor, mere fatting up on hilarity like medieval grotesques:

Ours is a culture based on excess, on overproduction; the result is a steady loss of sharpness in our sensory experience. All the conditions of modern life—its material plenitude, its sheer crowdedness—conjoin to dull our sensory faculties. . . .What is important now is to recover our senses. We must learn to see more, to hear more, to feel more. Our task is not to find the maximum amount of content in a work of art, much less to squeeze more content out of the work than is already there. Our task is to cut back content so that we can see the thing at all.

As Lopate puts it: “style as morality” is one of Sontag’s recurring concerns. As Sontag says in “On Style”:

All great art induces contemplation, a dynamic contemplation. However much the reader or listener or operator is aroused by a provisional identification of what is in the work of art with real life, his ultimate reaction—so far as he is reacting to the work as a work of art—must be detached, restful, contemplative, emotionally free, beyond indignation and approval.

That, against excess, formal or contentual. Lopate, recalling how Sontag’d approvingly quoted Jean Genet’s line that if his works arouse readers sexually, “they’re badly written, because the poetic emotion should be so strong that no reader is moved sexually. Insofar as my books are pornographic, I don’t reject them. I simply say that I lacked grace,” insists that

. . . grace is all, in Sontag’s cult of art. Sontag remains on some level a classicist, an Apollonian, embracing balance and harmony. Perhaps there is no contradiction here, like the teacher who writes on the blackboard in Godard’s Bande à Part, “Classique = moderne.”

Steve Evans is putting up the 2008 Attention Span. Select’d books that dogged or compell’d somehow, territorial marks of the preceding year or so with a clinging whiff. I stuck to poetry. 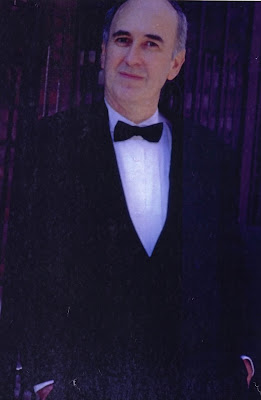