The Age of Beeps

CXXVIII
If the push
of modernity with
its constant buck-

up of newly
deliver’d things, its
machinery and mayhem,

its gaud surge-
and-splurge turbulence,
all of it

seemingly guaranteed by
the buttery sun-
realms of intractable

earnest and querulous
precedent, up to
unforeseeable heights chugging—

in a feverish
mania of unmaking,
in track’d plunge

obsolescing into vestige
like a rollercoaster
or a coupon:

undevised, a fissure
in the catastrophe,
like a book.

Baudelaire addressing the poetical / critical gulf, its bridging (out of “Richard Wagner and Tannhäuser in Paris”):

To find a critic turning into a poet would be an entirely new event in the history of the arts, a reversal of all the psychical laws, a monstrosity; on the other hand, all great poets naturally and fatally become critics. I pity those poets who are guided by instinct alone: I regard them as incomplete. In the spiritual life of the former a crisis inevitably occurs when they feel the need to reason about their art, to discover the obscure laws in virtue of which they have created, and to extract from this study a set of precepts whose divine aim is infallibility in poetic creation. It would be unthinkable for a critic to become a poet; and it is impossible for a poet not to contain within him a critic. Therefore the reader will not be surprised at my regarding the poet as the best of all critics.

Thinking aloud: is becoming a critic (out of the uncontainable ebullience of the done-deed teleology that is the poetical lot) a leg up and proceeding along the path to becoming a “man of the world”? For Baudelaire’s “The Painter of Modern Life” ’d seem to dismiss the mere “artist” (interchangeably, “poet”?) calling him “a specialist, a man wedded to his palette like the serf to the soil.” In Baudelaire’s nimble invect: “it must be admitted that the majority of artists are no more than highly skilled animals, pure artisans, village intellects, cottage brains. Their conversation, which is necessarily limited to the narrowest of circles, becomes very quickly unbearable to the man of the world, to the spiritual citizen of the universe.” (Is “village intellects” unsuspecting “source” for Stein’s smackdown of Pound as “village explainer”? I doubt it.) (Is Baudelaire’s thesis the reason why we poets clump up so—like curds—in narrow, impenetrable and sheltering “scenes” that resemble gated communities? Could be.) How Baudelaire’s “man of the world” differs: “the mainspring of his genius is curiosity.”

Baudelaire’s exemplary “man” is Constantin Guys, draughtsman for the Illustrated London News. Guys (out of the Journals of the brothers Edmond and Jules de Goncourt):

A little man with an animated face, a grey moustache, looking like an old soldier; hobbling along, constantly hitching up his sleeves on his bony arms with a sharp slap of the hand, diffuse, exuberant with parentheses, zigzagging from idea to idea, going off at tangents and getting lost, but retrieving himself and regaining your attention with a metaphor from the gutter, a word from the vocabulary of the German philosophers, a technical term from art or industry, and always holding you under the thrall of his highly-coloured, almost visible utterance.

Or, Guys painting (in Baudelaire’s words): “So now, at a time when others are asleep, Monsieur G. is bending over his table, darting on to a sheet of paper the same glance that a moment ago he was directing towards external things, skirmishing with his pencil, his pen, his brush, splashing his glass of water up to the ceiling, wiping his pen on his shirt, in a ferment of violent activity, as though afraid that the image might escape him, cantankerous though alone, elbowing himself on.” (Think of Philip Guston saying: “Frank [O’Hara] was in his most non-stop way of talking, saying that the pictures put him in mind of Tiepolo. Certain cupola frescoes. Suddenly I was working in an ancient building, a warehouse facing the Giudecca. The loft over the firehouse was transformed. It was filled with light reflected from the canal.”) (Think of O’Hara’s “Cavallon Paints a Picture,” with its radical rejection of any locus classicus ideal or overweening “truth,” its hymn to the most ephemeral of temporaries, whatever’s “of use”: “Insofar as we are thinking of painting, its interpretation depends on use. . . . Techniques of painting have been explored so thoroughly in recent years that their usages now seem to have evolved almost symbolic weights and meanings, not as absolutes, but as stances.”)

The challenge of Baudelaire is to pull beauty out of modernity’s mayhem (a stance that rejects wild blind lazy appropriating of “the inappropriate” equally with any finicky pre-modern snubbing of the age):

. . . for it is much easier to decide outright that everything about the garb of an age is absolutely ugly than to devote oneself to the task of distilling from it the mysterious element of beauty that it may contain, however slight or minimal that element may be. By ‘modernity’ I mean the ephemeral, the fugitive, the contingent, the half of art whose other half is the eternal and the immutable. . . . This transitory, fugitive element, whose metamorphoses are so rapid, must on no account be despised or dispensed with. By neglecting it, you cannot fail to tumble into the abyss
of an abstract and indeterminate beauty . . .

This is a slow dance wherein you look at each other hatefully . . .

But this is the soft version of the thing . . .

The “This,” and “this,” and “this” that dominate the lines throughout the book; the candy-ass surreal (“This can be humorous like a crotch sparkle . . .” it says elsewhere); the tone constant of toss-off, a kind of dismissive hauteur-ironique; if one registers the all in terms completely fugitive and contingent, is there anything left to anchor what’s immutable? Nothing beyond the UPC barcodes embedded throughout the book: poem as trade product placement (complete with tracking device for inventory “feed outs”). Scanned, they beep. 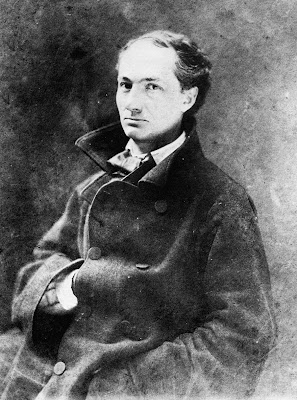