CXXXVIII
Ephemeral, like the caddis-
fly that emerges up
out of its debris-
cover’d sac. Attach’d with
spittle to some down-
river side of rock,
its larval cairn marks
the imago’s hatch, synchronous
and en masse, design’d
for maximum sexual provender.
Oh the social ditties
of the formicary, apiary,
honeycomb, dewy and meagre—
it adds up nothing,
one isn’t the color
of the wood louse
roll’d up the size
of birdshot, one isn’t
the shrike-hung mouse
in the hawthorn tree.
Down in the dead
oak leaves, matted, under-
runnel’d with millipede holes,
the mayapples upthrust, provide
a sudden interrogatory green.
What is the point
of the ongoing cycle,
the abiding render’d stoic
by loss, the prissy
pure convert’d to God-
teeming morbid excess by
loss? The shaky crapulent
hand in the margin
is appraisal and testament.

The stretch’d out weekend, reading Larry Heinemann’s 1977 Close Quarters in between bouts with the Goncourt’s Journals. (I like my juxtaposings fatuous.) And dabbled in Daniel Kane’s new thing, We Saw the Light: Conversations Between the New American Cinema and Poetry (University of Iowa Press, 2009), with chapters on Kenneth Anger / Robert Duncan, Stan Brakhage / Robert Creeley, Frank O’Hara / Alfred Leslie, and John Ashbery / Rudy Burckhardt, amongst others. Out of it is Stan Brakhage replying to the question “What’s your response to the postmodern aesthetic that seeks to break down the boundary between art and pop culture—in essence, that anything can be art?”

Created by a lot of lazy people who want to have their childhood kicks and have it sanctified as it was something tremendously serious. It’s not church-worthy. And they have infiltrated the colleges to an enormous extent where they’re even more pernicious because they know perfectly well that how to become a popular professor is to give all their student the sense that they can have all their easy movies, where they can escape and bug out, while at the same time having a profound art experience. The students lap it up, and both them of serve each other, sitting in lazy land. You know art is a hard pleasure, and that’s the beautiful thing about it. The appreciators are as hard-working as the maker to comprehend and unravel the enigmas and the complexities of a poetic cinema.

(Ah, all that whoop’d up Poundian struggle, the drawstring of the Beardsley line to Yeats that is work’d into the hem of the Cantos, “So very difficult, Yeats, beauty so difficult.” Pound:

La beauté, “Beauty is difficult, Yeats” said Aubrey Beardsley
when Yeats asked why he drew horrors
or at least not Burne-Jones
and Beardsley knew he was dying and had to
make his hit quickly

The Beardsley who perish’d of tuberculosis at age twenty-five, who aver’d: “I have one aim—the grotesque. If I am not grotesque I am nothing.”) That’s one thing I think, and parry Brakhage’s thrust to make of any art a religion. (Kane himself initially counters the Brakhage with lines out of O’Hara’s “mock manifesto ‘Personism’”—“Nobody should experience anything they don't need to, if they don’t need poetry bully for them. I like the movies too. And after all, only Whitman and Crane and Williams, of the American poets, are better than the movies,” seemingly putting O’Hara in the “popular culture” camp—a move that may not adequately read the ferocity of O’Hara’s contempt for the assumption of any need to make the distinction.

The other thing I think: how Brakhage’s lines might well apply to the Flarf / Conceptualist drill squad (whose only discipline, “sitting in lazy land,” is point’d toward the maintenance of tight ranks). Surely the “kicks” available there, if not exactly matching those of one’s childhood, mimic precisely—fatuous juxtaposings front and center again—those of the childhood of the “art.” What if one were to bring the Goncourts into play?—“There have been many definitions of beauty in art. What is it? Beauty is what untrained eyes consider abominable. Beauty is what my mistress and my housekeeper instinctively regard as appalling.” Is that a difficult beauty, or a class’d beauty? One is, I suppose, caught between rejecting the taint of religiosity, puritanical, the gnash’d teeth art-struggle, and rejecting the hoydens of gaping boorish “humor” at all cost (with its meretricious claims to profundity or “the age.”) Where turn? Nowhere. Vietnam novels. Who cares about beauty anyway? Edmund Burke says “Beauty is . . . some quality in bodies acting mechanically upon the human mind by the intervention of the senses.” Ah, these robotical clods . . . Why are you reading this anyhow? 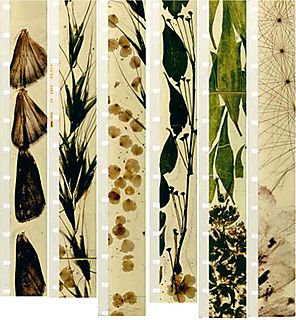 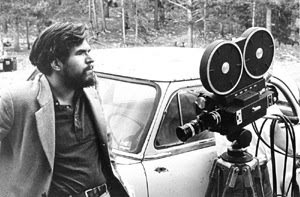