CXL
Isn’t Frank O’Hara’s “minute bibliographies of disappointment” akin to
Pound’s “dim lands of peace,” that abstract genitive
Superfluous and dulling, spooning off adequacy? Though I think
O’Hara’s putting it to Ezra’s patootie a little when he says in “Personism”
How “the decision involved in the choice between ‘the nostalgia of
The infinite’ and ‘the nostalgia for the infinite’ defines
An attitude towards degree of abstraction.” I think he’s harrumphing
Out with a little malicious glee there, something he did with the ease
Of a gasp. When he plow’d through Sir Thomas Browne’s Religio
Medici (juggling a tumbler of gin and a Camel cigarette, sunk down
Slouch’d in a canvas butterfly chair) and noted “when I
Survey the occurrences of my life and call into account the finger of God,
I can perceive nothing but an abyss and mass of mercies,” he leap’d
Up like a rodomontade knocking the philodendron alee to write
That thing about the “natural object” of church Sundays and The
Finger.

Truth is, in my own “parade / of a generalized intuition” (how I “judge” the poetry-beasts that trundle down the thoroughfares dropping hot steaming turds of a maniacal variety of inconsistency), Chris Nealon’s Plummet is nigh-terrific. He works a supple long line (“I know prose is a mighty instrument but still I feel that plein-air lyric need to capture horses moving” he writes in “Poem (I know prose . . .)”) and, in a world seemingly divided between the jaunty and the raunchy (and no Mark Twain mete enough to refuse it all), Nealon chooses both (“Your job? Just keep cracking Demeter up” slides uneasily into “At the gates of Arabic I enter, illiterately // Actually I know two words // shaheed / habibi // I watch depictions of electrocution under bright fluorescent lighting with a slightly elevated heartbeat” into “Do I have an astral body or a tapeworm?”), and provides the humor himself. Nealon’s got verve and wit, and it regulates (without throttling) the underlying political rage of the book. Here’s “Sunrise,” one of the longer pieces in Plummet:

it says, nothing you read will help you now

the war is on

why does universal
matter peddle itself in packets when
we could take it harder?

slight convexity that used to be
the flat screen,

disturbing
flatness that was once
a curved screen,

pleated fabric
on the walls and the movie so unmagical

not the moving image
not the immanent translation

not the hem who touched the hem

so noon is when the spoken
and the written touch

in chants, in shouts—

glyph of the beautiful
Molotov-thrower
throwing a bouquet

glyph of the black flag
held aloft in schools

now into walls of fortresses

across the strange black vinyl of the shitting-stalls

on the lenses of the egrets poised above the freeway

with the edge of an Xacto

we’re here to puke in many colors—

(The dates, obviously, of the beginnings of “our” two illegal and preemptive incursions—wars—against the sovereign state of Iraq.) If the piece begins in medias res and in writing (“felt-tip pen”), that never-casual and unceasing thing, it also begins with a terrible helplessness, the minuscule “spider.” (Recall “new forms of compositional helplessness”—the writer in / against the state is equivalent to “pig-poetic snuffling,” air, and theory.) I like how quickly human and local the cacophony of noises becomes: “helicopters” to “bicycle bells” to “schoolkids”—the beginning of the war’s got all the everyday nonchalance of an ice cream truck toodling by, against which—is it the academical self who’s indict’d?—“nothing you read will help you now.”

In the second section of “Sunrise”: a tiny jagged essay on the varieties of screening (screening off, screening in order to see) by way of television and movie screen shapes and sizes. “Packets” of “matter” (that hardly matters), only its shrinking (and our distance) makes any difference (“we could take it harder,” a lament for the simulacral ease that allows such farce). “Peddle”: the sale of the war, its image made palatable to the public by (or through?) “immanent translation”—that stupid inward glow of the nightly news, its acceptable drone, no hem (of stage curtain, of actress’s skirt): we’ve not even the chamber’d proximity of “live” theatre.

Three. Is “noon” akin to “high noon,” that old Western confrontational convention? If Nealon’s writing (partly) about the efficacy of the written word versus what, mobilization of bodies? the protesting crowds of the manif? speech? is it here that some rejection of writing occurs? Why “your voices”—that distance? Still: the physical world—the “cryptogrammatic slur // all touch—” fails, too, and becomes mere “glyph” (and glyphs out of a rather Hollywoodish, popular imaginary, “Molotov” and “black flag” cartoonishly dispelling even the “ease”-reality of any crowd).

Four. Another parable of writing. Sunrise itself turn’d to writing of a particularly vivid and rather gruesome kind. That “Xacto” recalling, one supposes, the “box cutters” of the “shahid” (martyr, witness; plural, apparently, šuhadā) of September 11. Writing become a kind of vandalism (“shitting-stalls”), not even the natural world (“egrets”) exempt, the “all touch—” tiny dream of communitas reduced to a slovenly plea: “Go Ahead Honey Touch It,” whilst something slightly ominous and “Federal” is done to the war “matter” (plastic bags evoking body bags?)

The paroxysms of puke in the final section occur, then, against a backdrop of the uselessly writ, the ineffectual—(I want to say the consciousness itself colonized by image-production, glyph’d-out). Against such helplessness, writing reduced to crude “carvings,” thwart’d and contain’d: illness and refusal, and the bodily joy of rebellion. Puke-music. Is it a form of infantilism? Probably. I did find some remarks that Nealon made about “Sunrise,” apparently for a class of Brenda Hillman’s. He refers to it as “that embarrassing thing, a political poem,” and continues:

—or, worse, a “topical” poem, involved in the recent war; in particular, it’s a poem trying to understand what kinds of writing and speech war generates, or captures. Basically I found myself, in March, thrown unexpectedly, in my political anger, into a kind of glyphic mode of seeing and reading: back in March, things—like events, and actors, as well as material objects—for a while things seemed both legible and conceptual to me, on the one hand, and like blunt, brute stuff, on the other. And somehow this seemed like the effect of the political situation.
So I thought I’d test out, from the vantage of witnessing mostly, what it meant to live through a moment glyphically, to stumble between the articulate and the inarticulate facets of outrage and hope. One way of thinking about how the “form” of the poem tries to do this, then, is to think of the five sections as offering different approaches or occasions for this glyphic outlook. First, as a kind of epiphany; second, in a humbling recognition that the distribution of images or narrative (I’m at the movies in this stanza I guess) is off-kilter; third, in the realization that sometimes the way to grasp both aspects of the glyph is in a “moment”: in a chance: when things congeal: as when people’s togetherness, all at once, works. The fourth section presses on that a bit, to imagine the activity of politics-as-“writing” as distributed across space, not just trapped in that one flash-place where a political demonstration is taking place; and the last section, with the “we,” imagines grappling with political meaning as a comic mismatch between the articulate and the inarticulate, in vomit, that un-formal thing.

One final piece, sans commentaire, because I admire it, its variable antics and celebratory / consolatory swagger / limp:

The body is amazing

You could just decide, I want really strong ankles

Various plastic and rubber devices can be used to train it

A movement of the limbs can say, this is how much space there is in business for
charisma

Leather Nikes in the 90’s, signifying triumph over technical obstacles

“It also has that wet look”

Depending on your nationality, your body can be “packed in ice and wrapped
in cellophane”

I may or may not be able to find it

Packed dance floors in slow motion / everybody on their cell

From the pagan version it has gone from being sculpture to being vector, but for what

When the body goes limp so limps the world

Soft as the slug’s antenna

Though my hair turn white I will not harden against it 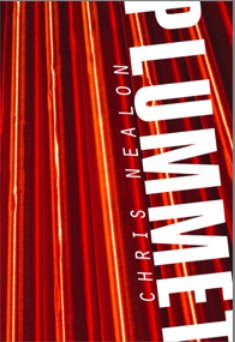