Disconcerting—and possibly “wrong,” though I only detail a trajectory—to open Chris Nealon’s Plummet (Edge, 2009) and see its epigraph (“—yet leave the tower”) and be swell’d momentarily along some populist gamut by lines (in the first piece, “Jackhammer Namaskar”) like: “I want to send a message to the multitude / I want to spread beatitude but the animals are afraid of me.” One readjusts for “tone” and (eventually) figures out that Nealon’s “plummet” is less a rejecting of the long-chided ivory tower with its fickle scholiasts, than it is Hart Crane’s “plummet heart” out of “Recitative” (with all the declamatory ambivalence toward the ordinary that poet employ’d, and that title recalls). Crane:

Then watch
While darkness, like an ape's face, falls away,
And gradually white buildings answer day.

Let the same nameless gulf beleaguer us—
Alike suspend us from atrocious sums
Built floor by floor on shafts of steel that grant
The plummet heart, like Absalom, no stream.

The highest tower,—let her ribs palisade
Wrenched gold of Nineveh;—yet leave the tower.
The bridge swings over salvage, beyond wharves;
A wind abides the ensign of your will . . .

In alternating bells have you not heard
All hours clapped dense into a single stride?
Forgive me for an echo of these things,
And let us walk through time with equal pride.

I want to read it—Plummet in general—as a struggle to talk sensibly about “the age” to “the masses”—or somebody “like” them, I use the word, a terribly weight’d one, unadvisedly, though Nealon himself is prone to touches of revolutionary chic: “glyph of the beautiful / Molotov-thrower / throwing a bouquet // glyph of the black flag”—(for it is inform’d through and through by recent and abominable U. S. history and it keeps nodding in the direction of the radical impossibility of doing so—that is, talking sensibly—without a complexity of register-shifts, both self and “project”-deprecating.) That is to say: Plummet is smart and smart-alecky and fun: it is, too, beleaguer’d precisely by the “nameless gulf” of “no way to say it.” See it in the opening lines of “As If to Say”:

So I’m digging these new forms of compositional helplessness

“I bring to this project an immense wind”

I try to write descriptively,

But it all comes out a calligram: check-mark inanition: flicked wrist of creation

the gaming movement of vowel sounds
chorus and apostrophe

Only your prettiness is keeping you free

The trouble with such clever knowingness is that it threatens to become mere snottiness (later, the comedy-club Stevensesquerie “I seriously have a mind of winter” is follow’d by “I don’t know         it was spring”). It is poetry of the sleight-of-hand man, “pretty,” charged with audacity, and, for all its pump’d brave admittings of “inanition,” rather inane, and so (heartbreakingly, for one dreams of a poetry efficacious enough to make change) “free.”

“As If to Say” is not the only example. The preceding piece, “Headless,” reads, in part:

—I read your poem as a record of thirst, yes,
but also as a glass of water carried wobbling on a tray the length of the party

I think your poem is hot

All the jottings in my notebook bore me

There is no flag for its emotion but it has songs

That natural sass and fluidity of line recalls O’Hara (Nealon: “You pray: // I want / To be O’Hara / Lord, but it’s / Duncan where / We’re headed”—though one encounters none of Duncan’s pinch’d-to-fit esoterica here, or tendency to bombast). If the poetry loudly doubts its own efficacy, it does so with a wink and a nudge, wisecracking and promiscuous (I want to make a claim that it “falls” to something akin to “keeping the coterie amused”). (Not a quarrel with coterie-poetics, a quarrel with the dispatch of, say, the Iraq war to coterie-inflect’d ironies. See something like “Period Piece,” with lines like “the letter is the form in which the literary can still smile” or “I tried to write you sonnets but they sounded courtly” or “For your sake now I ignore the war, though I hope you will teach me the Latin for torture,” and ending—too knowingly caustic—with “Continue to love me. Send us your army.”) Fiddling whilst Rome burns? At its worst, it partakes of the empty-hand’d gaming of the clown-troupe FlarfCo® product. In poems like “Events and Happenings” (“The system was breaking down and we were lost in the maelstrom / The system was breaking down (which the mathematical theory says must happen) // They still weren’t acknowledging the system was breaking down, not to mention screwing people over and having them banned for life on LIVE, look it up!”), and “A Piece of It” (“The closing passages include Jake’s crisis of pure despair / Nine inches of pure despair // Wrenched into pure despair by a cowering husband, by a duplicitous, vile God, and not being able to afford £30+ for the so-called miracle moisturizers”), and “‘Most Gracious Channel’” (running similar basic data-mining moves on the phrase “this song” and pruning the imprudent—or impugning the impudent, or seeding the insedulous—out of what results), the borrow’d form itself mires down each piece. How quickly the Google-sculpt’d poem’s become an empty form, a shrug unreadable beyond itself, not unlike how WCW noted of the sonnet (though only after some several centuries) that every sonnet says “I am a sonnet”—every Google-sculpt says Google-sculpt. (Williams also noted how “Forcing twentieth century American into a sonnet” is “like putting a crab into a square box,” cutting off the legs to make it fit—a kind of fit image of the parsimonious low slapstick shtick that is FlarfCo®.)

Unsuccessfully ignoring the brazen voice of Elton John calling out of that final line and mucking up the O’Hara, I am trying to say that tomorrow a different savage parade’ll go by. And it’s banner’ll likely read: “What I Like about Chris Nealon’s Plummet.” 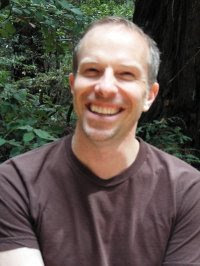 CXXXIX
Diaphanous the light
propellant against cranny
and cave. It

dispels drear, rousts
it out like
speech: ‘Who heareth,

seeth not form /
But is led
by its emanation.’

Pound. A shapeliness
sprung of wavelets
slapping a tympanum,

forg’d in that
sanctum wherein pound
hammer and anvil.

Form is musical
or it is
nothing, a sidelong

look, changeable, shredding,
like a loop
of yarn nail’d

up and undoing
itself somewhere within
a distant nook.