CXXXI
Up in the range
of throaty nuance is
found the wreck of
who we used to
be. That’s what every
song says now. Salvation’s
cue-ball didn’t never
drop in no pocket
without no help. Scratch
that. The chimney swifts
chitter and sail, stiff-
wingedly chopping the air
with the stumpy heroics
of sheer compensatory aerodynamics,
constant correct and exert.
Drop into a red-
brick’d towering roost hole
like a rag. It’s
so primitive to say,
throw my body down
there where the earth-
worm chews the loam.
Isn’t it pure sack’d
out complacency that spurs
the inconstant rotor, spooks
the song, notorious and
big, up and out?
I fly, I fly.

Hiatus: “A break in the continuity of a material object; a gaping chasm; an opening or aperture; hiation.” Thomas Browne: “The continuall hiation, or holding open its mouth [on the part of the chameleon], which men observing conceive the intention thereof to receive the aliment of air.” Which is the problem of the hiatus: who’s able to receive only “the aliment of air”? I am perceiving, of late, a tendency to swivel on the miasma stool, mildew’d, fingering the gunk in the air, slow slobbery and drooling, the “edge” gone. So I daily consider it, emptying myself into the mould of a “break.” Woodshedding, that lovely term. Off to practice by oneself. And fossicking through the tangibles, I find:

From palmy Kingston, the intricate needs of the Anglo-American Empire (1939-1945) had brought him to this cold fieldmouse church, nearly in earshot of a northern sea he’d hardly glimpsed in crossing, to a compline service, a program tonight of plainsong in English, forays now and then into polyphony: Thomas Tallis, Henry Purcell, even a German macaronic from the fifteenth century, attributed to Heinrich Suso:

With the high voice of the black man riding above the others, no head falsetto here but complete, out of the honest breast, a baritone voice brought by years of woodshedding up to this range . . . he was bringing brown girls to sashay among these nervous Protestants, down the ancient paths the music had set, Big and Little Anita, Stiletto May, Plongette, who loves it between her tits and will do it that way for free—not to mention the Latin, the German? in an English church? These are not heresies so much as imperial outcomes, necessary as the black man’s presence, from acts of minor surrealism—which, taken in the mass, are an act of suicide, but which in its pathology, in its dreamless version of the real, the Empire commits by the thousands every day, completely unaware of what it’s doing. . . .

Pynchon, of course. Out of Gravity’s Rainbow. “The dreamless version of the real”—isn’t it precisely in attempt to combat that, and the way it smudges out everything that one writes? Now sing and be happy! 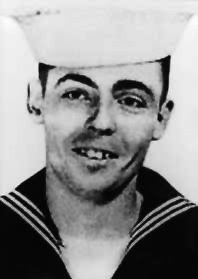