Jennifer Moxley’s There Are Things We Live Among (Stray Notes) 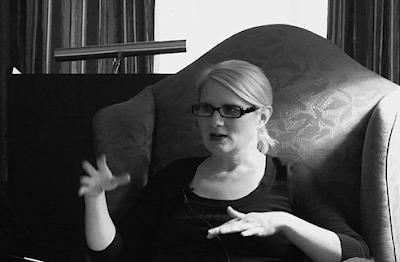 Read—rather tepidly—Jennifer Moxley’s newish book, There Are Things We Live Among: Essays on the Object World (Flood Editions, 2012). How square the Marx-quoting sensibility (out of “Fetish”)—

Marx: “Whence, then, arises the enigmatic character of the product of labor, as soon as it assumes the form of a commodity Clearly from this form itself.” In other words, when does a made thing become a fetish? The moment it becomes a commodity. Commodities are things that leave us behind, that erase the “human brain, nerves, muscles, and sense organs” that went into their making. Zombie-like, they replace social relations between men with relations between things . . .

Pickle dishes, teapots, sugar tongs. These specialized pieces evoke more than particular comestibles. They evoke the ideals of an old-fashioned middle-class home. Sugar tongs imply sugar cubes, a dainty item. Pickle dishes imply that pickles were once a fine accompaniment to a meal, and remind us of the importance of “putting up” preserves of food. After all, how many times a year does one need to serve pickles in order to justify having a special dish for them? These things, like the words “respectability” and “ritual,” have a quaint, outdated feel . . .

—(out of “Red Pickle Dish”)? Is there something of the connoisseur of the useless there? (Is poetry included in that category?) Or is it the finicky language itself—“particular comestibles”—I reject? Moxley proceeds to tell a mildly humorous story of being puzzled by “some heirloom china” pieces, purportedly “nut cups”—“six little china cup-like things, two by two-and-a-half inches wide, three quarters of an inch tall . . . white on the outside, pale pink inside”—too small for nuts (“were appetites so dainty one hundred years ago?”), only to apprehend suddenly (clue provided by the adornment: an “undersea motif” of “coral climbing over scallop shells”) a use equally particular and limited and quaint: individual cups for “a spoonful or two of tartar, served elegantly alongside some flaky white fish.” Household use stratified and ossified to the nth degree. Recalling Williams’s line “The pure products of America / go crazy—”: exorbitance in the fulsomely “expert” marketplace. Formal constancy a pitch against glut and anarchy. Dissonance in the hitch. In “Fetish” Moxley puts it thus: “Perhaps the secret of the commodity’s fetish-like quality is nothing but this: a nostalgic desire in the bourgeois Romantic mind for social relations to be fixed once again . . . that it might be free of both the anxiety of longing for things and the fear of losing them.” (That is, “respectability” and “ritual”—in Robert Frost’s terms, “a momentary stay against confusion.”)

Moxley, considering clothes “that define us” (out of “The Poem’s Wardrobe”):

I’ve always been struck by the moment in Ted Berrigan’s “Red Shift” when, about halfway through the poem, he lists three people, a boy, a girl, and a painter. Though we get a feel for all three, the only item of clothing mentioned belongs to the boy:

Not that practically a boy, serious in corduroy car coat
eyes penetrating the winter twilight at 6th
& Bowery in 1961.

I am surprised upon rereading to discover that the color of the coat is not mentioned, because in my mind I have always imagined it as brown. But why? Because it is winter, or brown is a boyish color? In addition to the lovely alliterative run of “corduroy car coat,” Berrigan creates a slick internal rhyme between “boy” and “corduroy” (a word which, serendipitously, includes a boy’s name, enforcing the “boyness” of this character). Through the mention of this coat, a car also comes into the poem, though the boy is standing on a street corner. I imagine that, were he to get into a car, it would be a 1961 model, perhaps a Chevy Impala, with bank seats, wing tips, and an automatic-shift wand behind a steering wheel. In other words, the item of clothing not only gives us insight into who this boy is—casual, perhaps not dressed warmly enough for the season—it also evokes an entire era. An era for which “Red Shift” is an elegy.

Explicatory doo-dah. Close reading comme fantaisie-impromptu. As Berrigan himself (he of the “indefinable ample rhythmic frame”) puts it: “There’s a song, “California Dreaming”, but no, I won’t do that.” Refusing the beckoning miasma of commodity “flight” (akin to any complacent extravagance, or lyric outburst—see Marx’s commodity emerging out of “an extremely obvious, trivial thing” to become “a thing which transcends sensuousness”: “It not only stands with its feet on the ground, but, in relation to all other commodities, it stands on its head, and evolves out of its wooden brain grotesque ideas, far more wonderful than if it were to begin dancing of its own free will.”) Isn’t “Red Shift” precisely an attempted denial of any finicky gussying up of the starker moment (see lines like “nothing / wrapped up, nothing buried” and “stupid permanent estrangement which is / Only our human lot & means nothing”)? It ends:

I’m only pronouns, & I am all of them, & I didn’t ask for this
You did
I came into your life to change it & it did so & now nothing
will ever change
That, and that’s that.
Alone & crowded, unhappy fate, nevertheless
I slip softly into the air
The world’s furious song flows through my costume.

“Costume”: garb of the “indefinable.” (I think of Olson’s formula: “What does not change / is the will to change.”) Berrigan’s “Red Shift” recalling, too, O’Hara’s “Joe’s Jacket”—the “seersucker” number borrowed by O’Hara one morning of a “less than average day” after a late-night talk with Joe LeSueur “only of the immediate present and its indiscriminately hitched-to past / the feeling of life and incident pouring over the sleeping city / which seems to be bathed in an unobtrusive light which lends things / coherence and an absolute, for just that time” (“just that time” slyly undercutting that “coherence,” precursory to the final line’s percipience of endless flux and its futile cautionary accoutrements:

it is all enormity and life it has protected me and kept me here on
many occasions as a symbol does when the heart is full and risks no speech
a precaution I loathe as the pheasant loathes the season and is preserved
it will not be need, it will be just what it is and just what happens

O’Hara, too, allowing the “world’s furious song” its flow, refusing (“a precaution I loathe”) to defer to (the fetishizing of) a “thing.”
Posted by John Latta at 7:07 AM