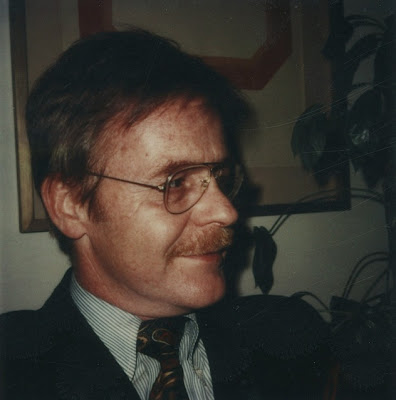 Write often write upon a thousand themes—rather than long at a time—   Not trying to turn too many feeble summersets in the air—& so come down upon your head head at last—   Antaeus like be not long absent from the ground—   Those sentences are good and well discharged which are like so many little resiliencies from the spring floor of our life.—   a distinct fruit & kernel itself—springing from terra-firma. Let there be as many distinct plants as the soil & the light can sustain. Take as many bounds in a day as possible. Sentences uttered with your back to the wall. Those are the admirable bounds when the performer has lately touched the spring board. A good bound into the air from the air is a good & wholsome experience but what what shall we say to a man’s leaping off precipices in the attempt to fly—he comes down like lead . . .

The 11 November entry’d ended: “It is fatal to the writer to be too much possessed by his thought—   Things must lie a little remote to be described.” Continuing a somewhat dilatory exam of some of the sources of Ronald Johnson’s “Four Orphic Poems.” Johnson’s initial piece (out of the 1964 A Line of Poetry, a Row of Trees, reprinted in the 1969 Valley of the Many-Colored Grasses, a title, Guy Davenport notes—“True imagination makes up nothing; it is a way of seeing the world”—out of Edgar Allan Poe’s story “Eleonora”):

with your back to a wall’,
clear
as nails


but with all a lichen’s curious thrust.

The wall is one
of bone,

made by a forehead:

behind it, Bread, Fire & Writing came, of that greening-purple cabbage
(that is the brain)


glistening in its field in the first dews of morning.

Outside,
between bone & page, circlings

‘between a microscopic & a telescopic
world’,
attempting to read


of frost, spider & galactic cluster. That the syllables!


The field is newly plowed & unfenced. Its furrows

hold innumerable seeds
which have come on the wind, on wings
of birds.

will crack their burr & prickle? What words

In Poetry (CIV:4 / July 1964), where the piece initially appeared, three additional lines—“or the sheen off a moth’s wings, on bitter-sweet / leaves, / catches light.”—occur following “speckled bird’s eggs,” and “& I (like / Thoreau) . . .” reads “And I (like / Thoreau) . . .” The quoted lines “between a microscopic & a telescopic / world”: out of Thoreau’s Journal entry dated 19 February 1854, amid a field report out of the “Book of Nature,” its puzzling coherencies, and talk of “the mind of the universe . . . which we share” (kin to what Davenport, referring to Johnson, calls the “meticulous connoisseurship of the world as a system of harmonic advantages”). Thoreau:

I incline to walk now in swamps & on the river & ponds—where I cannot walk in summer—   I am struck by the greenness of the green briar at this season still covering the alders &c 12 feet high & full of shining & fresh berries—   The greenness of the sassafras shoots makes a similar impression.
The large moths ap. love the neighborhood of water—& are wont to suspend their cocoons over the edge of the meadow and river—places more or less inaccessible to men at least. I saw a button bush with what at first sight looked like the open pods of the locust or of the water asclepias attached—   They were the light ash-colored cocoons of the A. Promethea 4 or 5—with the completely withered & faded leaves wrapt around them—& so artfully and admirably secured to the twigs by fine silk wound round the leaf-stalk & the twig—which last add nothing to its strength being deciduous, but aid its deception—   They are taken at a little distance for a few curled & withered leaves left on. Though the particular twigs on which you find some coccoons may never or very rarely retain any leaves the maple for instance—there are enough leaves left on other shrubs & trees to warrant their adopting this disguise. Yet it is startling to think that the inference has in this case been drawn by some mind that as most other plants retain some leaves the walker will suspect these also to.
Each and all such disguises & other resources remind us that not some poor worms instinct merely, as we call it, but the mind of the universe rather which we share has been intended upon each particular object—   All the wit in the world was brought to bear on each case to secure its end—   It was long ago in a full senate of all intellects determined how coccoons had best be suspended— —kindred mind with mine that admires & approves decided it so. The hips of the late rose though more or less shrivelled, are still red & handsome—   It outlasts other hips—   The sweetbriar’s have lost their color & begun to decay. The former are still very abundant & showy in perfect corymbs of a dozen or so amid the button bushes. It might be called the water-rose. The trees in the maple swamp squeak from time to time like the first fainter sounds made by the red squirrel. I have little doubt the red squirrel must lay up food since I see them so rarely abroad. On the cherry twigs you see the shining clasp of catterpillar’s eggs—   The snow not only reveals a track but sometimes hands it down—to the ice that succeeds it. The sled track which I saw in the slight snow over the ice here Feb. 2nd—though we have had many snows since—& now there is no snow at all—is still perfectly marked on the ice.
Much study a weariness of the flesh! Ah—? But did not they intend that we should read & ponder—who covered the whole earth with alphabets—primers or bibles coarse or fine print—the very debris of the cliffs—the stivers of the rocks are covered with geographic lichens—no surface is permitted to be bare long—as by an inevitable decree we have come to times at last when our very waste paper is printed. Was not he who creates lichens the abetter of Cadmus when he invented letters, Types almost arrange themselves into words & sentences as dust arranges itself under the magnet. Print!—it is a close-hugging lichen that forms on a favorable surface—which paper offers—   The linen gets itself wrought into paper—that the song of the shirt may be printed on it—   Who placed us with eyes between a microscopic and a telescopic world?

Thoreau is quoted, too, in the final number of the “Four Orphic Poems”: “sinuosities // of meadow”* out of a 12 February 1851 Journal entry:

I find that it is an excellent walk for variety & novelty & wildness to keep round the edge of the meadow—the ice not being strong enough to bear and transparent as water—on the bare ground or snow just between the highest water mark and the present water line   A narrow, meandering walk rich in unexpected views and objects.
The line of rubbish which marks the higher tides withered flags & reeds & twigs & cranberries is to my eyes a very agreeable & significant line which nature traces along the edge of the meadows.
It is a strongly marked enduring natural line which in summer reminds me that the water has once stood over where I walk   Sometimes the grooved trees tell the same tale. The wrecks of the meadow fill a thousand coves and tell a thousand tales to those who can read them   Our prairial mediterranean shore. [. . .] To go up one side of the river & down the other following this way which meanders so much more than the river itself— If you cannot go on the ice—you are then gently compelled to take this course which is on the whole more beautiful—to follow the sinuosities of the meadow.

Thoreau’s “significant” following of “sinuosities” and Francis Bacon’s “labyrinth” as method. At the end of “Four Orphic Poems” Johnson writes: “For ‘where the figure is, the answer is’.” Elizabeth Sewell’s summing up of a Baconian “vision of a method of thinking, in which enfoldment and enlightenment are one and the same thing, in which there is no division between figure and meaning,” out of The Orphic Voice: Poetry and Natural History (1960). Sewell:

It is a darkness which is its own light, or, to change the Baconian figure for a moment, a labyrinth which is its own clue. In the De Sapientia Bacon says in the “Daedalus” fable, “the same man who devised the mazes of the labyrinth disclosed likewise the use of the clue,” as if figure and meaning belong by right together. One of his earliest works is called Filum Labyrinthi sive Formula Inquisitionis. His labyrinth is sometimes method . . . and sometimes nature itself: “But the universe to the eye of the human understanding is framed like a labyrinth, presenting as it does on every side so many ambiguities of way, such deceitful resemblances of objects and signs, natures so irregular in their lines, and so knotted and entangled” (preface to the Instauration). Yet where the figure is, the answer is.

The relationship of stone, ice and stars is systematic and enduring:
Novelty emerges after centuries, a rock spalls from the cliffs,
The glacier contracts and turns grayer,
The stream cuts new sinuosities in the meadow,
The sun moves through space and the earth with it,
The stars change places.