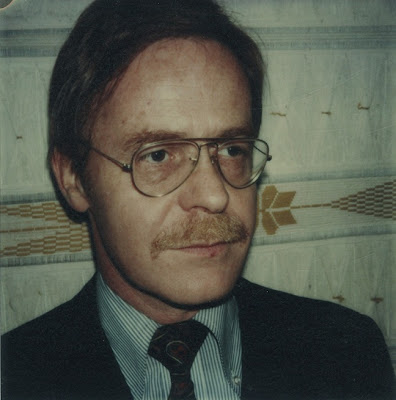 Ronald Johnson, the second of “Four Orphic Poems” (out of the 1964 A Line of Poetry, a Row of Trees):

There is an exquisite movement, like it were chaos,

but of a sweet proportion
& order:
the atoms, cells & parsley-ferns

Thus to Bacon it is ‘not of much use
to recount
the exact varieties of flower,


‘but never a cast shadow’,

& Whitman
could make lines that were irregular as waves

those ‘hefts
of the moving world’
felt


we hurtle, rotate, disintegrate, re-form,
with every step.

“Four Orphic Poems” is marked “for Elizabeth Sewell.” And it is out of Sewell’s The Orphic Voice: Poetry and Natural History (1960) that Johnson plucks the Bacon:

Besides, it is not of much use to recount or to know the exact varieties of flowers, as of the iris or tulip, no, nor of shells or dogs or hawks. For these and the like are but wanton sports and freaks of nature, and almost approach to the nature of individuals. And though they involve an exquisite knowledge of the particular objects, the information which they afford to the sciences is slight and almost useless. And yet these are the things which our ordinary natural history takes delight in.

That, out of Bacon’s Descriptio Globi Intellectualis (1612), is preceded by Bacon’s complaint regarding the usual “storied-without-compunct” trappings of natural history:

I know well that a natural history is extant, large in bulk, pleasing in variety, curious often in diligence; and yet strip it of fables, antiquities, quotations and opinions of authors, empty disputes and controversies, philology and ornaments (which are more fitted for table-talk and the nodes of learned men than for the institution of philosophy), and it will shrink into small compass; so that it would seem as if people were engaged in getting up a treasure-house of eloquence, rather than a sound and faithful narrative of facts . . .

Sewell’s argument: that Bacon is rejecting the accruing vagaries of “specimen collecting” in a concerted “shift of attention from entities to process, from the static to the dynamic.” She quotes Bacon’s De Augmentis Scientiarum (1623)—“Natural History treats of the deeds and works of nature”—and adds: “Nature is an action, to be reflected by natural history which is an activity in the mind.” Thus Johnson’s Whitman (out of “Song of Myself”) ceding “mastery” to the wholly processual world:

The earth by the sky staid with . . . . the daily close of their junction,
The heaved challenge from the east that moment over my head,
The mocking taunt, See then whether you shall be master!

From careful studies of a cheap bedroom window-curtain on its rod, and a leaf of cottager’s kale, we turn to a wild flight of spirits across the disc of a planet. There are thirty-three moons in this one volume, and vast flaming suns; but never a cast shadow from beginning to end. There are noble abbeys and palaces and, as backgrounds for figures, lofty lancet windows; but, above all these, the designer glories in ‘The Primitive Cottage’ as he calls it; nestling with its dove-cote and its mighty thatch, by brooks, in dells, and sometimes by a rumbling water-mill.

(Quoted in Geoffrey Grigson’s 1947 Samuel Palmer: The Visionary Years.) Is there a slight echo of Duncan’s “Often I am permitted to return to a meadow / as if it were a given property of the mind / that certain bounds hold against chaos” in Johnson’s opening? Maybe it’s simply the result of that subjunctive “were” (and, “naturally,” “chaos.”) In the fourth poem of “Four Orphic Poems,” the lovely lines:

are temporary boundaries’, the moving countries

where nothing
is seen in isolation.

Johnson’s line “Patterns are temporary boundaries” is seemingly out of the writings of the Hungarian art theorist Gyorgy Kepes in The New Landscape in Art and Science (1956): “although we see it as an entity—unified, distinct from its surroundings—a pattern in nature is a temporary boundary that both separates and connects the past and the future of the processes that trace it. . . . Patterns are the meeting points of actions. Noun and verb must be seen as one: process in pattern, pattern in process . . .”
Posted by John Latta at 7:26 AM