CCCXXXV
My languorous doubt
ply’d with ‘narcosis
and dirt’ sub-
dues the sentimental
klaxon in me.
Color is everything.
White vying with
certitude, discrepant, elegiac.
An industry-hue’d
saucer put out
with ouzo—load’d
with pale orange
apricots, knuckle-sized.
Delirium of grandly
damnable red, its
bladderwort synth ruckus,
it hubris exhumed.
Green what’s to
query green? Loco
quintessence of blue,
vulgar and piercing,
or a smudge
unextinguish’d. Yellow of
the implacid flâneur.
Off a streetcar—
a flying violet
stole the length
of a leash.
A cash-patent’d
light emitting diode
indigo like an
dime-thin slice
off a star, unhamper’d
by whatever piece-
meal conniption color’s
made to fit.

Stray undigest’d tidbits out of K. K. Ruthven’s 1990 Ezra Pound as Literary Critic, a thing chief emunctor Bobby Baird toss’d out and lit fire to here. I read it surround’d by big eat fixings and hellions, found it jampack’d with goods (Ruthven seems to’ve read everything Poundian), highly readable, tetch’d (slightly) with the now rather outdated discourse markers of ’eighties critical theory. Alors, some siftings. How Pound’s ridiculing of “the Germanic ideal of scholarship”—“an ensemble of such diversionary activities as the study of Privatleben trivia (what an ‘author wore and ate’ [why, suddenly, do I think of Barrett Watten’s Grand Piano reports of wearing—how’d it go?—an “ox-blood red shirt”—near kin to the Nixonian “respectable Republican cloth coat”—“is” we back to Privatleben-esqueries so soon?]) and insoluble textual cruxes (trying to decide whether the lection seca was preferable to secat in an epigram ‘not worth reading’)” grew out of a crisis in the American academy, one of its periodic bouts with some form of supposedly scientistic “rigor”:

Developed by men whose professional nightmare was to be accused of dilettantism, scholarship of this sort had blinded its practitioners to ‘the beauty of the classics’ and discouraged students like [Pound] himself from reading Latin ‘widely and for pleasure.’

Plus la même chose trigger’d the deconstructivist exuberance and fury, I’d wager. I used to underline the word “rigor” in every book: a sign of—one supposes—a whole discourse’s fear of flaccidity. Pound, though, whilst (according to Ruthven) scorning “the philological processing of literary texts under a Teutonic régime of scholarship,” isn’t going to toss off disciplinary hardness. He had, Ruthven says,

earned the right to be a critic after submitting himself to the discipline of philology. This was to be the stand he would take later against any artist who moved straight into an avant-garde style without first having worked through the dominant traditional modes in a recapitulatory fashion. ‘The strength of Picasso’, he wrote in 1921, ‘is largely in his having chewed through and chewed up a great mass of classicism’, which is what set his work apart from that of ‘flabby cubists’ incapable of doing anything else. Pound saw his own poetic experiments with Provençal forms in English as analogous prentice work, which qualified him to experiment with vers libre: ‘no one can do good free verse’, he told Iris Barry in 1916, ‘who hasn’t struggled with the regular.’

Hence, Pound’s “contempt for ‘the subsequent easy riders’.” (Elsewhere, Ruthven, in the course of remarking how the man who claim’d it ‘better to produce one Image in a lifetime than to produce voluminous works’, allow’d, too, “as early as 1909 that he himself had already ‘written and burned two novels and three hundred sonnets’.”)

All-pervading the reminders of the Grand Pianists: Pound telling James Laughlin that ‘when a man writes his meeemoires that a sign that he’s finished,’ or, to an American academic: ‘wd. not interest me in the least to write my literary autobiography.’ Though, Ruthven makes it plain that what’s need’d in studying groupuscular arrangements—is exactly what the Pianists fail to provide: “a brief sketch . . . of who met whom, through whose agency, and with what consequences . . . a full-length study of the social micro-networks in which literary criticism was produced . . . would reveal the hidden imbrication of critical predilections with socio-sexual opportunism.” (Reminding me of Kent Johnson’s brilliant line: “I am interested how all literary theory, however disinterested it may seem, is driven by the sex-drive, tell me honestly it’s not.”) Ruthven:

Within weeks of arriving in London Pound had come to understand something of the social pressures under which so-called ‘literary’ judgements are made, and the importance (as he phrased it in a letter written to his father in March 1909) of ‘being in the gang & being known by the right people’. The point of making friends with ‘the two hundred most interesting people’ in England, he was to write a few years later, is that ‘what these people say comes to pass’.

And how forget the tail end of the Poundian hierarchy—‘inventors’, ‘masters’, ‘diluters’ (‘more flabby’), the unnamed thousands ‘who do more or less good work in the more or less good style of a period’, and, butt end of the queue, ‘starters of crazes, the Ossians, and Gongoras’. The Flarfists, I wager Pound’d add. As F. W. Bateson, “who managed to avoid mentioning Pound’s name” whilst grabbing outright the categories for a textbooky-sounding 1950 volume call’d English Poetry: A Critical Introduction, put it: ‘decadents . . . reduced to “stunts” to get new effects out of the exhausted tradition’. 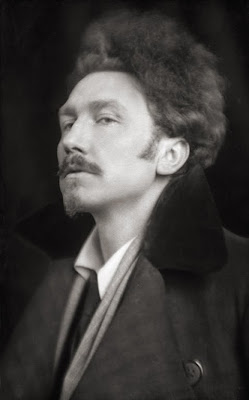