“The music is written as the plucking occurs . . .”

CCCXLIII
Frottements et coïncidences,
abrupt ornery dins
and noisy dervish-
works, what’s capital
is the fence
I threw up
around the bung’d
sonorousness estructuralisti of
the impermeable metropolis,
si, si, señor.
Just a momentiño
of peel’d quince
with sassafras’ll put
the world’s indubitable
fracas to rout,
according to Sut
Lovingood, who finds
everything flustratin’. Ah,
that monstrous paw’d
importunity to hammer
somebody or get
hammer’d, intractable as
a leit motif
in a hoopskirt,
or a rind
of fatback bacon
in a box.
Glorious gore and
cherubs, putty’d up
evangelical-hard spinsters
and suet-color’d
juicers out along
the bare spine
of the mountain,
caterwaul of catamounts,
fuck the city.

Poe: “Events not to be controlled have prevented me from making, at any time, any serious effort in what, under happier circumstances, would have been the field of my choice. With me poetry has been not a purpose, but a passion; and the passions should be held in reverence; they must not—they cannot at will be excited with an eye to the paltry compensations, or the more paltry commendations, of mankind.”

Ashbery: “There are poets whose work I read because I enjoy reading it, I find it beautiful, and then there are others whose poetry seems much more stimulating. I think writers tend to read things that will stimulate their writing. I am always rather envious of the general reader who can read without taking that into consideration.”

To my knowledge, Ashbery’s never mention’d Poe in any interview. Disinclined to yak. 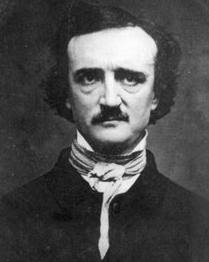 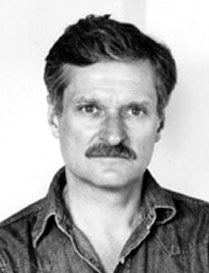 Out of Erín Moure’s My Beloved Wager: Essays from a Writing Practice (NeWest, 2009):

My Beloved Wager stems from a propulsion to speak out, albeit restlessly. In this collection of essays, “essay” is not pronouncement by the fraught terrain of a practice, an essai or try articulated from inside the work of poetry . . .
. . . it is not a recommendation or map for another’s writing or reading practice, for the path of any one practice is always necessarily fraught or frayed by small decisions, tumults, absence, absent-mindedness—processes that open the mind’s weave, the movements of small animals (feline) in domestic space. The trajectories of thought are as strings of a harp: all present, but only some plucked at any given moment, while the music is written as the plucking occurs. Startlingly, we can pluck some strings only by breaking them and, eventually, we must cast down the harp, for thought is not a stringed instrument at all but an organic passage within and through forces of nervousness, of dilemma, of

This record of a practice might indicate what a writing and reading practice can be, show the kinetic and lapidary nature (rature) of it. The insistinence. All assembled here in the hope (one hope) that some may find nourishment in the world