CCCLI
That gamut’s kaput. So
out I go rummaging
blurb-verbiage like an
involuntary canary singing mark-
edly off-key, nakedly.
Say I got stucco
up in my cornrows,
say I tiptoe my
mighty ass nightly up
the jam-ambassador’s stairs
to sack out with
Jack the cuspidor-keeper,
or sleep it off
in incongruous clothes, tree-
green. Here’s my port-
a-john now. He’s
tuck’d himself up with
a picnic basket red-
and-white checker’d thing
like a nance-chancellor
of the exchequer. Très
rococo. C’est rigolo, that
cocorico’d mot juste-rooster
noise. He annoys the
ditzy citizenry with nitpicky
riffs that mock the
clamor for glamorous standards.
The pud’s a dud.

Much as the Romans owed to Greece in the beginning, whilst their mind was, as it were, tuning itself to an after-effort of its own music, it suffered more in proportion by the influence of Greek literature subsequently, when it was already mature and ought to have worked for itself. It then became a superfetation upon and not an ingredient in, the national character. With the exception of the stern pragmatic historian and the moral satirist, it left nothing original to the Latin Muse.

So one might identify—“a superfetation upon and not an ingredient in”—the late effects of any style (and all “style” is “late”—that is the meaning of style.) Fœtor of the post-confessionalist infallibly popping—between thumb- and fingernails—every lousy louse pick’d off the human monkey, long’s it’s a louse, with no sense of selecting or inventing; fœtor of the post-language boy or girl aimlessly “sampling” and “torque-ing,” gussying up with indifferently screwball swerves (what FO’H didn’t say—“Just go on with your swerves”), a compleat failure of ear and relation, ideational or objective; fœtor of the “rage to fragment” crowd; fœtor of the stand-up horse-laughers (of the Dean Collins “right” and of the Flarfster “left”); fœtor of the serialists (numerical and alphabetical) who think such sectional pinpricks’ll sew anything up sufficiently tight; fœtor of the monkey-brain’d conceptualists dully putting pegs in holes. All the odor-eater replacement “scents” to cover up the foul-smelling stew of the self left bubbling in its own juices. (Now we’re cookin’.)

Coleridge’s is an odd national fret, and historical, and highly Romantic: arguing against any dependence off (or on) the world’s—the other’s—unavoidable Überstench, that influenza, a hectoring for the “ingredient in.” Ah, sweet self. Or is it simply the unabash’d and unabidable constant perspicacity of the opportunist Coleridge damns, all “tuning itself to an after-effort” and no “own music”? Ah sweet self, forgive us each and every one; come back. (Cf. talk lately of “an anti-aesthetic that is suddenly all over the place”—neo-confessionalist and its aping “identification”—in a memoir age, is we, yes, launch’d back along that silvery railroad line with its illusory bounty out there in the moonlight where the two tracks—mine and yours—meet? Whatever, brave citizenry, hap’d with “fragmentation, quotation, disruption, disjunction, agrammatical syntax, and so on”? I do recall some reportage somewhere along the lines of “Will Success Spoil Rock Hunter?” (1957) circa early ’eighties that went “Will Having Kids End Language Writing?” Call it the Ecclesiastes Effect (“turn, turn, turn”) in the Dynamics of Literary Change.)

A nation, to be great, ought to be compressed in its increment by nations more civilized than itself—as Greece by Persia; and Rome by Etruria, the Italian states, and Carthage. I remember Commodore Decatur saying to me at Malta, that he deplored the occupation of Louisiana by the United States, and wished that province had been possessed by England. He thought that if the United State got hold of Canada by conquest or cession, the last chance of his country becoming a great compact nation would be lost.

Lack of constraints = “The pure products of America / go crazy . . . It is only in isolate flecks that / something / is given off . . .” Apply that like a mustard pack to the face you crane forth with each day.

I love the moment that inevitably arrives when I no longer know’st whither I goeth—as Holofernes says, in Love’s Labour’s Lost, in pedant-mockery, with a “turgid and destitute” slap-down add’d in—“He draweth out the thread of his verbosity finer than the staple of his argument”—: “It insinuateth me of insanie.” I like the “frisson” (Ina gadda da vida sun-harumphing in el estómago) of seeking a way out of my “increment.” Here’s one. Something I “gave off” nigh some thirty-five years ago, out of a sense inchoate (larval) of the effect of the seeming boundlessness of American “space,” how it educed violence, the only measurable thing. (Is that what I meant? I don’t know. I vacillate between virulent bad-mouthing and jokery, contumacious nay-saying and heartbreak—fact is, I’d insist I had supreme affection for you all.) Here’s the piece, “Sans teeth, sans eyes, sans taste, sans everything”:

A scythe of sectile
Retelling.

An axhead
Hones the stump of truth like
Nerve ends spuriously

Anything so volatile—
Over and over
Imagination’s brink.

This is where science
Metes out credence
Heat not languor
Razes valence:
Violence we can measure.

Better to boil bad water and
Learn to cow ourselves
Into abilty.

Huge white Conestogas
Drift in and out
Of our conjunctival vision

So we work for a living
Stay drunk with
The fruit of
Two hundred years of national pride:

Lost destiny—
A continent slowly leaking into the swell . . . 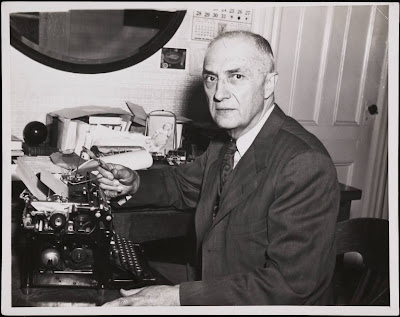