Some Reeds (Bruis’d by Light)

CCCL
A muff’d and X’d out
pencil sketch in the libro
di desegni of two magnificently
slender angels with the camp
naughty-in-the-privy looks
of critics, what Voltaire call’d
“insects of a single day.”
Who needs two critics? I
like the stupor of desire,
how plausibly the deferential skirting
of its spiel tallies with
the cattiness of its point’d
vulgarity, the way pleats tuck
excess up under style or
an X delineates a hub
and a quadrant. One begins—
hookah and chaise longue made
of wickerwork—to see nothing
beyond seeing, Leonardo da Vinci
painting through the unappeasable stench
of green lizards and crickets
in several states of decay.
Thorough and monumental writing’s disdain
for the parcel’d-out dead,
the pre-pucker’d astringency of
angels, that renegade stock brood.
Le superflu, chose si nécessaire
is what Voltaire calls it,
that fierce need to lap
up runoff, make light sustain
its exorbitant accrual of light.

Limber-leg’d and yawning, synaptical dragons snapping up and down the spine, up too early, too cold the bicycling in the unpitch’d light. Unladle the books out of the sack. Mephisto to Faust: “Yes, gracious lord, it is a pleasure.” And, Faust exit’d, continuing: “A fool in lub doan gibbons puff / And, yest to dive into ze darlink’s muff / He’d make ze sonne und moone und stars go woof.” Mallarmé, in “Music and Literature,” according to Daniel Tiffany—out of Infidel Poetics: Riddles, Nightlife, Substance (University of Chicago Press, 2009)—a book I find (glancing) rather turgid and destitute (foot now wedged severely in mouth, I’d better read it)—: “the disinterested poet, eschewing all virtuosity and bravado, must project his vision of the world and use the language of the school, home and market place, which seems most fitting to that purpose. The poetry will be lifted to some frightening, wavering, ecstatic pitch. . . . Wherever you find it, you must deny the ineffable; for somehow it will speak.” (Which zings me back into the arms of Wittgenstein’s lovely: “When one does not force himself to express the inexpressible, nothing is lost and the inexpressible is contained inexpressibly in that which is expressed”—wherein I’d likely do well to remain . . .)

Tiffany, though, ’s primping up Mallarmé against himself, in order (I think) to dizzify and rout rec’d interpretations (preeminently Eliot: accus’d of “advancing a poetics of verbal sublimation, or rarefaction, which yields a substance of lyric purity—a substance in contrast to the unrefined ‘words of the tribe.’” See, as Tiffany notes, “Little Gidding”: “Since our concern was speech and speech impelled us / To purify the dialect of the tribe.” Clearly Eliot didn’t get what “NO compromise with the public” Pound’d meant when he’d blue-pencil’d the slack and “pure” line “When Lil’s husband was coming back out of the Transport Corps” in the ur-Waste Land and replaced it with “When Lil’s husband got demobbed”) of Mallarmé’s famous insistence that the poet is “l’ange / Donner un sense plus pur aux mots de la tribu” (Tiffany: “the angel / Giving a purer sense to the words of tribe”). He offers Mallarmé’s call for demotic / domestic language (above) against both the “purifying” angel-figure and the indifferent, removed, “uncommon” mass-snubbing figure: “Whenever the masses are being herded indiscriminately toward self-interest, amusement, or convenience, it is essential that a very few disinterested persons should adopt an attitude of respectful indifference toward those common motivations.” Snub they masses, thieve they lingo, as Philip Levine might’ve put it, they-feed-they-lionishly. Sounds rather Flarfish, experts.

(Talk about turgid and destitute.) I’d rather be watery, limpid, and disconsolate. Reading, in my drifty manner, some of the remembrances of David Schubert in Works and Days, I see Theodore Weiss’s:

Once, most brotherly, and bitterly too, he said to me: “Ted, I beg of you, stay out of poetry. But if you have to write, find one way of looking and saying, one gimmick, and stick with that, hammer it in again and again. That way you’ll get yourself known.”

As poor dead Archie Ammons ’s prone to say, counseling, too, against poetry (in the manner it’s “pursu’d” in these States): “What a fuckin’ racket.” Ah, the blithe savagery of keeping-up-with-the-Joneses careerism: “The age has demanded or seemed to demand in the past fifteen years the concept book: poems with a plot, or at least books with some discussable and therefore promotable ‘hook,’ concept, or master form. The poetry collection as such has become antiquated, territory ceded to Quietism.” Sounds—and it’s rampant, if not allus so unguard’dly prop’d—rather like prepping for some fuckin’ excursus militaire. 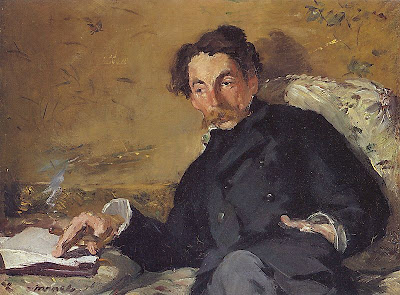