Proper care of the materials, human, historic, and natural, a respecting attunement: that’s one place to begin. Everywhere in Owens’s notes and accumulations that make up the six sections of Delaware Memoranda (BlazeVOX, 2008), a poem of the river that pours through the eponymous Water Gap, there is the insistence: “to strike an appropriate key.” Or: “the dire need / to repurpose the trash so rightfully ours.” Or:

That stagger’d list provides a sense of predecessor and heritage: one ought rightfully add: Paul Metcalf’s stripped-down historickal particulars (become mythic), Lorine Niedecker’s terse laconic detail, Basil Bunting’s chisel, and (in counter-current, thrusting against the tendency) a boisterous willingness to include all (“to speak in other words”), to collect and witness the roiling turbulence of what water gathers to itself, how “the river comes to mean / outside nets cast wide / beneath spanning bridges / the river comes to mean // —in other words.” Or the words of others. The sheer range of material is audacious enough—a fluvial mimickry at work bringing together tributary detritus (contributor and tribute there in the shallows). As Owens puts it amidst a bare-knuckled story about one Boney Quillen—“Rafter songster prankster”—who’s seen “running at times / shouting ahead ‘Cut ’er loose, boys’” (the shout a kind of commandment for the Memoranda’s poetic strategy):

not to know but announce
in the measure between words

that which is otherwise lost
in the dance of exchange.

There is, in the river’s flotsam and jetsam, its sweepings and leavings: reports of bar talk (at the Tom Quick in Milford, Pa., Charles Peirce and forester Gifford Pinchot territory); lines out of the old sea shanty call’d “The Golden Vanity” (descend’d out of a Child ballad—“He swam upon the ship / & he beat upon the side / crying Captain pick me up / for I’m weary with the tide”); remarks by the eighteenth century Quaker Richard Smith on “Manners and Customs of the Indians” (“They know Nothing yet of Hours or Miles but point to the Sun as to say they will perform such a Journey by that Time the Sun is in such a Position counting their Fingers for Days and using notched sticks for Almanacs . . .”); lines out of an obituary (in The Narrowsburg Democrat) for one river guide and “cave dweller Coxie Blivens, b. 1862–d . 1912” (“He eked out a meagre existence working around the village and for the past two years had lived in a cave across the river from Narrowsburg. It was hardly a cave but simply an over-hanging rock with a few boards as a shelter.”); some patches of “stark mad” lingual strutting mestizo compost talk (“nae sayin’ molestiae consequatur / occupé d’un problème’ / earfeþa gemyndig”); imperial etymologies (the “murderous endorsement” of a name: “Delaware. Third Earl de la Warr. / Title like any other—Peerage / of Great Britain”); letters—“John Adams to Abigail—May 1, 1777” (that is, “King Tammany’s Day,” Adams writing of Tamanend, one of the chiefs of the Lenni-Lenape, who, old, blind, forsook, “made him up a large Fire and threw himself into it.”); a piece of John Darnall’s “outline” for the Charter of Pennsylvania, wherein, under a Greek alphabetical listing, he details all the natural assets of the land and waters he believes William Penn ought gain control (“α. Lakes. rivulets / streams:”); signage (“TRENTON MAKES / THE WORLD TAKES”): and some terribly moving letters address’d “Dear Ric” and apparently written some few years back by Owens’s father “working abroad,” union labor for Reynolds Metals (“I am on nights again. Seems like this is the best time to write you. Emmett has stated working. He seems to be doing alright. He is working on the palletizers. He already had one accident. He caught his hand in the end fence when it comes out to pack the cans. The chipboard was folded up in the back. He put his hand in the back of it, hit the button and the end fence went back and caught his hand. He cut his fingers pretty good, but now he will learn not to put his hand in back of anything that comes out because it has to go back.”) Too, some reproductions, union letterhead paper. Throughout: nudges to how it all relates to the present predicaments:

& today the boiler broken
flooding the basement—
socks wet from snow
shoveling away what the city left behind
split wood
for fear of the cost of crude
levels rising
through moments of interminable conflict.

That put down next to (“Caritas & agency ensnared”)some lines pointing to an historical spasm of justifiable rage:

There’s something supple, all-including, and, most rare, highly moral about Owens’s work here in Delaware Memoranda: unhesitant witness he is, turning up the river’s sluice and item with measure and respect, all the while refusing to make a bright something where there is nothing: “Not to fetishize the fucking river / but to think through the transformation / —how we come—to be to mean / encountering others along the banks.” 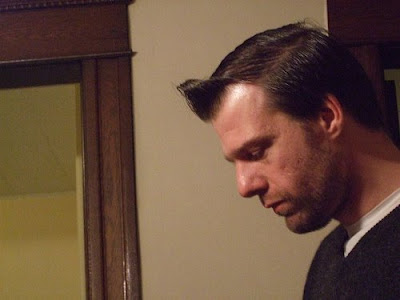 79
Comply meaning bend into agreement
With others, plaintiff moves to
Amend meaning the cop probably
Fibbed, suspension of privileges meaning
Hang out a shingle, the
Roof’s about to cave in.
Pitfalls of the everyday: issuing
Officers, preternatural apes, et cetera.
Overlook’d by the non-proceedings:
Tendency of the et cetera
To loom up like looms,
Shuttling up and tamping down
The low saturnaliack’d reveries of
The man at the wheel,
That God’s-body of a vibe-
Conductor, that interloper, that variant!
I fib, I cut “up.”
I drove that car like
A dipsomaniac through the airport
Not for the husbanding home
Of some errant ditty, no,
Not for “art,” that improbable
Term us denatured layabouts use
To cover “up” the faulty
Products of our daily crazes,
I drove that car because
Fifty-five mph is pure
Prudence, mystically right Wednesday morning
At ten with no traffic
Along a one-way stretch
Three lanes wide: see Voltaire,
See Lichtenberg, see Fichte, fuck
You.
The everyday with its
Cops, its controls, its con-
Jobs. Carelessness appeal’d gets re-
Assign’d to doubling up under
The singling zone at twice
The fine. The Pharaoh’s army
Got routed: injustice arbitrary make
Me weep, make me moan.