Forrest Gander’s As a Friend

On the Road (Gary, Indiana)

Somewhere in the middle of reading Forrest Gander’s short novel As a Friend (New Directions, 2008) I start’d thinking of Tom Clark’s soul-renderingly memorable lines: “Like musical instruments / Abandoned in a field / The parts of your feelings // Are starting to know a quiet / The pure conversion of your / Life into art seems destined // Never to occur.” It’s the implacable Orpheus-like sundering and disintegration (in the opening lines) combined with that lean premonitory plaint and recognition (“Never to occur”) that makes me yelp so. A yelp for art’s ancient capacities for myth-making. Now why that occur’d—my little moment of, well, itchiness, about that particular usage of art in the folderol of contemporaneity—is directly related to how I was reading Gander’s novel—that is, as a kind of skinny roman à clef, a version (with all the fat skimmed off) of some part of Arkansas poet Frank Stanford’s short life. Which is, admittedly, probably the “wrong” way to read anything. And, I admit, it made me itch a little—even in my admiration for the way Gander so deftly turn’d that life into art.

The book is structured rather like (clumsy metaphor warning) the reverse of Michael Snow’s 1967 film “Wavelength”—that forty-five minutes of excruciatingly slow zooming. Here the movement is out: a highly-detail’d beginning chapter records “The Birth”; the second chapter (the lengthiest, titled after the Poussin painting “Landscape with a Man Being Killed by a Snake”) uses conventional novelistic devices (summary, ellipsis, scene, &c.) to flesh out the narrator Clay’s relationship to his sometime surveying partner, the poet and charmer (and, finally, suicide) Les; the third chapter (“Beyond This Point, Monsters”) gets told by Les’s ex-lover Sarah in a mostly fragmentary hindsight’d reverie mark’d (calibrated) both by references both jazz’d (“You said that the world must listen to living things the way Miles Davis listens to music, marking everything that might be left out”) and sexual (“The Transverse Lute Position,” “The Goat and Tree Position”); and the final chapter (“Outtakes from the Film Interview”) presents the canned detritus of a life, snippets of Les talking, the “recovery” of a life, its parts (corner’d, pinned down, and (re)-construct’d by the “invention” of a myth). That Gander is wary of foolhardiness and gross imprecision of the chore is perfectly evident. One “outtake”:

Think of all the shit that insulates us from the real encounter. When Rimbaud writes I is another, I for one always figured he meant I is the imaginary. Your sense of self, my sense of self, it’s always imagined. Constructed. We can’t picture some objective reality any more than a photograph pictures what’s there, right? You know people in tribes that haven’t seen photographs, when they see one, even one that shows them their own face, they don’t always recognize the image. It’s miniature and flat and maybe black and white and it doesn’t have a smell, and the kick of being isn’t in it at all.

Which, being speech-mimickry, doesn’t capture the entirely lush pleasures of Gander’s prose. I got hook’d immediately—in the opening paragraph—by the rhythmic nimbleness of the sentences, the changeable explanatory drive to “answer” the initial query, moving from the bark’d out “States away” to the nigh-sneery dawdling of the final sentence, running through its excuses, as if changing its own mind mid-stream:

And where is he, the biological father of the unborn child? States away. One a New Orleans tugboat in violent Gulf water. Nor will he make it so far up the river again, with five weeks’ pay and anaconda boots, looking for a lovely girl’s ear to nibble, and with half a notion, steadily declining, to betroth his charismatic loathsomeness to whatever sad someone might part her lips for him, take in his torrent of lies, and mistake him for whatever he surely is not.

Truth is, the character Les—Frank Stanford stand-in or not—is a terrific piece of work, a complicated divergent bundle, a fascinator. Somewhere Sarah says, and it’s not clear if she’s longing for the everyday to dull the pain of loss, or repeating a thing Les (whose tremendous capacity for all things) said: “If only routine would brush sensation aside.” And Gander’s book is that sort of thing: I read it in a gulp, one sitting. It is prose pump’d up to a high pitch with no release—a gusto-prose, and Les-fitting:

His face was so weighted down by its brooding handsomeness that he seemed older and more convincing than the rest of us. His gravitas sucked us in. He could lock his eyes on you and draw you toward an alien realm where you were given to suspend you habits of thought. It was as if he’d come from a place where excitement wasn’t taken to be a reverse indicator of intelligence and where it was normal to mention Cocteau and blue-channel catfish in the same sentence. None of us had his range, none of us had read so much. The opal blackness of his eyes was magnetic. 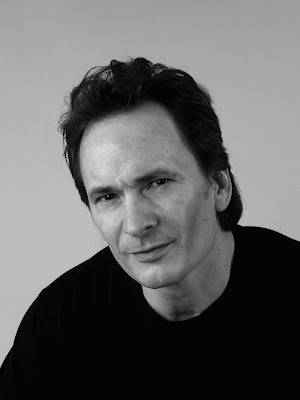 87
The Reverend Gilbert White records that field-crickets crink, early in May, a verb I put down with other words—Leeuwenhoek, fescue, dibble, smallage, bittern, vetch—in a notebook, something to worry and sample tottering through my cooking chores. Leek soup and potatoes, Saturday’s Chinese dibs and stunt’d pear salad, a presumptuous feast. Is crink a period noise, a shiny black vagary of early summer, or is it a slight and pliable indent push’d, a mechanism, a corner, a thing echolaliack’d and bent against itself? A pertinaceous pre-crease? John Keats, keeping it simple in a field of stubble in September, notes that “Hedge crickets sing,” daft impresario of the imprecise and florid—he thinks, too, that “small gnats mourn,” a verb the unlordly rampancy of midges staggers under. There under the gristle-gnaw’d skies in a funk of word-turpitude, a fever coming in with its iron-manacles to clutch the lungs, I see precisely how Keats is fighting off a plangent call simply to list the fetch’d impecables off the dump—osso buco, Pleistocene, fennel, Marmite. Champfleury, catamaran, whelk, Tituba. And Henry David Thoreau, out cricketing near Concord, records a scald cricket piping a Nibelungenlied. Ah, the pre-Christian armor-plated cricket with a poniard, a dirk! Knightlike it solos an incessant quire. The words pile up: Purslane, chaffinch, adamant, pleurisy. Wheatear, lanolin, Hellespont, veery. Salvia, limpkin, Katzenjammer, clerihew. I better go scrub the pots.