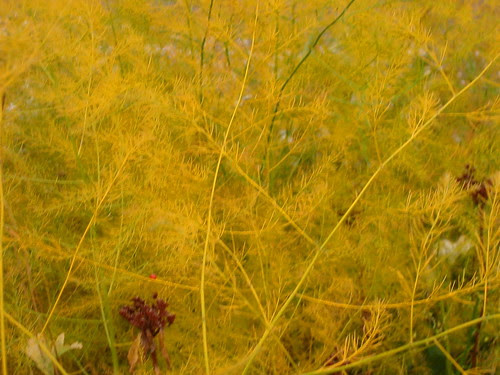 78
Nostalgia for mud,
For the bloody
Usines of raw

Meat, for tankards
Of ale and
Whole halves of

Whitefish plank’d: how
Easy it is
To winch up

The pieces dangling
Off the mighty
Crane, to guy

Each into place
To moot havoc
By assembly, remaking

The common machinery.
One paints a
Bundle of smear’d

Mauve lilacs toss’d
Down the empty
Elevator shaft. One

The lassitude of
A black-stocking’d
Dance-hall girl

Sheets. One a
Maori band of
Rotorua with pounamu

The brazen and
Contempt-heavy look
Of the repeatedly

Colonized. How quickly
The everyday catches
In the exigent

Its peccable bleeding
Utterances, its gaunt spoilages
And vasty bouts

Of things broken
Up and torn
Down, places unpeople’d

With no’s and
No nostalgie de
La boue, no.

And here, bicycling here, I found myself thinking of how each down’d leaf cupped a little miniature snowfield—collecting what the weather deliver’d, a little smutch of snow, early. I am singularly unprepared (for weather, for momentous (coherent) delivery here today—what little pre-sleep reading I managed (approaching the end of The Recognitions) swamp’d by sleep itself. And the other hours of the weekend subsumed by duty, errand, the odd visit, the yard with its high-layering oak-leaf detritus awash up to the ankles, the misfiring Lumina battery, the bicycle pedal beginning to “slip.” Le parti pris des choses. I did pause for a moment (“for a liver sausage sandwich”) over a remark Joseph Tabbi makes regarding William Gaddis’s characters (he’s talking in particular of Oscar Crease “immobilized amid boxes of ‘evidence’ for his original play in A Frolic of His Own”) and how each “struggles against time and entropy and an increasingly mediated culture that largely succeeded, in Gaddis’s lifetime, in redefining the creative artist as a performer.” And I think, yes, there’s that certain sort of pudding-headedness that makes of poetry a reader’s art—“The Art of the Poetry Reading”—as if to suggest the making itself insufficient. Or I think of all the ones (legion) who’d rather be rockers, and “settled” for poetry. I always liked William Matthews’s lines about that (in “The Penalty for Bigamy is Two Wives”): “I have a friend who writes poems who says he really wants to be a rock star—the high-heeled boots, the hand-held mike, the glare of underpants in the front row, the whole package. He says he likes the way music throws you back into your body, like organic food or heroin. But when he sings it is sleek and abstract except for the pain, like the silhouette of a dog baying at the moon, almost liver-shaped. . .” Later, Matthews approvingly calls the friend “a beautiful fake, like a planetarium ceiling,” but me, I’m not so sure. The readings, the recordings, the patter, the stand-up, the slam, the (oh Lord) videos, all the addled fulsome truck of delivery: I rather bow to the hermits, the agoraphobic, the crowd-contemptuous, the pure. Words display’d against “page.”

And: to read a paragraph (by Gaddis, it appear’d in Esquire back in George H. W. days), a one-sentence paragraph that so decisively seeks out the black-raisin heart of a daft rich-boy punk politician and skewers it—to read it is to long for Gaddis’s miraculous return, if only for the time required to push through a whole shish-kebob of hearts of the current mob of mediocrities (and worse), that they not re-emerge (like locusts, like palmerworms, like thieving Acridiidæ) out of the current euphoria:

J. Danforth Quayle, that dangling initial tells the story: the pompous self-importance of your small-town banker who forecloses the farm, your Gulf War general with the $5 million advance whose selective chronicle of slaughter is being written by someone else; J. Danforth Quayle, the acolyte of the reigning prince of hypocrites (two patrician middle initials this time): J. Danforth Quayle, who has in fact got principles of his own, derived from an abiding confusion of an elitism based on merit with a midwestern country-club version embracing the empty privileges of unearned money; and who is not the public joke so frequently portrayed but rather, in being smart rather than intelligent, using the vested interests that are using him, could, if allowed by a skipped heartbeat or a dazed electorate, emerge as quite a dangerous fellow. 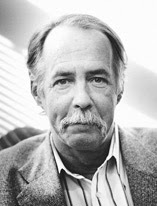