72
That poaching that Rich Owens point’d out in Michel de Certeau: I love that. “Everyday life invents itself by poaching in countless ways on the property of others.” Poach: meaning both “to poke” and “to thrust into a bag.” See the French pocher “to poke out (an eye),” usage possibly (originally) out of an analogy between an empty eye socket and a bag or pocket. “The critick threw away ’s Flayl and betook himself to poaching in the River, a more Gentleman-like way of Life.” The everyday bagged. Pocket’d. Poked down off a neighbor’s apple tree with a long stick. Gill-netted out of the brown-running sluggish river-washes like a carp, or spear’d in the spawn-roil’d shallows. Oaks, bark and branch, scour’d up and haul’d off out of the kingly woods, those “Nurseries and Receptacles of Thieves and them of beggarly Aspect, dung- Scrapers and the petulantly Lewd.” Hath not th’advantage. There’s a blunt militancy and demand to the everyday: that out of the common trough a meal be made. Beastly nourishment, what all narrative hangs off like a stol’n slab of beef in a body shop. Or an unrepentant motorist hacking a hind quarter off a big-belly’d doe with a jigsaw. I knew a man who’d unvariably bend any ear that ask’d for a cigarette: “Sure, a cigarette’s a free commodity. Like salt. Like water. Things that circulate under the auspex of need, a flightless bird.” He relay’d a story about the blue-foot’d booby of the Galapagos too: how the bigger of two nestlings’ll smartly beak its runty sibling “upside they head,” settling with no uncertainty one limit’d food-supply crisis on the guano-splash’d rocks.
Ah, the day puffs up adder-mouth’d, “no clear demarcation”—the everyday shaped like an egg, uvular, constricting, caught it the blood-red throat of its rising to no occasion beyond its daily invention. Plunged into a fury of water, it half-tatters into rags of white: scenes of capital cohering and nuptial doom. What New Lanark’s Robert Owen want’d: angelic order, rational workingmen, ever-attainable happiness. Macaulay call’d him “a gentle bore,” and claim’d he intruded “on the dancers.” One wag report’d: “Robert Owen is not a man to think differently of a book for having read it.” Another call’d him “pertinaceous as a mole.” Jeremy Bentham declared: “Owen begins in vapour and ends in mist.” One makes a momentary utopia out of what falls to hand and the day writhes and settles, or flails out again like a snake in a sack, hog-nosed, puff’d up, and hissing or gone belly up, mouth agape, playing dead amidst a musky scent of breath held for a day of national scrutiny.

Spent too long yesterday imploring the Muse, “ravish’d with an Enthousiasmos or divinely poetic fury” (“and it shows” in the discountenanced sprawl of what end’d up writ). I did wake in the pitch black night with the line “day of national scrutiny” butting at my brainbox like a goat, and managed to scribble it down, something I never do. And to think it must needs “go” right up there right away: probably a mistake. I did read in Thoreau’s Journals (he’s talking about how the etymologies of words contain ample semantic fruit—to put it rather oddly):

Language in its settled form is the record of men’s second thoughts; a more faithful utterance than they can momentarily give. What men say is so sifted and obliged to approve itself as answering to a common want, that nothing absolutely frivolous obtains currency in the language. The analogies of words are never whimsical and meaningless, but stand for real likenesses— Only the ethics of mankind, and not of any particular man give point and vigor to our speech.

Which reminds me (particularly the final sentence) a little of V. N. Vološinov’s ever-flowing “stream of speech” in opposition to random individual utterance. Isn’t there, too, a sense of the difference between “what men say” (“answering to a common want,” that is, with a limit’d semantic currency) and writing (“Language in its settled form”), wherein a word’s allow’d to “stretch” in all its, oh “furriness” (“shaggy and ecstatic” as Ronald Johnson says)? The danger: thinking one ought “control” the meanings, or simply be caught in the malarkey that they’ll never change. Too, late, reading well into William Gaddis’s The Recognitions (surely a “shaggy and ecstatic” thing if there ever were)—and built to an immoderate degree out of pure human speech—reading of the poet (he is legion, even “today”) who disavows that language itself thrives in such extravagance and erring:

And they passed under the eyes of the Paleolithic poet, glittering open from features whose prehistoric simplicity was faintly shadowed with apprehension at the sight of the opportune mutations going on around him, denying, by their very existence, the finality of his old-world wisdom, and suggesting, as they took to the air manipulating the baubles so helplessly evolved with a pretense of having designed them themselves, that perhaps, for all his belligerent cooperation with environment, that environment itself was changing, and not only he, but the entire species upon which he depended while living, and rescue from anonymity, perpetuation afterward, was to become part of the sodden floor, and the mat, and finally only traces on the crust itself.

My druthers in the convention of the “Paleolithic poet” routine, the creeping onslaught of Procrustean conformity and sour conservatism amongst the “post avant” “set” (or any other): to recall (continuously) the dictum of Oscar Wilde: “To get back to one’s youth, one has merely to repeat one’s follies.”

Terrific numbers at the local precinct today at seven when the polls open’d, longest lines and absolutely the most varied, and excited, crowd I’ve ever seen there. Time now for our “surge.” 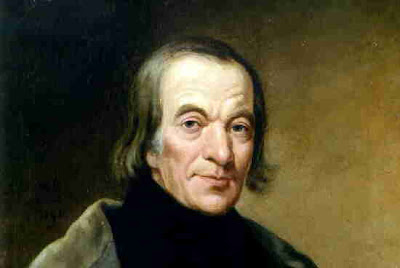