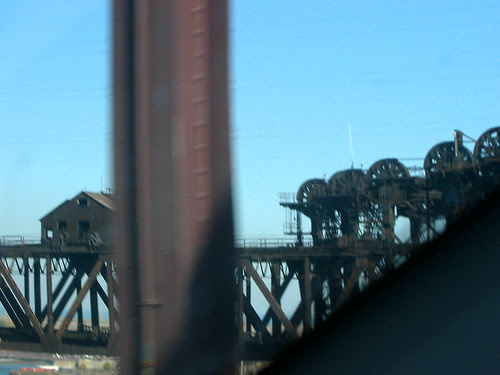 74
How humanity stands it without
A paint’d paradise: light twines
Through the honey locust, up
Half the fence, a crease
Running down the page where
The book of the day
Thuds shut. “Freedom comes cloth’d
In a clownish garment, is
The man that will turn
The world upside down.” A
Black sun, a red sky,
Black the light bounding off
The newel post, making in-
Distinct the banister, the risers,
The openwork of a clock
Plunged ticking into the earth
Like a flannel-wrapped heart.
The enormous tragedy of ungovernable
Incorporated machinery loos’d cutthroat and
Indifferent into a world govern’d
By “the meaner sort of
Men, drones and snakes,” so
That one stoops into God-
Prattle apocalyptic with greasy duds
Agreeable, easy with the match,
The song of the gunpowder:
Hast ’ou seen the rose?
It blooms up out of
Great mirey wash of things,
Grog-blossoms the nose, madders
The fat asses of Capital.
Red is the dog who
Crimps unspeakably up the stairs,
Head like a rutabaga, beat
Dog of no master, stoop
To that, the peasant’s bent
Shoulders slump’d of a Sunday
High in the mezzanine of
La Teatro Municipale in Piacenza
For a performance of Ponchielli’s
La Giaconda. Dispersal and commingling,
He stoops to music itself,
The way it disburdens, its
Carnal levity, its martial gravity.

“At a loss.” Meaning, oddly enough, “overwhelm’d.” Tipping (tipped, capsized, “whelved”—“I whelved a pot over it, to keep off the sun.”) into a ditch with some incalculable number of others, or other things, “stuff.” Writing “about” music with some (on the tiptoes of some) “intent” versus writing (riding) “the music” (a “heavier” thing, a beatific (beat-ridden) thing. (I used to attempt to dance note by note as opposed to “with the beat”—or the feet ’d keep a rhythmic steady whilst the body “above” flail’d and shimmy’d and unwound (lounging into whole notes, heightening up crescendo’d impermeables) to the gorgeous plowing of saxophone, pull’d “blue” guitars.) I read (keep reading) William Gaddis, overwhelm’d by the fangs of ’s erudition (though, mostly, they (the fangs) laugh-rattle in the mouth). (Maybe erudition is simply a matter of looking for amusements in the least likely of places.) I first had that thought whilst thumbing a talk call’d “Old Foes with New Faces” in Gaddis’s The Rush for Second Place, something present’d at a (1994) symposium on “The Writer and Religion.” Gaddis is delving into writings of “popular apologist Andrew M. Greeley” who apparently relishes “the fact that Catholicism ‘is not a democracy,’” extolling the church as “resolutely authoritarian.” The part that caught my eye:

“Catholics have sex more often than other Americans,” Father Greeley persists, ever divisive, and “are more playful in their erotic amusements than others.” The Decameron bears him out in many of its tales: a woman is tricked by an imposter priest into believing that he is the angel Gabriel and has fallen in love with her; after solacing himself with her, he escapes in a cloud of feathers, leaving his wings behind; elsewhere, an abbess surprised in delicto pulls the errant priest’s pants over her head, mistaking them in the dark for her cowl. Then there is the story of the nuns who coax a youth feigning mutism to service the entire convent—till one hot day the abbess finds him stretched out, apparently asleep. But “the wind lifting the forepart of his clothes,” she discovers his attraction and seizes upon him for herself.

I truck not with religion one way or another, but foibles and faults and the idiocy of claimants I love. What I’m wow’d by about Gaddis is the extent he’ll stretch looking at (the sides of) a thing. Critics of The Recognitions got they cowls in a twist about it all. See Jack Green’s (a pseudonym) legendary book Fire the Bastards! It collects pieces originally print’d (1962) in a mimeograph’d magazine call’d newspaper, a one-man sheet, pieces that damn’d the poverty of The Recognitions’s initial reception. (Though, amazingly, the book received something like fifty-five reviews.) (Mostly all saying the same thing.) On the books “erudition” (as collect’d, stylishly lower-cased, by Green):

an encyclopedia is not a work of art. (berger)

Unfortunately, into its 956 pages the author has apparently tried to cram everything he knows (burnette)

the polysyllables, sentence fragments and foreign words give the novel too “arty” a tone. (dixon)

Somebody arrives in Paris, and we get the whole background of Paris history before we go on with it. (wagenknecht)

Wyatt Gwyon and Wyatt’s creator, whose combined erudition is as annoying as Philo Vance’s (o’hearn)

a hail of erudition poured like boiling oil on the defenseless heads not of his enemies but of his readers (or does he intend an identity?).
It is precisely this last question which makes us uneasy: is it just the others whom he is assaulting, or is he after us too? (swados)

The reader scampering to catch the ever-defaulting hero in his many guises through bordellos and monasteries is exasperated by Author Gaddis, as Ancient Mariner, waylaying him with lectures on the Church Fathers, the Antichrist, Descartes or the “Book of the Dead.” (powell)

a wealth of religious reference which, meaningful as it may be to the expert, too often seems like so much theological name dropping. (newsweek)

[A list of books] may let you know that old Gaddis is a whiz with the reference cards in the library, but it adds very little to the novel in information about characters or insight into events. (bass)

as we press on through Mr. Gaddis’s heavy artillery fire (I counted eight different languages en route and there may well have been more), we begin to suspect that his contempt may extend to all those who know less than he.

The final quote: Harvey Swados in The Hudson Review, again. The others: John Berger in The Nation, Frances Burnette in The Baltimore Sun, George Dixon in The Pittsburgh Press, Charles J. Rolo in The Atlantic Monthly, Durwood Mcalister in The Atlanta Journal & Constitution, Edward A. Laycock in The Boston Globe, Edward Wagenknecht in The Chicago Tribune, Walter O’Hearn in The Montreal Star, Dawn Powell in The New York Post, and Milton R. Bass in The Berkshire Eagle. All circa 1955, on the book’s—Gaddis’s first—publication.

As for Philo Vance: Ogden Nash wrote, “Philo Vance / Needs a kick in the pance.” A foppish intellectual detective appearing in several novels by S. S. Van Dine (pseudonym of Willard Huntington Wright), author of The Gracie Allen Murder Case (1938), amongst others.

As for erudition: I think of Tom Clark’s little poem: “I was born with this body / So I use it.” 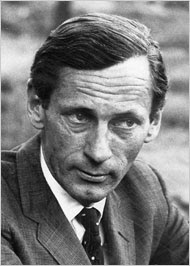