On the Road (Near Michigan City)

(I rarefy it—
What it is
Is a measly

Plank-built shed,
A republic of
The bloody-minded),

That it attain
A creditable speed.
So a mouth

An oboe, high-
Wood, creditably wail.
In the debit

Column: the republic
Of lost bearings
And sudden gales,

A sheltering bay
Strewn with rocks,
A mainmast shot

Away, midshipmen punishing
The hand-pumps.
A funny way

To talk about
How writing deposits
A low unassignable

History of itself,
Upends an intolerable
Regularity by defiant

Means doctor’d: borrows
Against its own
Commission, weighs futurity

An unsuitable raw
Recruit, with its
One song undone.

Finish’d William Gaddis’s The Recognitions. And, funnily, whilst I squeezed out the last dribbles out of it (si vous voulez), I kept, in skimming the slew of recent notices of Roberto Bolaño’s 2666, thinking how odd the nigh-unanimity of emphasis therein, that what Bolaño excels at, is a kind of lateral storytelling—sliding off the unfinish’d edifice of one tale and into another running parallel, rather endlessly. Which is more or less what Gaddis is doing, too. So that each character remains in bas-relief (part of the “stance” of continual smear requiring multiple perspectives Gaddis early alludes to: “There isn’t any single perspective, like the camera eye, the one we all look through and call it realism . . . the Flemish painter took twenty perspectives if he wished, and even in a small painting you can’t include it all in your single vision, your one miserable pair of eyes, like you can a photograph . . .”), before quoted). It is just one of the means Gaddis employs to keep the reader off-balance: for through (by means of), as he claim’d in an unpublish’d prefatory note to the novel that he composed in 1949, “the taking of the work and live of others,” he intend’d nothing less than “to work [all that] into a pattern to betray the lack of the pattern and still its final, if seemingly fortuitous persistence.” To “betray the lack” in art (and life) through “working” (manipulating the artifice) of art: what’s more perfectly Bolañoesque? (It damns us all for making art of misery, human misery—the bleak human condition—in the Gaddis / Bolaño percept.) So that: one ends The Recognitions (numerous gratuitous and implausible (and plausible) and somewhat blackly humorous deaths) with Stanley, a “minor character” (one finds one’s character sense and allegiances boffo not only due to the myriad narrative strands, but, too, because of the way Gaddis allows speech mannerisms to cue identity—who exactly is the man who interjects an annoying plethora of “Chrahst”s and where did one see him previously?) Stanley’s written an organ concerto and’s come to Fenestrula in Italy to perform it. He arrives there (everything is “off”—he first enters a “dimly lighted and possible private chapel of some sort: it turned out to be a public convenience”; dressing, he is “dismayed to find moth holes round about the crotch”; he sees the score “with sudden malignity, as though in that moment it had come through at the expense of everything, and everyone”; a priest attempts to prevent the concert saying: “—Prego, fare attenzione, non usi troppo i bassi, le note basse. La chiesa è così vecchia che le vibrazioni, capisce, potrebbero essere pericolose. Per favore non bassi . . . e non strane combinazioni di note, capisce . . .” [“Please, pay attention, don’t use too much bass, and low notes. The church is so old that the vibrations, you see, could be very dangerous. Please, no bass . . . and no strange combinations of notes, you understand.”]) To no avail:

When he was left alone, when he had pulled out one stop after another (for the work required it), Stanley straightened himself on the seat, tightened the knot of the red necktie, and struck. The music soared around him, from the corner of his eye he caught the glitter of his wrist watch, and even as he read the music before him, and saw his thumb and last finger dome down time after time with three black keys between them, wringing out fourths, the work he had copied coming over on the Conte di Brescia, wringing that chord of the devil’s interval from the full length of the thirty-foot bass pipes, he did not stop. The walls quivered, still he did not hesitate, Everything moved, and even falling, soared in atonement.
He was the only person caught in the collapse, and afterward, most of his work was recovered too, and it is still spoken of, when it is noted, with high regard, though seldom played.

(That “even falling, soared in atonement” cranks up the mysterious Frank O’Hara line writ in the notebook he carry’d into the Fire Island vehicle’s path: “He falls; but even in falling he is higher than those who fly into the ordinary sun.”) And isn’t that Gaddis himself, “caught in the collapse,” the way any work finally comes down around the head of its maker? And, because it is rather sourly funny, (isn’t it, too) a gentle prod into the ribs of those who’d see great paroxysms of heroics in art, the (model being the Poundian) work left unfinish’d (“unfinishable”) at death, what a laughably paltry achievement, that? “The devil's interval” refers to “the tritone, the interval of the augmented fourth”; in Steven Moore’s excellent guide (with annotations) to The Recognitions it is noted: “Its use was prohibited by early theorists.”

Earlier in the aforemention’d (unused) prefatory note, Gaddis points (somewhat distractingly, that is, ingenuously) to story-sources in nigh-tabloid journalism, the low-brow popular “rags”:

Regular readers of the New York Daily News, the Continental Daily Mail, and France-Soir, may feel the sudden blurt of familiarity with (certain) situations that arise in the following pages . . .
On the other hand, readers unfamiliar with the above or similar periodicals—or those who read nothing but market reports, the sports pages, and the news ‘that’s fit to print’—may credit me with an (imagination ) of infernal consequence: suffice it to say that no single (imagination) is completely aberant [sic] to concieve [sic] of the abundance of phantastical (horror) which exists on all sides today as reality. But these are the people who find (horror) only in fiction, which they consider a waste of their time and the time of the lunatic who set it down; while they accept the (remediable) disaster around them with indifference . . .

So reads the draft, ditch’d. Bolañoesqueries again. The low trumping the high. And today, what one reads (for highbrow “sport”—it “distills the world media’s discharge”) in Harper’s “Weekly Review” (“British researchers found that obesity may be socially contagious, a council in London banned the placing of foster children in households with smokers, and 700 couples were married in a mass wedding in the Eurasian separatist territory of Nagorno-Karabakh. Scientists in Japan produced clones of dead mice, a feat they say brings them closer to resurrecting extinct species, and author Michael Crichton died. Spanish authorities deported one of Osama bin Laden’s sons after denying his asylum application, monks brawled at Jerusalem’s Church of the Holy Sepulcher, where Christ was crucified and buried, and Israel’s Supreme Court ruled in favor of the destruction of parts of an ancient Muslim cemetery, where some of Saladin’s warriors are buried, to make way for a new Frank Gehry-designed $250 million Museum of Tolerance.”) is pre-echo’d in some of Gaddis:

The thirty-third person leaped from the Eiffel Tower (though unofficial figures had it nearer a hundred), this time from the 348-foot second platform, and after a twenty-year investigation the Friends of Cleopatra found that the remains in her grave, in the library garden of the Louvre, were not that queen at all, but the body of an Arab soldier killed in a Paris café brawl, and the mummy, looking like a tight bundle of rags, gone to a mass grave eighty years before, and all joy of the worm. . . .
In San Francisco, seven strands of barbed wire were strung at the jumping-off place on the Golden Gate Bridge, which one hundred and fifty people had chosen as a point of departure from this world since the bridge was opened in 1937.
In Moscow, Pravda announced that Hawaiian guitar music had been banned in Russia.
. . . Three hundred lepers were reported marching on the capital city of Columbia from their colony at Rio Agua de Dios. Nine Pilgrims were trampled to death, and twenty-five injured, jamming the gates of the Shrine of Chalma in Mexico. A Baptist minister in Rocky Mount, North Carolina, burned two copies of the new revised version of the Bible because it substituted the words young woman for virgin, and a Lutheran minister said they were both wrong: the word should be maiden. In Chicago there was a crime every 12.5 minutes. Some chickens exploded in a town near Hanover, Germany (they had eaten carbide dropped by British troops on maneuver and drunk water).

Etc. Reminds me, too, of a lecture by Isabel Allende claiming (with numerous press citations) that the much-vaunt’d “magical realism” of the Boum “merely” reflect’d the everyday “real.” 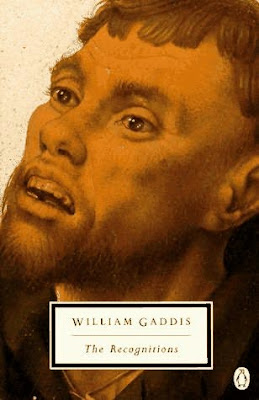