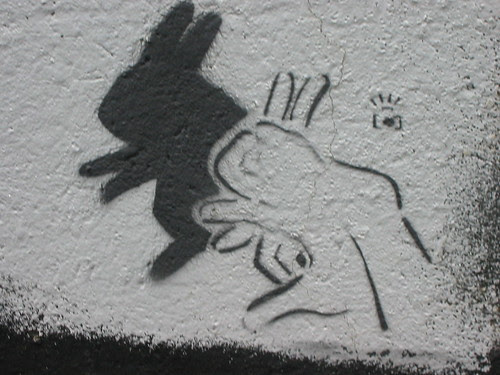 Last night, trying to write an “entry” for Steve Evans’s splendid Attention Span project (see 2006 call here), I noted something about how tired I’d become of poetry’s late “puerile disjunctive practices” (as if that were enough). It (the phrase, possibly “incautious,” just the way I like my phrases) knocks at me, boat against dock, slap of wavelets, sun-glare and horseflies tucking into a rolling dive-bomb . . . Against the fragment, the “heap” of fragments, the sliver-stuck hand, the untidy (or, often, tidy, wholly “justified,” a prose “heap”), one could posit the whole, that’s “pretty obvious.” And there is, certes, a whole conventional practice of the “whole,” the well-wrought urn, a sense of unity, of closure, the completed gesture (see the “whole”—with minor fender-dings—murderously efficient truck that is literature in the West). (I sense my chassis coming apart.) The lie (in the promise of unity) (every language convention tries to hide its particular lie) is that it is possible (likely) for one to see a world represented by such “full-blown” (think of the glassblower’s art, think of a disease’s “progress,” think of breaking out in hives) coverage (as a “unifying” literature claims). Old hat stuff—see Barthes in The Neutral, lecturing at the Collège de France nearly thirty years ago (25 March, 1978):

The ideosphere tends to establish itself as a doxa, which is to say as a “discourse” (a particular system of language), which is experienced by its users as a universal, natural discourse, one that goes without saying, whose typicality remains unperceived, whose every “exterior” is demoted to the status of marginality, of deviance,: discourse-law that isn’t perceived as law.

A discourse (poetry) whose “typicality remains unperceived”—that sounds like the dread “period style.” A thing that could be defined as exactly what every writer must write against. The paradox is: what is called for is not a simple paradox, else one “returns” to a doxa previously rejected. (No call here for the finely-made baubles of the elders.) Oddly enough, the language available (I’m talking about what’s sliding fitfully about on the possibly too-greased surface of my own brainpan) points to Bloom (not Leopold), that “swerve” to avoid, “misprision,” “clinamen” (I always think of it as a kind of flower). “At night clinamen jump . . .” I don’t know: my sense is a period of change settled rapidly into a period of consolidation (imitators, refiners). Time to pack in all that and head “out” (Barthes’s “exterior”) again. 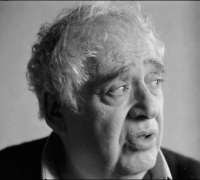