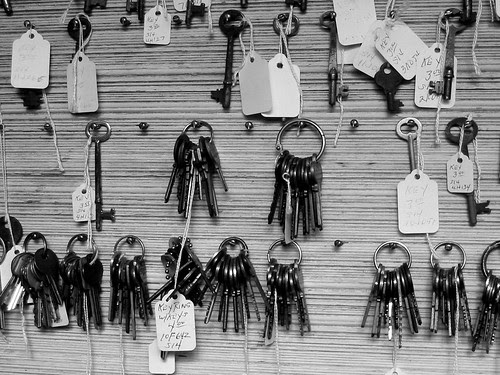 Jean Genet, in Prisoner of Love (1986), translated by Barbara Bray: “Even now—they’ll never grow up—Japanese potters still play with accidents. Whether it arises from the clay, the wheel, the kiln or the glaze, they watch out for any irregularity and sometimes even emphasize it. In any case they use it as a starting point for a new adventure. The shape and colour may be perfectly classical, but spoiled by a scratch or being under- or over-fired. So they pursue and develop the flaw, struggling fiercely, lovingly with and against it until it becomes deliberate, an expression of themselves. If they succeed they’re overjoyed: the result is modern.”

In the current “age” I suddenly recall how typing a piece (an “erstwhile” piece) went: that indelible mark unexpungeably there, and that propulsion to continue, messless and unstymied. I would begin a word wrongly. Rather than x-ing it out, I’d come up with a different—fitting—word. I wrote many pale blue aerogrammes in one “era.” (Why the ironic shakedown of time itself? That fierce old quick-change artist I destroy by relenting?) Over the oceanic surfaces of the four-fold marked flimsy aerogrammes I sent my brash and fatal pen, a yellow Penguin, boldly slant. (No pen fetish-monger me, it’s simply what the “moment” recalls.) There, too, any nib-slip would call for invention and prestidigitation. What grief if no substitute out’d.

I do—I notice—a mildly similar sketch with “my photographs.” (One must accommodate the pronoun with the picayunest sneer of a guffaw. Please.) I shoot wildly, download a bushel load, and attempt a genial (genius) recovery by means of crops and torturesqueries galore. The usual dim-outs and blackings. My motto: toss nothing to the dogs of rancor.

And “my words,” those profligate jots and tithes (to no churchly kingdom known)? “The scraps of God looked after by God’s scrapyard.” I render and sunder, assuaged by the activity of rendering, of sundering. I look askance and misapply. I sham-amble amongst a drift of idioms. I peruse indefatigably the razed tablets of the deciduous woods, leaflets of a supernal knowledge. In my beery globality I eschew nothing. I plant, I abrade, I wait.