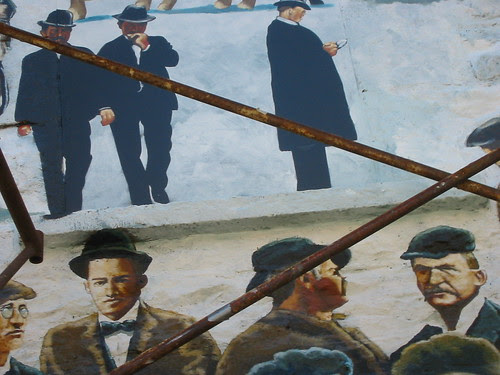 My clockwork journeywork here on the cloud-baffled earth continues. Clouds, the breezy illegibles. Ineligible haunts of my days, though at it, oh, at it. (This morning a lavender scrim shifted across some higher-ups, whiter, backlit by the

sun’s ineffable booming . . .) If I report how Henry David Thoreau, dining chez R. W. E., noted Louis Agassiz’s notion “that the intestinal worms in the mouse are not developed except in the stomach of the cat,” am I exempla or

metaphor. (Guy Davenport is there, too, one mouse below me: cat.) Or, as a model of literary clockwork, is that all too friable and vitriolic, likely to suffer reduction to citation-counting, ugh. (Go, man, go.) Or a moment comes—we’re not

getting anywhere, here, évidemment, évidemment, though the timer is outracing itself, the one thing that is always “at it,” and, as Kent Johnson predilectly (indelicately) points out: “We’ll all be dead soon.” And, if not, then

my name isn’t Cees Nooteboom! “I asked Posthuma de Boer to let me have a list of the hotels we had stayed in together. He sent the following inventory: Sucre Palace Hotel, La Paz . . . Hotel Mamounia, Marrakech . . . Apollo Hotel, Banjul,

Gambia . . .” Tedium’s cake, though I do love the way the sounds act like frosting to the mouth, something to make the tongue militate against. That old “nearest alphabetical match-point.” (Lost.) According to Rebecca Solnit, “in the third

century after Christ, Solinus located horse-footed men whose ears covered their bodies in place of clothes in Asia, birds that gave off light in Germany, and hyenas whose shadows stole the bark away from dogs in Africa.” (Resume incommensurate

niggling.) “I have today decided to undertake the composition of a book of poems. I shall name it “A Legal Pencil.” (Not jam-worthy.) Oh, bring all money of gold and siluer to our bullion which we shall cause to be ordeyned at our said Staples, yea. 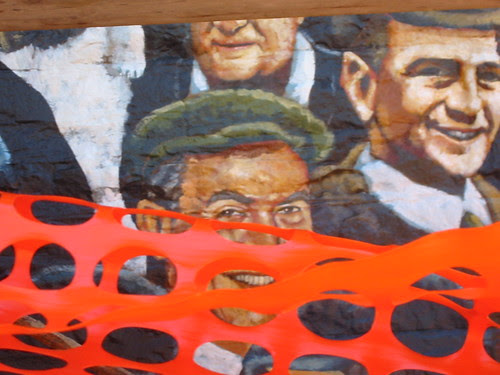