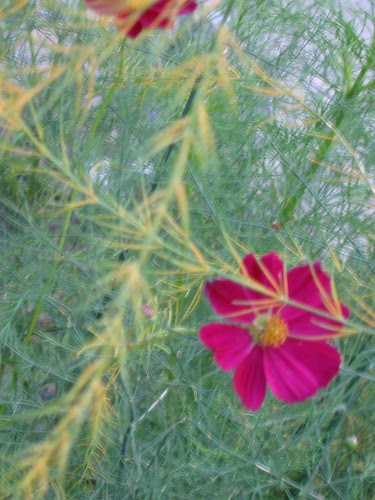 Coleridge, in the Notebooks, on Erasmus Darwin, author of The Loves of the Plants (1789), amongst others: “Dr. Darwin’s Poetry . . . arrests the attention too often.”

The vaunted preface to the Lyrical Ballads ’s been called “one long blast against Darwin.”

Wordsworth: “The remotest discoveries of the chemist, the botanist, or mineralogist will be as proper objects of the poet’s art as any upon which it can be employed, if the time should ever come when these things shall be familiar to us, and the relations under which they are contemplated by the followers of these respective sciences shall be manifestly and palpably material to us as enjoying and suffering beings. If the time should ever come when what is now called science, thus familiarized to men, shall be ready to put on, as it were, a form of flesh and blood, the poet will lend his divine spirit to aid the transfiguration, and will welcome the being thus produced, as a dear and genuine inmate of the household of man.”

Erasmus Darwin’s long poem, The Temple of Nature, traces “the progress of life from microscopic specks in primeval seas to its present culmination in man.” He explained “the principles of artesian wells and of fertilizers; he discovered how clouds form, by the adiabatic expansion of moist rising air; he gave an almost complete description of photosynthesis.” Darwin’s inventions included “a speaking machine and a horizontal windmill . . . novel designs for carriages, drill ploughs and canal lifts.”

The muse of this book is Erasmus Darwin, the late eighteenth-century doctor, botanist, inventor, poet, and intellectual precursor to his grandson Charles. The investigative energy and poetic ambition of his Botanic Garden (1791) suggested not so much a form as a sensibility with which to approach a period of political, intellectual, and biological transformation. Darwin’s poems address everything from the sexual life of plants to the evils of slavery, the conquest of Mexico, Franklin’s experiments with electricity, and the relation of poetry to painting. In their unwieldy asymmetries and their sudden leaps between botany, political and aesthetic history, technology, and pastoral romance, this work of the late Enlightenment seemed an eerily apt model for riding out the inter-discursive noise of the early twenty-first century. Poetry, it says, can be at once an account of the physical world, a rethinking of the order of things, and a caprice.

She continues briefly, notes that the titles in the book—forty short prose poems clumped into three sections, each section labeled “Canto” and each interrupted by a short poem, first, “Verses Omitted,” then, “Verses Omitted by Mistake,” finally, “Errata”—are “drawn from Darwin’s text.”

The alarm in my heart is made of silly brass, some of us can’t help but mourn the end of Lorca. Rain continues into rain, fire interrupts my car with all the better reason of the forest. I see misfortune in the eye of real weather. Pronouns understand their game before we join the histories that betray us. The happening of summer, all verb upon the land. Could word belie its little clouds, Montblanc would storm against the poet’s skin. His mansion is her excess love, a careful avalanche of we and they. A footstep bound for wary day awaits its sound upon the grain.

Lost words are lost boys. These woods are combing the hair of paradise. You’re waking and thinking, an opera of our minor ways: Sweet William, Virginia. What we fear in fearlessness turns over the table. You don’t blame the lamp for what you cannot read, the fire in the match not struck. How many coats, by federal surprise, regard you from the banks? We think we see them through the screen, the darkest flower’s gabardine.

Sample Darwinisms. Out of the fourth canto of The Temple of Nature:

Each pregnant Oak ten thousand acorns forms
Profusely scatter’d by autumnal storms;
Ten thousand seeds each pregnant poppy sheds
Profusely scatter’d from its waving heads;
The countless Aphides, prolific tribe,
With reedy trunks the honey’d sap imbibe;
Swarm on each leaf with eggs or embryons big,
And pendent nations tenant every twig. . . .
—All these, increasing by successive birth,
Would each o’erpeople ocean, air, and earth.

So human progenies, if unrestrain’d,
By climate friended, and by food sustain’d,
O’er seas and soils, prolific hordes! would spread
Erelong, and deluge their terraqueous bed;
But war, and pestilence, disease, and dearth,
Sweep the superfluous myriads from the earth. . . .

And, out of The Loves of the Plants, second part of Darwin’s bestselling Botanic Garden, lines out of an introductory proem:

Whereas P. OVIDIUS NASO, a great Necromancer in the famous Court of AUGUSTUS CAESAR, did by art poetic transmute Men, Women, and even Gods and Goddesses, into Trees and Flowers; I have undertaken by similar art to restore some of them to their original animality, after having remained prisoners so long in their respective vegetable mansions; and have here exhibited them before thee. Which thou may’st contemplate as diverse little pictures suspended over the chimney of a Lady’s dressing-room, connected only by a slight festoon of ribbons.

(One imagines Darwin besotted with a desire for mobility in plants—elsewhere he notes “The various motions of peculiar parts of vegetables evince the existence of muscles and nerves in those parts, such as the closing of their petals, and calyxes, at the approach of night, or in cold or wet weather; though the fibres and nerves which constitute these muscles are too fine for anatomical demonstration.” Or categorizes plant and animal based on “locomotive organizations” versus “stationary organizations.”)

That vegetable animality, here in the “sensitive plant”:

Weak with nice sense, the chaste MIMOSA stands,
From each rude touch withdraws her timid hands. . . .
Shuts her sweet eye-lids to approaching night
And hails with freshen’d charms the rising light.
Veil’d, with gay decency and modest pride,
Slow to the mosque she moves, an eastern bride.

Glancing up, I reread Willis’s “We think we see them through the screen, the darkest flower’s gabardine,” and think it sounds a near-pure Darwinesquerie. The Popean rhyme, the almost heroic couplet, the clotheshorse flower.

Is there a noticeable lack of nitty-gritty in the Willis book? There are lovely things, and a kind of comfortable assuredness, and a range of diction (“berm” to “blog”). Does the fact of the evoking of the polymathic and systemic Erasmus Darwin overpower the book’s somehow smaller accomplishment? Is Meteoric Flowers small, or merely denying any “total” gesture? I love things like: “The world is clanking: noun, noun, noun.” Or like “Who could get over the blatant radiance of a name like Doris Day. . . ?”

It’s that “riding out the inter-discursive noise of the early twenty-first century” that throws me. Vainly, I fossick the book for evidence of something like “the tedium, the defeat, and the horror of the century.” I find “Suddenly the daisycutter someone was waiting for.” I find “Everything heavy falls in September, a fire truck lost on polar seas.” I find “If a fox tore my throat, I wouldn’t sell it to lead a life of ‘curable sorrows.’ Vive la guerre, said the box.” I find “Folks pan out like zeroism on the grid, the state is red or blue.” I find “Gorky to Hartigan” and think the age needs its George Grosz, its Leon Golub.

One thought: why not a poetry that arrests the attention unceasingly? Why not a glut of poetry, shrill, harried, an overkill, a barrage of poetry concomitant to the beleaguered, ravished age? (Or it is that that notion of the modern world’s become an unexamined assumption, an encumbrance, a sententious thrill: “we so messed up!”) On the concomitant, Willis in the piece titled “Errata”: “for word, read world.”

Another thought: all “gists and piths,” hints and sleights, am I braiding together an argument here—or avoiding the challenge of making one? It is that I want to declare that the piling up of fragments—artful, wan, with a “luxe enamel,” or with dash, like a “goldleafed bug”—suffices no longer? It’s not that the Willis book baffles me; it’s a beaut. It’s that I am baffled by the (my own) irritant and niggle, can’t we (mustn’t we) begin to anger, to denounce, (at least) to assuage rather than to assemble our world-bits and word-hoards? 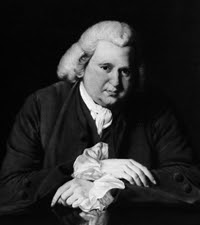