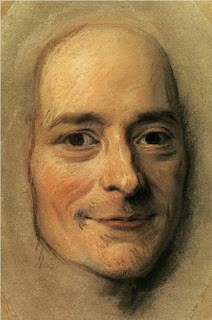 In our barbaric period, when the Franks, the Germans, the Bretons, the Lombards, the Spanish Mozarabs, could neither read nor write, schools and universities were founded consisting almost wholly of ecclesiastics, who knew nothing but their jargon and taught that jargon to those who wanted to learn it; the academies came only a long time afterward; they despised the nonsense of the schools, but didn’t always dare protest against it, for there is nonsense that people respect, provided it deals with respectable things.
The men of letters who have rendered the greatest services to the small number of thinking beings scattered over the earth are isolated literati, true scholars shut up in their studies, who have neither debated at the benches of the universities nor said things by halves in the academies; and they have almost all been persecuted. Our miserable species is so constructed that those who walk in the beaten path always throw stones at those who teach a new path . . . .
Who would believe that in the eighteenth century a philosopher would be dragged before secular courts and called impious by contentious prosecutors for saying that men could not practice the arts if they had no hands? I expect they will soon condemn to the galleys the first person to have the insolence to say that a man can’t think if he has no head: “For,” a bachelor of arts would tell him, “the soul is a pure spirit, the head is nothing but matter; God could put the soul in the heel, as well as in the brain; therefore I denounce you as an infidel.”
Perhaps the greatest misfortune for a man of letters is not in being the object of his brethren’s jealousy, or the victim of conspiracies, or held in contempt by the mighty of this world; but in being judged by idiots. Idiots sometimes go far, especially when they combine fanaticism with foolishness, and foolishness with a vengeful spirit. Further, the great misfortune for a man of letters is that ordinarily he has no connections. A bourgeois buys a minor office, and there he is, supported by his fellow-citizens. If he is treated unjustly, he will soon find defenders. The man of letters is without recourse; he resembles the flying fish: if he raises himself a little, the birds devour him; if he dives, the fish eat him up.

Weekend consumed tramping woodlots and fields and river bottoms to look at “confusing fall warblers” (note the restraint in the formula, Roger Tory Peterson’s). In a muddy field just greening with winter wheat: a smattering of thirty or so killdeer, a few horned larks interspersed. An Eastern bluebird overlooking a prairie remnant, sentinel in a pine. Days countenanced through the solace of looking, moving through the landskip, noting similarity and difference, and—“To leave no Rubs nor Botches in the Worke”— abiding within.