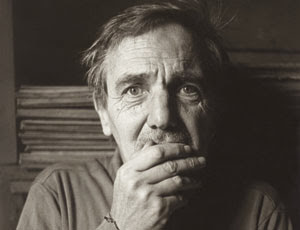 In an interview with Eliseo Álvarez found in The Last Interview and Other Conversations (2009), Roberto Bolaño details the lineage of Nazi Literature in the Americas—Bolaño’s book of biographical sketches of invented writers—thus:

This book, I’ll give it to you in descending order, owes a lot to The Temple of Iconoclasts by Rodolfo Wilcock, who is an Argentine writer but who wrote the book in Italian . . . At the same time, his book The Temple of Iconoclasts itself owes a debt to A Universal History of Infamy by Borges, which is not surprising at all because Wilcock was a friend and admirer of Borges. Borges’ A Universal History of Infamy, too, owes a debt to one of his teachers, Alfonso Reyes, the Mexican writer who has a book I think called Real and Imagined Portraits—my memory is in torpor. It’s just a jewel. Alfonso Reyes’ book also owes a debt to Marcel Schwob’s Imaginary Lives, which is where this all comes from. But at the same time, Imaginary Lives owes a major debt to the methodology and form of certain biographies perused by encyclopedic types.

“Encyclopedic types”: one notes (in conversation with Mónica Maristain in The Last Interview) Bolaño’s fondness for such readers: “the ones who dare to read Voltaire’s Philosophical Dictionary, which is one of the most pleasant and modern works I know”—thus hinting at another source.

In the “Preface to the 1954 Edition” of Borges’s A Universal History of Infamy (1972, translated by Norman Thomas di Giovanni) one reads that the works therein are “the irresponsible game of a shy young man who dared not write stories and so amused himself by falsifying and distorting (without any aesthetic justification whatever) the tales of others.” (In the “Preface to the First Edition,” dated 27 May 1935, Borges provides another tiny genealogy, thus:

The exercises in narrative prose that make up this book were written in 1933 and 1934. They stem, I believe, from my re-readings of Stevenson and Chesterton, and also from Sternberg’s early films, and perhaps from a certain biography of Evaristo Carriego. They overly exploit certain tricks: random enumerations, sudden shifts of continuity, and the paring down of a man’s whole life to two or three scenes. . . . They are not, they do not try to be, psychological.

Borges, too, accolades the reader: “I suspect that good readers are even blacker and rarer swans than good writers. . . . Reading, obviously, is an activity which comes after that of writing; it is more modest, more unobtrusive, more intellectual.” Sly sort of Nabokovian upsetting of the usual applecart with that “more intellectual.”

J. Rodolfo Wilcock’s 1972 The Temple of Iconoclasts is a book of (mostly) invented inventors. In an “Author’s Note,” Wilcock admits to a few historical ringers thrown in, thus pointing to a sort of lineage: “Nearly all the details mentioned in connection Babson, Lawson, and Hörbiger are drawn from Martin Gardner’s collection, In the Name of Science . . . Littlefield, Carroll, Kinnaman, Piazzi-Smyth, Lust, and the advocates of the hollow earth theory spring from the same source. . .” Out of The Temple of Iconoclasts (2000, translated by Lawrence Venuti), the opening of the entry for “Absalon Amet”:

Absalon Amet, clockmaker of La Rochelle, can certainly be dubbed the secret precursor of a not insignificant area in early modern philosophy—perhaps even the precursor of all modern philosophy. He was, more precisely, a pioneer in that vast field of inquiry motivated by a voluptuary and decorative aim: the random combination of words that are rarely combined in current usage, with the subsequent deduction of any meaning or meanings that might eventually be extracted from the whole. For example: “History is the movement of nothingness toward time,” “History is the movement of time toward nothingness,” “The flute is dialectic,” and similar combinations. A man of the Eighteenth Century, a man of wit, Amet never pretended to satire or knowledge; a man of mechanisms, he had no other wish but to exhibit a mechanism. Therein lay hidden and threatening, although unknown to him, a future teeming with horrid professors of semiotics and brilliant avant-garde poets.
Amet invented and constructed a Universal Philosophy, which in the beginning occupied a good portion of a table, but in the end filled an entire room. Essentially, the apparatus consisted of a rather simple assemblage of cogwheels, which were spring-driven and regulated in their movement by a special gear that periodically stopped the mechanism. In the initial version, five cogwheels of different diameters were coaxial with as many cylinders, large and small, covered completely with little plates which were each imprinted with a word. These plates rotated behind a wooden screen provided with narrow rectangular windows, so that if one stood in front of the screen, every rotation allowed a sequence of words to be read, always random but not always devoid of sense. Marie Plaisance Amet, the clockmaker’s only child, read these phrases and transcribed the most curious and apodictic in a huge ledger.

Proceeding, after some paragraphs relating various improvements to the rudimentary device:

In her ledger, she did not simply make note of such sentences as “The cat is indispensable to the progress of religion,” or “To wed tomorrow is not worth an egg now.” No, her pen also recorded, without her awareness, countless concepts that were then obscure, but which a century, two centuries later would be considered penetrating. For example, in Pensées et Mots Choisis du Philosophe Mecanique Universel (Select Thoughts and Words from the Universal Mechanical Philosophy), the collection published at Nantes in 1774 under the names of Absalon and Plaisance Amet, we find a sentence from Lautréamont (“The fish you feed swear no fraternity”), one from Rimbaud (“The sapient music lacks our desire”), and another from Laforgue (“The sun lays aside the papal stole”). What sense of future irreality induced the young lady—or her father on her behalf—to choose from thousands of sentences precisely those that would one day merit the anthology?
But perhaps the most remarkable are the sentences that possess a character purely philosophical, in the broadest sense of the word. How surprising to read the following in a book from 1774: “The real is rational”; “Boiled meat is life, broiled meat death”; “Art is sentiment”; “History is bunk”; “Existence is being toward death”; “Hell is everybody else”; “The text is always already deconstructed”; and many other combinations that have today become more or less renowned.

Of the Pensées et Mots Choisis du Philosophe Mecanique Universel, one reads of “three copies” being “recently found in the small, disorganized public library of Pornic in the lower Loire valley.” Books: systems of retrieval for language, the irrepressible engine of its inquiry. Borges again (out of the “Preface to the 1954 Edition”): “I should define as baroque that style which deliberately exhausts (or tries to exhaust) all its possibilities and which borders on its own parody.” And: “Baroque” is the name of one of the forms of syllogism; the eighteenth century applied it to certain excesses in the architecture and painting of the century before. I would say that the final stage of all styles is baroque when that style only too obviously exhibits or overdoes its own tricks. The baroque is intellectual, and Bernard Shaw has stated that all intellectual labor is essentially humorous.”