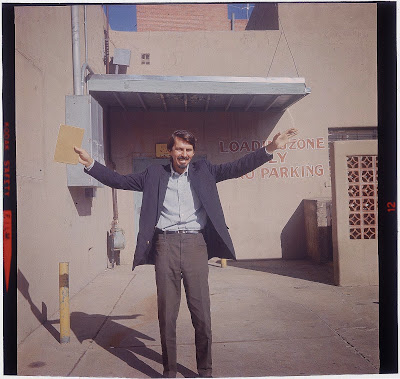 Reading, in smallish batches, the Rod Smith, Peter Baker, and Kaplan Harris-edited The Selected Letters of Robert Creeley (U. of California Press, 2014), rather daunted at times by Creeley’s plug-ugly prose, “burred with puncta, and virgule variety,” particularly in the letters to Charles Olson, mimicking Olson’s own, though capable of sudden percept and clarity: “No such thing as objectivity for the man who wants to do a good job.”* How little it seems to be acknowledged, that some notes by Wallace Stevens lie directly behind Creeley’s renowned remark, touted by Olson, that “form is never more than an extension of content.” Creeley, writing to Olson in a letter dated “Apr/28/50”:

Thinking of Stevens, who slipped into PR, with this: ‘Poetic form in its proper sense is a question of what appears within the poem itself . . . By appearance within the poem itself one means the things created and existing there . . . ’ Basic. Yet they won’t see it, that it cannot be a box or a bag or what you will.

Creeley quoting lines out of Stevens’s reply to a 1948 Partisan Review questionnaire concerning “The State of American Writing.” Stevens, under the rubric “Experiment in Form”:

There is . . . a usage with respect to form as if form in poetry was a derivative of plastic shape. . . . Poetic form in its proper sense is a question of what appears within the poem itself. It seems worth while to isolate this because it is always form in its inimical senses that destroys poetry. By inimical senses one means the trivialities. By appearance within the poem itself one means the things created and existing there.

Stevens’s “plastic shape” becoming Creeley’s “box or a bag,” the triviality of form presupposed. A few weeks later—in a letter to Olson dated “Monday/june 5”—Creeley’s reworking of Stevens’s formula arrives, descending out of a complaint against the supposed primacy of form in Auden’s work:

. . . absolute bull/shit. That is: the intelligence that had touted Auden as being a technical wonder, etc. Lacking all grip on the worn & useless character of his essence: thought. An attitude that puts weight, first: on form/ more than to say: what you have above: will never get to: content. Never in god’s world. Anyhow, form has now become so useless a term/ that I blush to use it. I wd imply a little of Stevens’ use (the things created in a poem and existing there . . . & too, go over into: the possible casts or methods for a way into/ a ‘subject’: to make it clear: that form is never more than an extension of content. An enacted or possible ‘stasis’ for thought. Means to.

Form being simply the “means to” a momentary “stasis”—thought caught. Content itself delivering up its required form. (Or is the “Means to” meant to point to form as a vehicle for the delivery of content?) If “content” seems primary in Creeley’s original statement, a sort of balance is struck in a subsequent letter to Olson (dated “June 21—50”):

A man, each man, is NEW. If his method, his form, IS the logic of his content: he cannot be but: NEW/ ‘original’. But the changes, whatever, in an existing method, by a man coming up, will most certainly, not of necessity: mean: new content. In the sense that it must be.

Recalling, surtout, Williams. I think of the Williams of The Great American Novel (1923), mocking himself with Williamsesqueries de trop and abounding delight:

I’m new, said she, I don’t think you’ll find my card here. You’re new; how interesting. Can you read the letters on that chart? Open your mouth. Breathe. Do you have headaches? No. Ah, yes, you are new. I’m new, said the oval moon at the bottom of the mist funnel, brightening and paling. I don’t think you’ll find my card there. Open your mouth—Breathe—A crater big enough to hold the land from New York to Philadelphia. New! I’m new, said the quartz crystal on the parlor table—like glass—Mr. Tiffany bought a car load of them. Like water or white rock candy—I’m new, said the mist rising from the duck pond, rising, curling, turning under the moon—Unknown grasses asleep in the level mists, pieces of the fog. Last night it was an ocean. Tonight trees. Already it is yesterday. Turned into the wrong street seeking to pass the power house from which the hum, hmmmmmmmmmmmmm—sprang. Electricity has been discovered for ever. I’m new, says the great dynamo. I am progress. I make a word. Listen! UMMMMMMMMMMMM—

* And capable, too, of a sort of brash comic insolence. I’m thinking of Creeley’s remarks regarding Eliot (“Eliot’s work, in the past, is of immense value for anyone who wants to take the time to go into it. I certainly have . . .”), found in a letter to Cid Corman dated “[April 23, 1950]”:

But when a man who up to this point has driven the car very nicely begins to go all over the road, we do not let him keep his seat. We kick him to hell out before we all crash. We don’t let him go on, in the case of Eliot, representing us, since he was once able to.