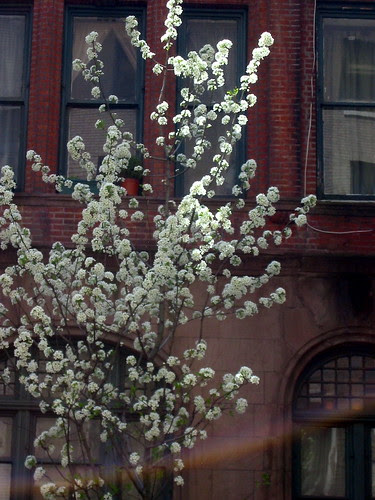 Thinking that that recent rhyme and metric werke (howsoever sloppy and picayune it is) ’s jism’d up (um, defiled) my ear: some entirety of audients commandeer’d to a signal untoward end. Cannot ascertain the usual voices (with they glib basso profundo uproar), source and solace of my “art.” Or, maybe, skeptical of the mired (enforced) regularity of my chatter, they gone off sulking. Oddly, I note how Isola di Rifiuti is approaching Hotel Point’s longevity, its point and moment of collapse. Is there a threshold the brainmeat, rough and perishable, refuses? I doubt it. Every threshold’s deck’d out in its own foul particulars, its flounces and lies. One seeks only a vehicle with a vehicle’s paltry seriatim charms palpable: one hunky catcher with one big “mitt” ’ld suffice (think of Jack Spicer). That is to say: a misfit audience is necessary, a misfit is sufficient; I’d exchange the daily bleating at the forum for the quotidian sneak carte postale to some aficionado of my mess any day (“oh you would not!”) Everybody wants an immoderate breeze (gusty, hortatory, illimit’d) malleable in the hands that receive it, no? That is to say: muss’d hair recombable (if not the eggy top of the cranial dome knock’d off—“Yellow, yellow yellow, yellow!”—I know it is poetry if it’s like a yoke-color’d sun hot in a vat.) (Wherein I seemingly lost the “thread” of my seizure: telephone lines down all throughout Big Muddy, the ditch I call my own.) (Thinking of Emily Dickinson, I bloom’d and swerved into William Carlos Williams.) (Or Sergio Leone.)

Hot in a hat, out
Hoeing the bean row, aerating
The clayey particulate cake of
It, a summer of no

Rain, no rain in Tokyo.
Nothing to rinse the linen
In, no tub or barrel
Of rainwater off a downspout,

Dry it is in Riyadh.
We keep a lookout for
Signs of clouds, dashing out
With buckets if one skirts

By, quick clouds of Dunkirk.
A cloud in the sky’s
A sty in the eye
Is what the locals say,

Proverbial-tongued locals of Mumbai.
That’s a crowd’d place, how
Local’s local in a place
With a populace of fourteen

Million people? It makes Karachi
Look small. Is that hat
Helping any? That’s a lot
Of beans need’d, and rain.

Who reads Thorstein Veblen these days? Dos Passos’s portrait of him (“a hulking lad with a reputation for laziness and wit . . . Reading he was happy . . . he had a stinging tongue and was famous for the funny names he called people . . . he had a constitutional inability to say yes”) demands—against all the “plump flunkies” and yesmen (and they are everywhere, they flourish particularly in the scoff-coffers of the arts where one’s assumed allegiance to the nays camouflages a terrible thriving industry of village pleasers)--one investigate the author of The Theory of the Leisure Class. Dos Passos, in a beaut of a sentence, begins the acquaintance:

Veblen,
a greyfaced shambling man lolling resentful at his desk with his cheek on his hand, in a low sarcastic mumble of intricate phrases subtly paying out the logical inescapable rope of matteroffact for a society to hang itself by,
dissecting out the century with a scalpel so keen, so comical, so exact that the professors and students ninetenths of the time didn’t know it was there, and the magnates and the respected windbags and the applauded loudspeakers never knew it was there.

“He was a man without small talk.” He translated the Laxdaelasaga. Carpenter’d tables and chairs, wrote “slowly at night in violet ink with a pen of his own designing.” “When he lectured he put his cheek on his hand and mumbled out his long spiral sentences, reiterative like the eddas. His language was a mixture of mechanics’ terms, scientific latinity, slang and Roget’s Thesaurus.” Vandyke beard and yellow teeth, women were always falling for him.